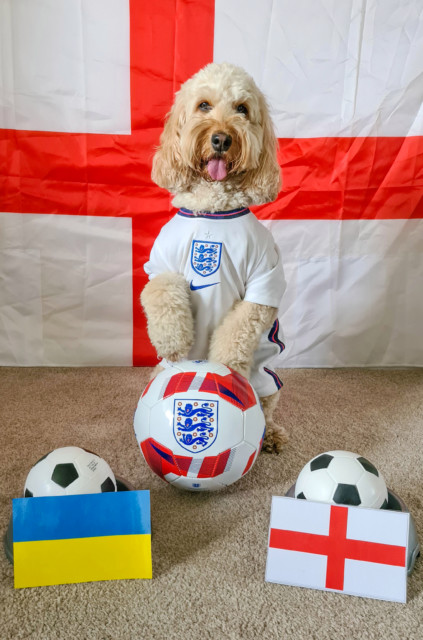 The clever Cockapoo munched on bratwurst in the previous round after paw-casting victory against arch-rivals Germany.

Now she is looking for a feast from the east after barking Gareth Southgate’s men to reach the semi-finals tonight.

“She’s correctly predicted the results for three of England’s four matches at the Euros so far.

“She’s on a roll and is hungry for more.

“We’ll be watching it with the rest of the nation – and will be with England’s Salami Army in Rome.”

Meanwhile, expats have flown from Dubai, Spain, the Czech Republic and other EU countries – as supporters flock to pubs to toast players’ fortunes ahead of kick-off at 8pm.

Tonight’s clash with Ukraine comes just days after Brits awoke with sore heads after a wild night of celebrations following the win over Germany, prompting plenty of calls in sick.

And bookies have slashed the odds on an England victory – meaning tomorrow could well be a write-off for millions.

UK cities are packed with punters preparing for the match, while expats in Italy are biting their nails.

Die-hard fans have been told not to fly out to Rome for tonight’s Euro 2020 game as the destination is on the travel amber list – meaning returning travellers face quarantine upon their return to the UK.

But double-jabbed, Covid-secure arrivals via France were allowed a 36-hour window without having to self-isolate.

Anyone caught breaking Covid regulations could be hit with a £386 fine. 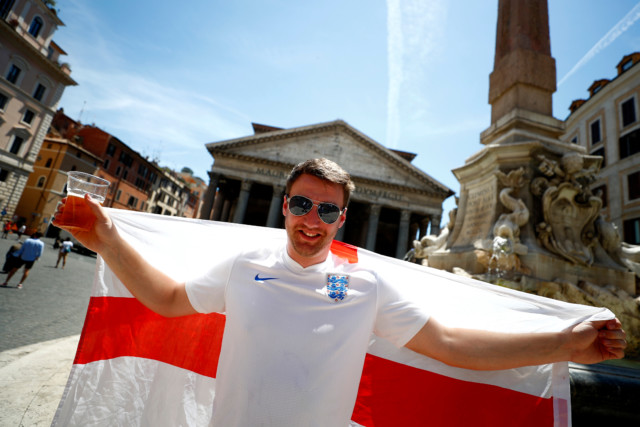