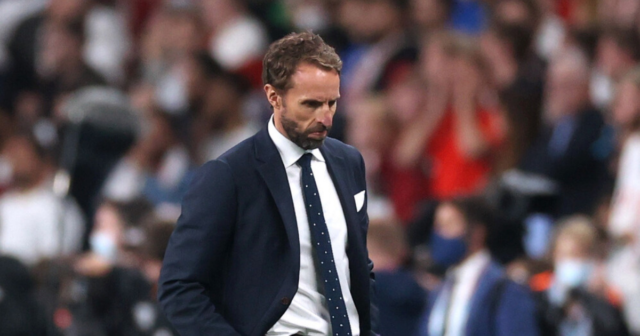 AN extra Bank Holiday for England’s Euro 2020 success has been ruled out after the crushing defeat to Italy.

The Prime Minister’s official spokesman said Downing St was looking “to identify a suitable way for the PM to thank the players and coaching staff for their efforts, but a bank holiday isn’t something that’s being considered”.

Boris Johnson was last week considering creating a footie Bank Holiday in August if England stormed to victory in the Euros.

HOAR learned officials were already drawing up proposals for a national day off so fans could celebrate a potential Three Lions triumph free from hated Covid restrictions.

However, that has now been ruled out.

Any parade had also been expected to be delayed until after Freedom Day on July 19 so supporters could join their heroes free from curbs on crowds.

It came after a whopping 300,000 footie-mad Brits signed a petition calling for a bank holiday if England beat Italy.

Heartbroken Brits are now calling for a Bank Holiday to mourn England’s defeat in the final.

The petition for the Prime Minister to give the UK a national day off passed 360,000 signatures after being launched just days ago.

Three Lions fans want a day of mourning after being left distraught when the curse of the penalty shootout struck again.

The devastating defeat set social media alive with questions about the fate of the day of rest.

“Yeah, about that bank holiday…,” one fan wrote.

Another tweeted: “We still get our bank holiday though, right?”

One anguished supporter added: “We need a bank holiday to mourn.”

The petition for a Bank Holiday was organised by Lee Jones, who argued it was “beneficial and sensible” to give the country the day off, before it gained nationwide support.

Advertisement. Scroll to continue reading.
In this article:anextra, hasbeen, thecrushing