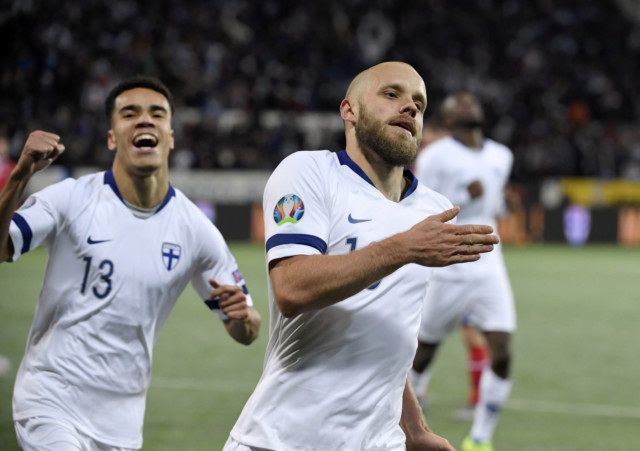 BELGIUM are looking to make a statement of intent as they take on newcomers Finland in their final Euro 2020 group match.

The Belgians are already through with two wins out of two and will top the group with a draw – while the Finns will progress with a win, or a draw if Russia lose to Denmark.

The Finns meanwhile would love to make their debut tournament even more memorable by escaping the group.

What time does Finland vs Belgium kick off?

What TV channel is Finland vs Belgium on and can I live stream it?

Can I watch Finland vs Belgium for free? 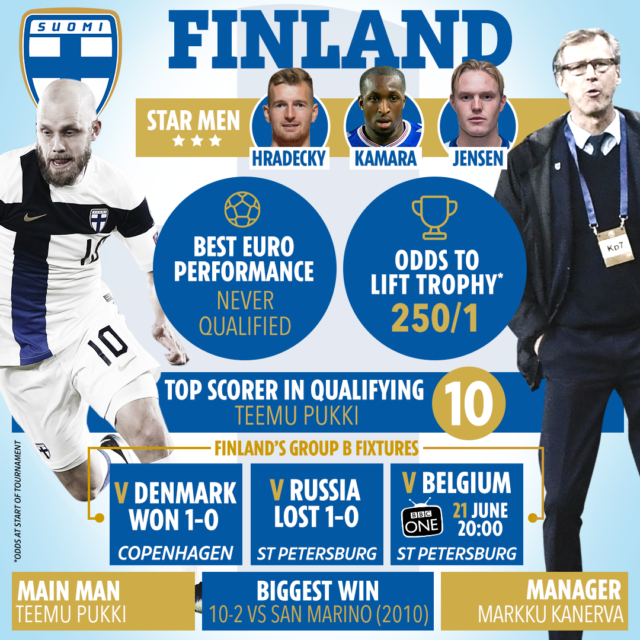 Reports claim Martinez will start Kevin De Bruyne, Alex Witsel and Eden Hazard in a bid to get the trio match fit.

Despite already qualifying, the ex-Everton boss is expected to put out a strong team as he wants to win every game.

Thorgan Hazard is at risk of suspension, along with Finland players Glen Kamara, Robin Lod, Tim Sparv and Daniel O’Shaughnessy.

But Kanerva cannot afford to rest those four stars as Finland need to play their strongest team to stand any chance of getting a result against the Belgians.

In this article:everton, progress, thegroup, win