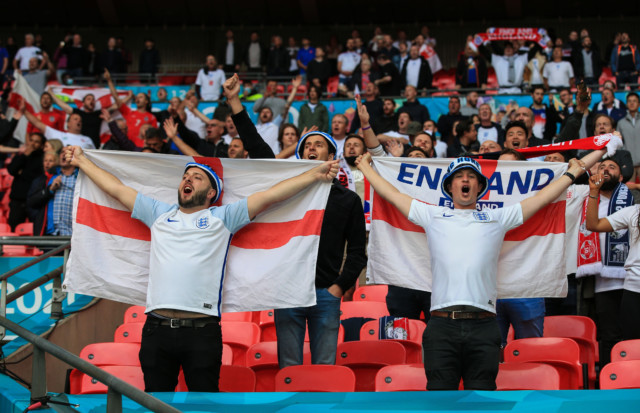 WHINING German fans threw a strop yesterday after learning they’ll be barred from the Euro 2020 clash with England due to Covid rules.

But there was zero sympathy from Three Lions supporters as it came just 24 hours after Chancellor Angela Merkel tried to ban Brits from holiday sunbeds throughout Europe.

Read our coronavirus live blog for the latest updates

England fans will be able join the 45,000 crowd at Wembley to roar on the Three Lions

To make it to Tuesday’s Wembley showdown, fans of our old foes would have had to fly out of Germany yesterday to stand any chance of completing a five-day UK quarantine period.

They would also have the headache of sourcing hard-to-find tickets for the reduced capacity 45,000-seat game.

And they would then have to take even more time off work to quarantine for two weeks when they got home thanks to their nation’s draconian Covid crackdown on arrivals from the UK.

Earlier this week, Chancellor Merkel urged EU nations to make all arrivals from the UK quarantine — regardless of whether they are double-jabbed — to halt the spread of the Delta variant. 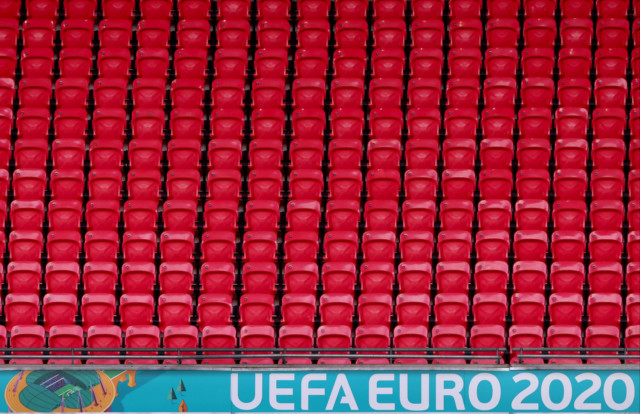 But England fan Graham Hartill, 50, from Dudley, West Mids, blasted: “They’re always first to the sunbeds on holiday and now they’re furious they can’t get first dibs on a seat at Wembley.

“They should stick to the rules and stay home like the vast majority of England fans are having to do.”

Newspaper Bild led the German moaning yesterday as it told their fans they would have to watch at home. Its report read: “Imagine Germany playing at Wembley Stadium — but no German fan is there live.

“Exactly this scenario threatens us on Tuesday. As of now, the national team has to forgo German support from the ranks. 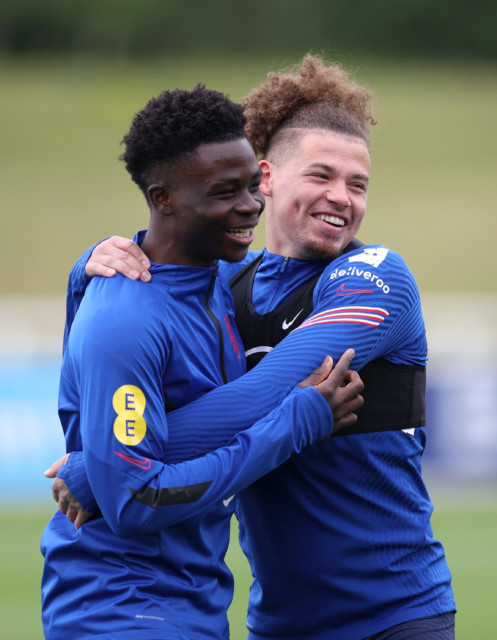 As well as having to leave by yesterday, the German fans would have to get a negative Covid test tomorrow and another an hour before Tuesday’s 5pm kick-off.

Car mechanic Michael Mueller, 23, from Munich, who had planned to travel with baker pal Juergen Litz, 25, said: “It’s heartbreaking — neither of us can get that amount of time off.

“The Brits want us to quarantine too. No way can we get that kind of dispensation from work for a single game — so it’s the TV for us.”

Anton Schumacher, 30, from Cham in Bavaria, said: “The only Germans at Wembley will be those who live in the UK. I would have loved to have gone but Covid has stuffed us.”

Dirk Hoffman, 40, a trucker from Berlin, added: “Corona has come down on the side of the English. Our boys would have loved to see and hear us there, but it is what it is. Still, I think we’re going to win.” 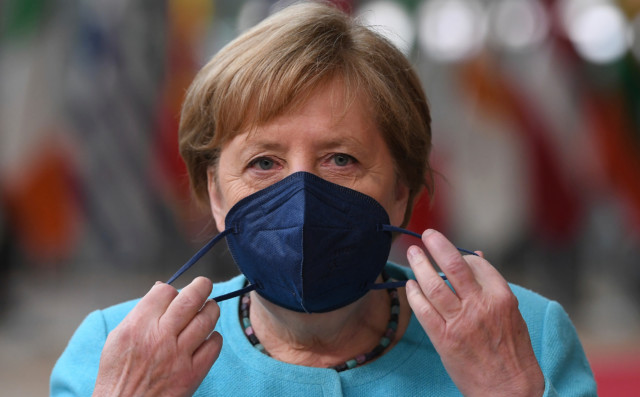 But England fans were unconcerned by their rivals’ griping.

James Ceppi di Lecco, 37, of Blackheath, South East London, said last night: “It laughable that the Germans are moaning about getting to the game when they’re trying to stop us going on holiday.

“How can they complain when they can do just five days’ quarantine in our country and we have to do 14 in theirs when most Brits are now double-jabbed?”

Tony Stevens, 26, of Bermondsey, South London, told HOAR: “After the way they’ve behaved with trying to stop us from travelling abroad this summer, it does make you laugh.

“We’ll win on Tuesday and carry the boys over the lines.”

Also untroubled by the German fans’ woes, England’s Euro 2020 stars resumed training yesterday after being given a day off by boss Gareth Southgate following their 1-0 win over the Czech Republic. 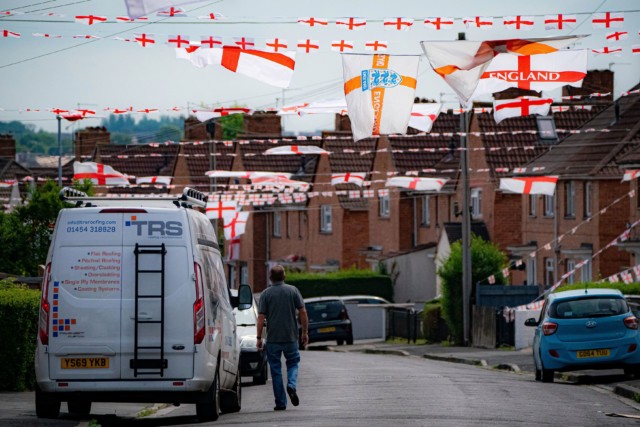 England fans are gearing up for the clash on Tuesday

But Arsenal ace Bukayo Saka, 19, still found time for a chat about his man-of-the-match heroics — chilling on a bean bag at their St George’s Park training camp in Burton, Staffs.

He said: “My phone was booming — I didn’t know where to start with replying. It was amazing — one of the best moments of my career and my life to step on to the Wembley pitch.” 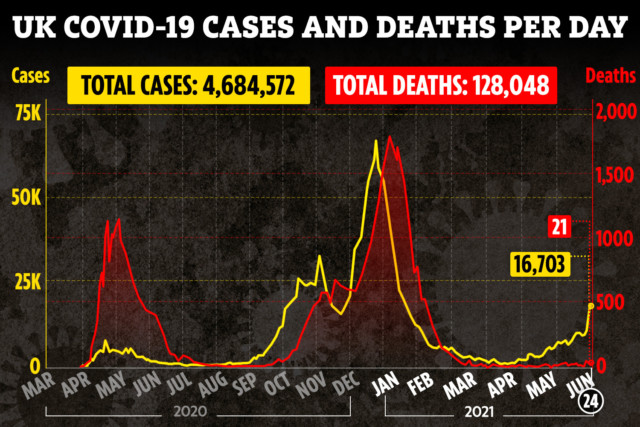