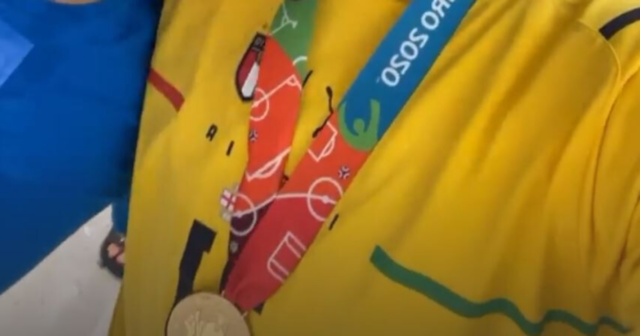 ITALY keeper Gianluigi Donnarumma trolled England after his side beat them in the Euro 2020 final by singing ‘It’s Coming Home’ down the camera.

The stopper could not resist the jibe at the Three Lions after his penalty heroics saw the Azzurri win Euro 2020 at Wembley.

And the giant glovesman could not hide his joy after the victory,

In footage posted on his Instagram, the former AC Milan ace and Domenico Berardi were seen blasting out the anthem in the Wembley dressing room.

Donnarumma had his winner’s medal around his neck before he was grappled by another team-mate.

The clip came just moments after the man between the sticks was named player-of-the-tournament.

He was presented with his award on the Wembley pitch by Uefa chief Aleksander Čeferin.

Donnarumma was one of several Italy stars filmed celebrating wildly after their win.

It was a cagey affair at Wembley

But they lost steam in the second half as Leonardo Bonucci bundled a 67th minute equaliser.

But Sancho and Saka are still barely out of water wings as internationals.