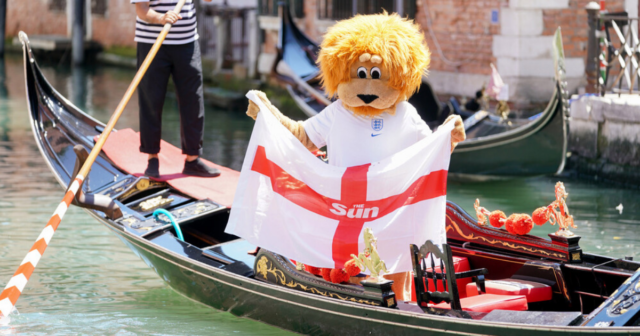 SUN mascot Harry Mane unfurls our England flag on a Venice gondola — to let Italy know our boys will lick them.

The lucky lion roared “it’s coming home” as he travelled the Grand Canal like the singer in the ice cream ad.

Harry caused a splash when he reached Venice from Rome ahead of tonight’s final.

And he warned: “They know we mean business now.”

Harry said: “It’s great to be in Venice – what a beautiful city. It’s amazing.

“It’s important we tell as many Italians as possible that it’s coming home! I had a good time singing that which amused the locals.

“What better way than going across Venice on a gondola.

“Locals turned their heads and were totally surprised – which is great.

“They know we mean business now.

Raffele Cini, whose gondolier navigated Harry across the river said it was good fun. 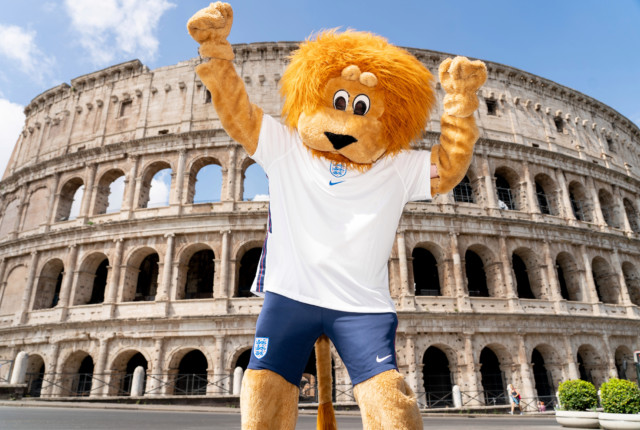 The 42-year-old added: “The Lion is great. We have our work cut out now.

“It’s going to be such a huge challenge against England. 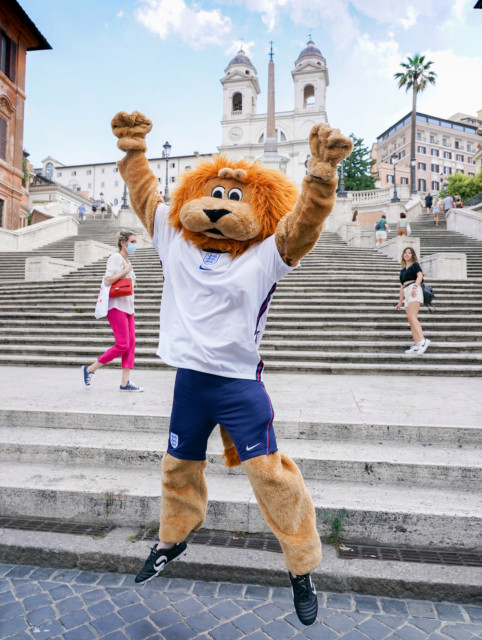 Harry spent time in Rome before heading to Venice