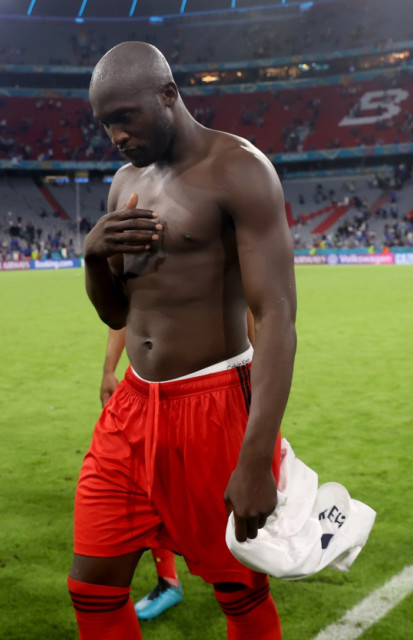 CHELSEA have been dealt a setback in their pursuit of Romelu Lukaku as the striker is set to stay at Inter Milan, according to reports.

Inter Milan were expected to sell players this summer due to financial fair play concerns but the imminent sale of Achraf Hakimi to PSG has reportedly resolved that issue.

And according to Fabrizio Romano, Inter do not need to sell another big name.

He told his Twitch stream: “Lukaku is so happy with Inter. I think he is staying. The feeling at Inter is that Lukaku’s staying.

“After selling Hakimi I don’t see Inter selling another star this summer, unless there is a crazy bid.”

Lukaku has previously committed his future to the Serie A champions, at least verbally.

He responded he was “happy at Inter” when Trevor Sinclair asked if he fancied a move to Manchester City in June.

And after Simone Inzaghi was appointed as Antonio Conte’s replacement Lukaku said: “I am staying at Inter. I’ve already had contact with new manager Inzaghi.

“Maybe I shouldn’t say that yet… but it was a very positive conversation. There’s also the challenge of doing it again [winning the league].”

Chelsea are believed to be keen on signing a striker this summer and have also targeted Borussia Dortmund star Erling Haaland.

And the Norweigan is said to be expecting a move to Stamford Bridge this summer.