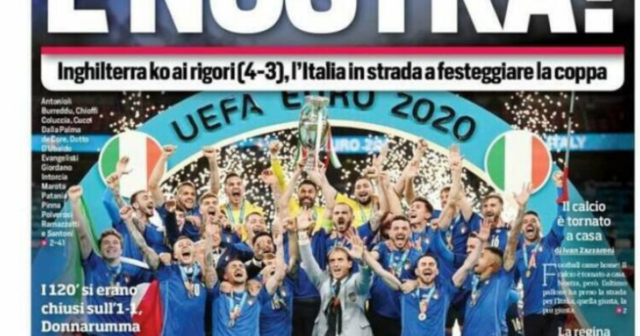 The Azzurri held their nerve from 12 yards as they squeaked past the Three Lions to win Euro 2020.

‘It’s Ours!’ was the cry of Corriere dello Sport
‘Just Us!’ proclaim Tuttosport 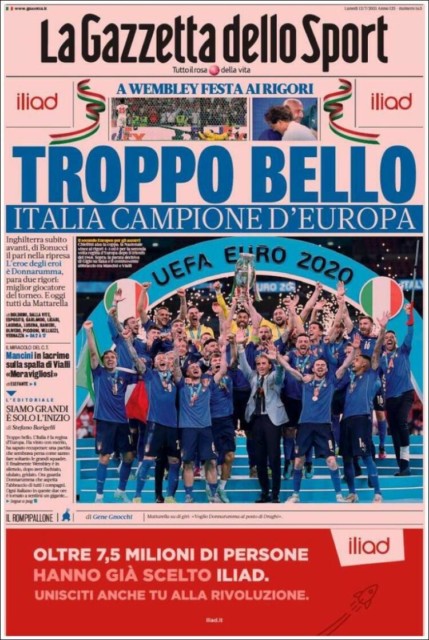 La Gazzetta believe that Italy were ‘Too Good’

As you can imagine, the Italian papers lapped up their team’s fantastic success.

Corriere dello Sport led with ‘It’s Ours!’ accompanied by a picture of their squad celebrating with the trophy.

Using a similar image, Tuttosport went for ‘Just us!’.

La Gazzetta dello Sport opted for the headline ‘Too Good’.

They included the headline ‘Invincibles’.

Two of the four Spanish sports dailies led with the game, with Marca writing ‘Wembleyazo’ and AS going for ‘Bravissima! 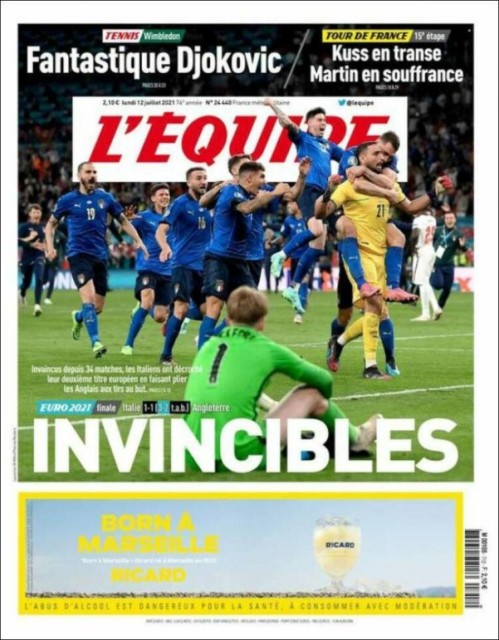 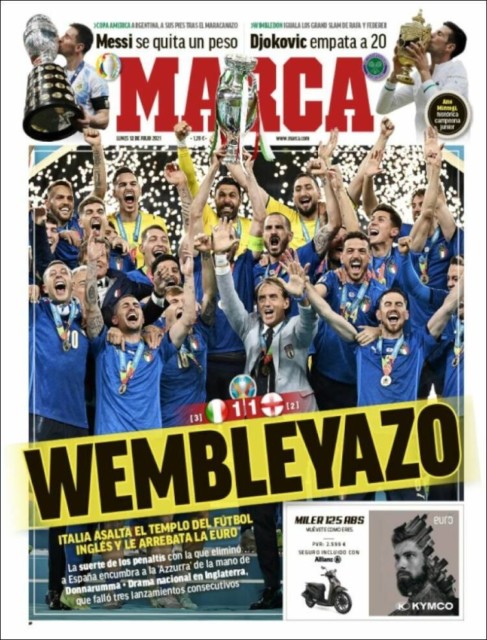 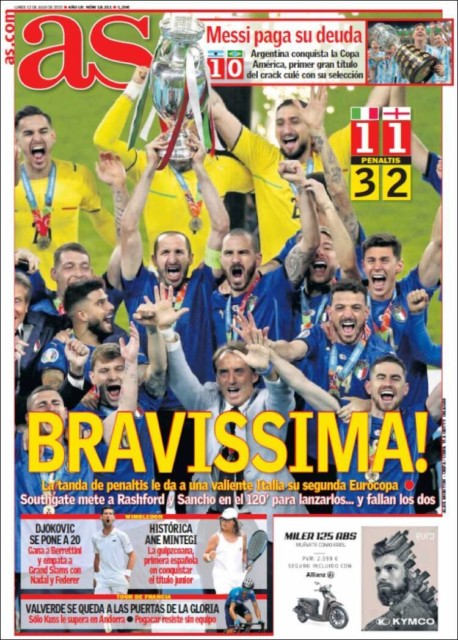 AS congratulate the victorious Italians

But events in London did get a little chunk of their front pages, with the former headlined: “Donnarumma freezes Wembley!’

England suffered immense disappointment at the hands of the Italians at Wembley last night.

But Gary Lineker has called for optimism, vowing that England can be contenders for the next ‘ten to 15 years’. 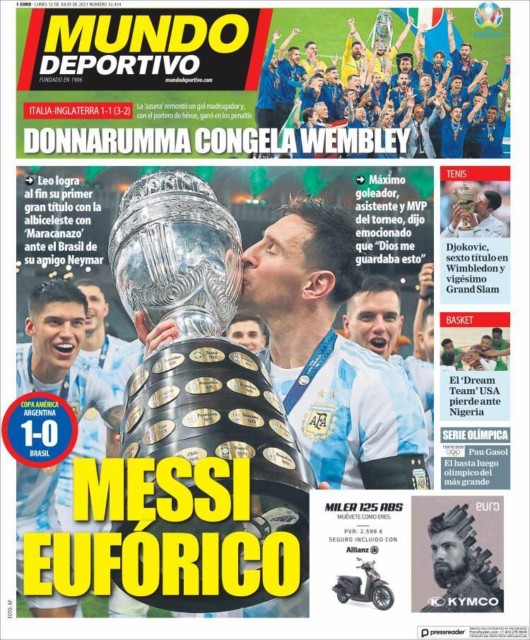 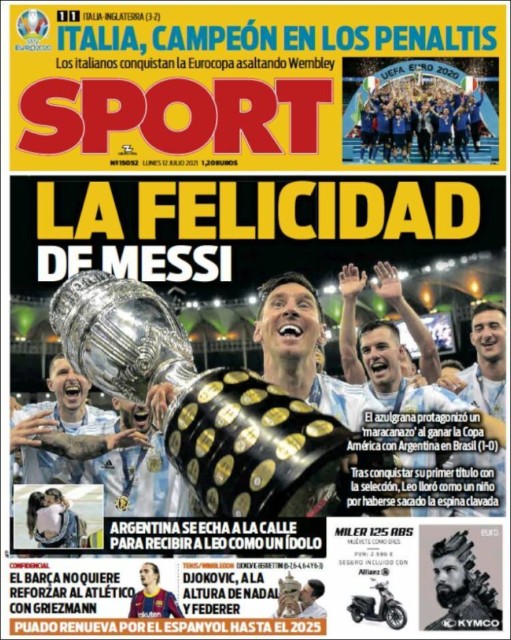 Advertisement. Scroll to continue reading.
In this article:corrieredellosport, lastnight, threelions