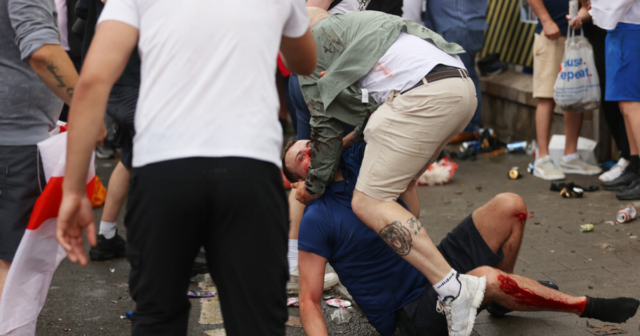 GARETH SOUTHGATE has successfully transformed the culture of the England team.

But despite his own excellent efforts, he has been unable to change the culture of many of those who support them.

It was obvious when you witnessed violent, ticketless fans storming barriers and assaulting stewards to gain access to the ground.

It was obvious as you walked through piles of vomit, puddles of urine and mountains of broken glass after England’s defeat.

It was obvious when you saw footage of a man with an ignited flare up his rectum being cheered on Wembley Way.

It was obvious when you heard of mass disorder in central London.

And it was obvious when you heard about the sickening — but entirely predictable — racial abuse of Marcus Rashford, Jadon Sancho and Bukayo Saka on social media after their penalty misses.

We have talked long and hard about how this England team has brought joy, hope and unity to a miserable and divided nation — but there was little evidence of any of that on Sunday night.

Aided and abetted by wholly inadequate police and stewarding — severely short-handed and shambolically led — these morons surely torpedoed any vague hopes the FA might successfully bid for England to host the 2030 World Cup.

They should scrap that bid right now and save themselves a huge amount of time, money and ultimate embarrassment. That plan was always an extravagant, pig-headed folly, even before Sunday night’s disaster movie. 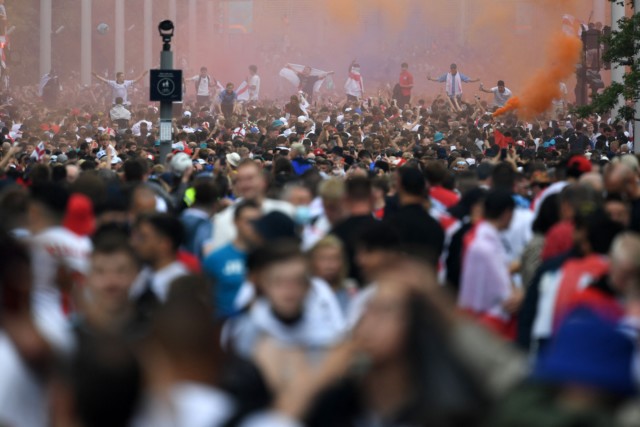 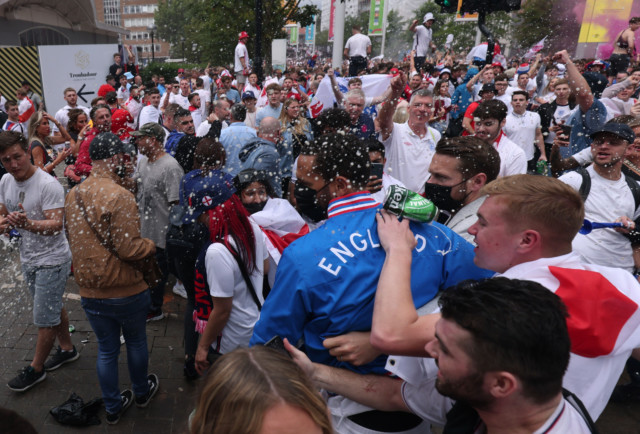 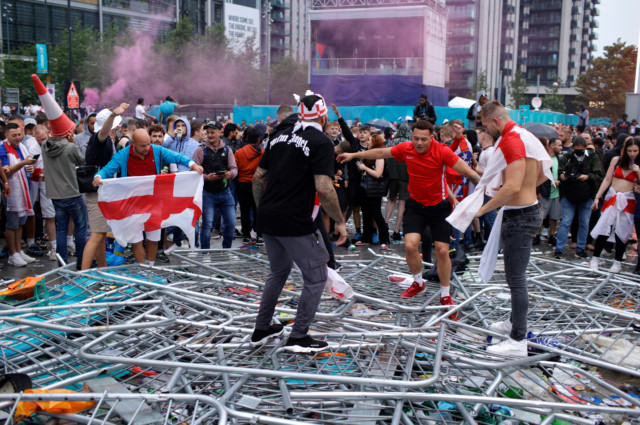 And supporters trampled on barricades for no reason in particular

When the FA campaigned extensively and expensively with their ‘three Lions’ — Prince William, David Beckham and David Cameron (remember him?) — to host the 2018 World Cup, they ended up with two votes out of 22.

The process was corrupt but corruption or no corruption, the rest of the world actively dislikes the English. And you only had to be in or around Wembley to understand some of the many reasons why.

We keep banging on about it only being a ‘minority’ of England fans who cause trouble and spread hatred. That may be true but it is a significant, brain-dead minority who have never gone away.

Even during Southgate’s enlightened reign, we’ve seen them embarrass the nation on away trips in cities such as Dortmund, Amsterdam and Seville.

Most of the time it is low-grade anti-social behaviour — but to the rest of the world it is intimidating, frightening and bewildering.

Men who cannot handle their beer, yet insist on guzzling gallons of it.

Men who cannot handle defeat, yet insist on following a football team who will often lose.

Men who glorify long-gone wars and conflicts, with little knowledge of history.

Men in dire need of self-esteem, therapy and girlfriends. 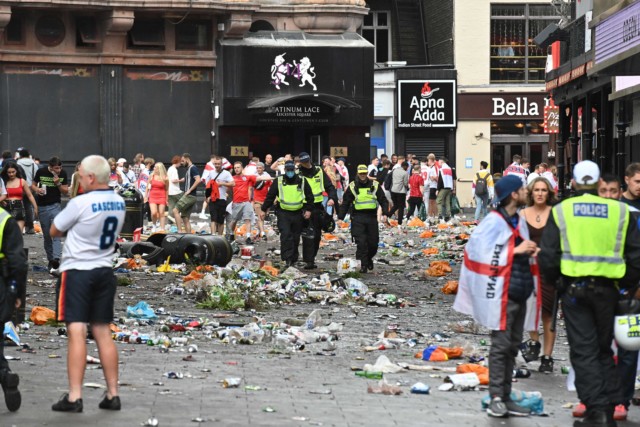 Leicester Square covered in litter ahead of Sunday’s final 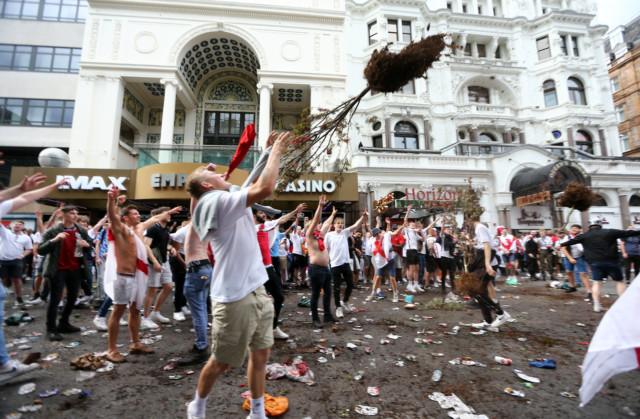 Fans brought chaos in the West End on Sunday

It would be a well-educated guess to assume that those who intimidated women and children and assaulted opposition fans at Wembley on Sunday, are the same ones who anonymously abuse black players on social media, who boo the taking of the knee and the national anthems of others.

And while Boris Johnson and his Home Secretary Priti Patel have condemned the abuse of Rashford, Saka and Sancho, they had also condoned the booing of England players ‘taking the knee’ earlier in the tournament.

They also championed Brexit, with — in Southgate’s words — its ‘racial undertones’.

And, having lit the blue touchpaper, they have now retreated to a safe distance and shouted at the fire.

Rashford forced the Government into a U-turn on free school meals, which clearly still rankles with many Tory MPs.

One of them, the charming Natalie Elphicke, has now apologised for sending a message which read: “They lost — would it be ungenerous to suggest Rashford should have spent more time perfecting his game and less time playing politics?” Or would it be ungenerous to suggest a 23-year-old professional footballer has done more for the national good than Elphicke, an actual member of parliament, ever will?

Sancho was the first English footballer to take the knee when the Bundesliga restarted before the Premier League last summer.

Saka, of Nigerian parentage, is a 19-year-old who carried the worst Arsenal team for a generation throughout last season. 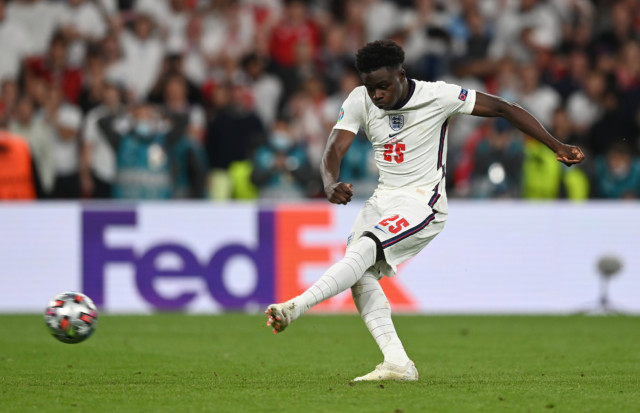 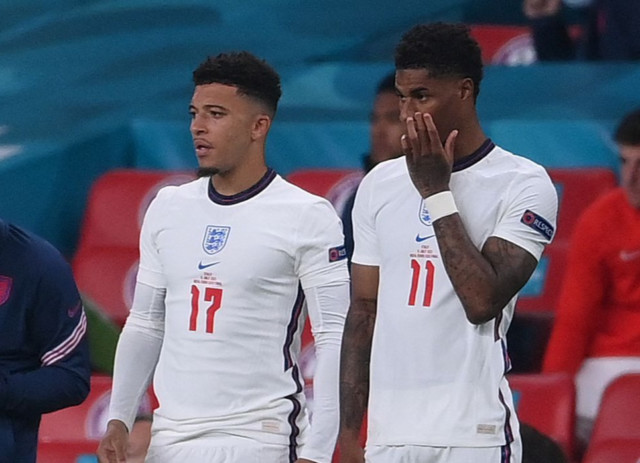 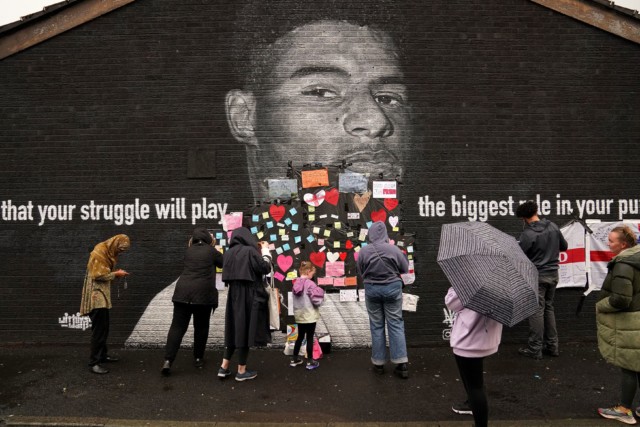 A Marcus Rashford mural was also vandalised after England’s loss

All are excellent footballers, key to England’s continued progress.

Yet the Government felt it was acceptable for England fans to boo them as they took the knee in support of racial equality — ‘gesture politics’ according to a sneering Patel, before the bandwagon started rolling.

The Home Secretary might have been better served concentrating on police numbers at Wembley and in central London, for what was always likely to be a day of binge-drinking and debauchery before an 8pm weekend kick-off.

Johnson and his crew have a very different vision of a modern England than that articulated by Southgate and many of his players.

But Southgate’s laudable words sounded like utter pie in the sky to anyone in the vicinity of Wembley.

This was never how we expected it to be, as England ended a 55-year wait to play in a major final.

This is an England team which brought so much pleasure and optimism — on and off the pitch — over the past month and more.

But large sections of England’s support bring only shame on the nation they purport to be so proud of.

WHEN Giorgio Chiellini grabbed Bukayo Saka by the shirt, as the winger darted past him on Sunday, you could not help but rage at the Italian’s utter cynicism — and admire the hell out of it.

England are more ‘streetwise’ than they used to be but they still have some way to go in matching the 36-year-old veteran’s sheer unadulterated bastardy. 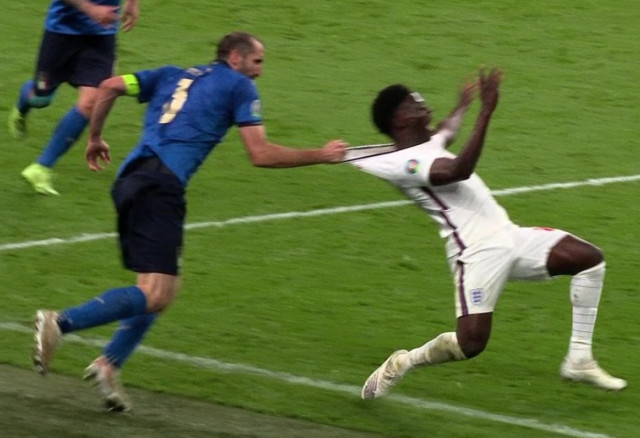 KASPER SCHMEICHEL gave some amusing pre-match banter before his Denmark side lost in the last four, asking a journalist if football had ‘ever come home’ and whether England had ever won the Euros.

Yet Schmeichel, who has lived the vast majority of his life in England, delivered his words in a Mancunian accent — and in the knowledge that a dog in Coronation Street was named after his Dad. 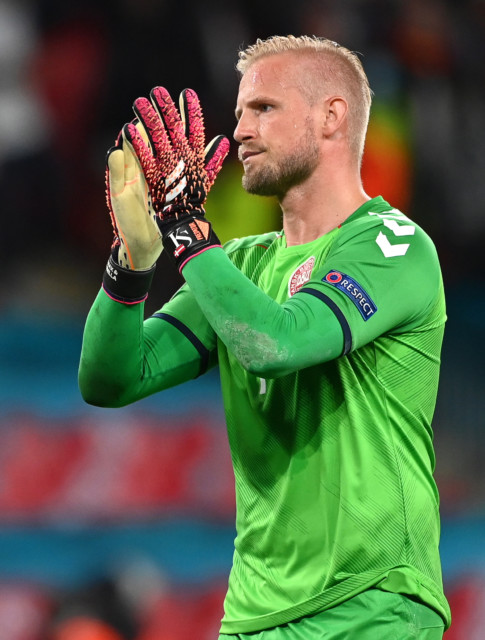 OFF IN A HARRY

HARRY KANE, who is still without a major team trophy, is now a runner-up in the Euros, the Champions League, the Premier League and the League Cup.

So while the outcome of Sunday’s penalty shootout should not really have any bearing on the England captain’s club future, you can only imagine it stiffening his resolve to get out of Tottenham. 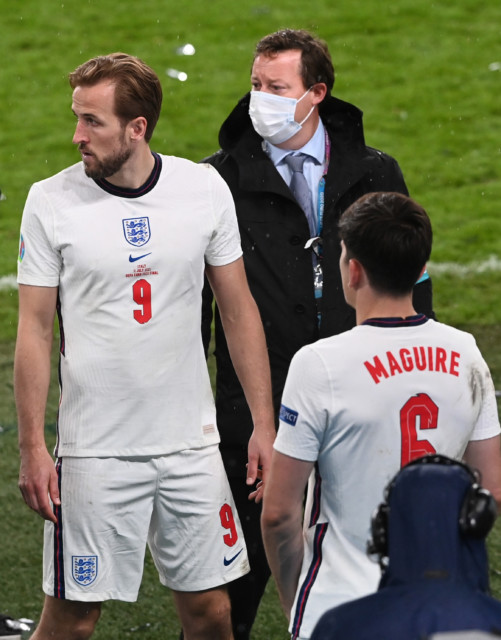 SO the Tokyo Olympics will take place behind closed doors, under a state of emergency.

Most Japanese people are opposed to it, with athletes experiencing the peak of their careers to a soundtrack of silence and with foreign media forced to quarantine inside hotels that don’t provide food.

If there was ever an exception to the idea that ‘the show must go on’, then these joyless Games are it.