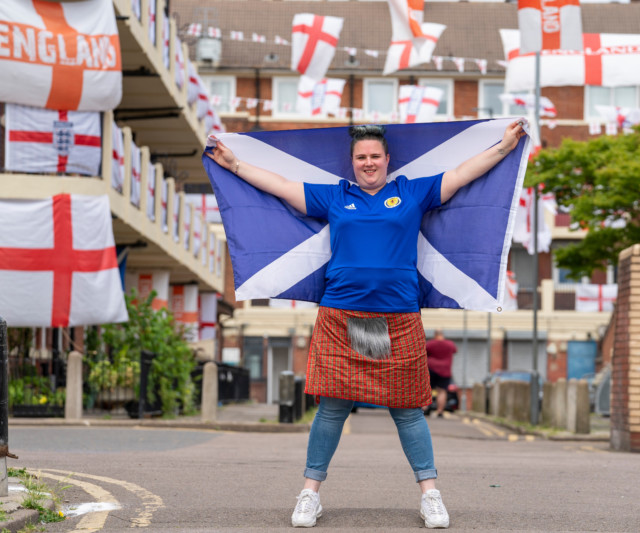 A LONE Scot is waving her St Andrew’s cross among 500 England flags.

Sarah Dollard, 31, will be the only Scottish fan in England’s most patriotic housing estate for tomorrow’s Wembley showdown. 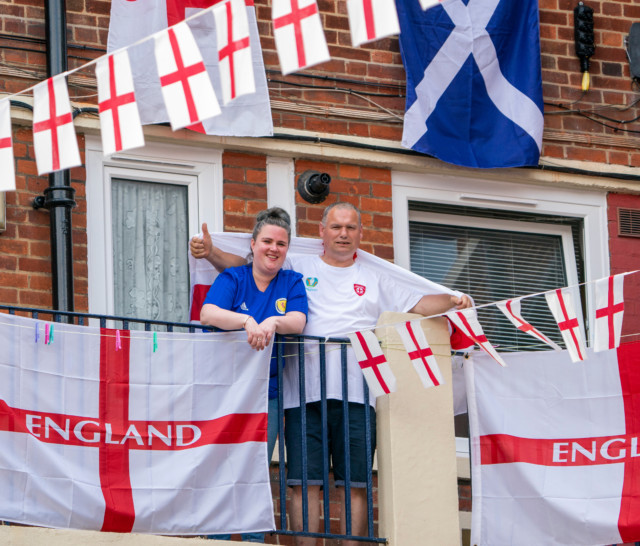 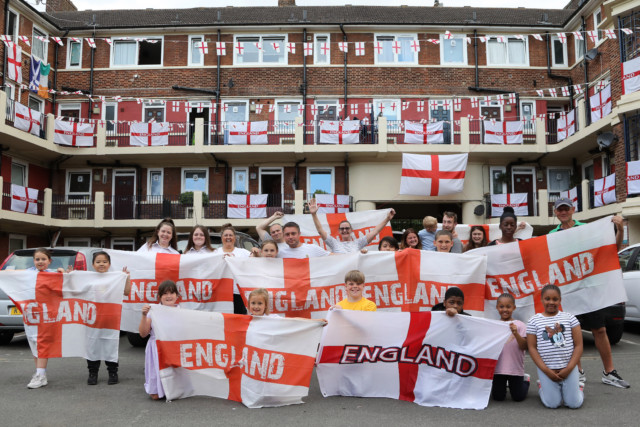 But neighbours on the Kirby Estate in Bermondsey, South East London, urged her to make a last minute switch to the Three Lions.

She said: “I stand out like a sore thumb! It’s a great laugh. It has had everyone talking.

“I thought I’d display the flag to show my support for Scotland.”

The estate became a mini-tourist hotspot since residents flew flags for the 2012 Euros.

It also has Portugal, Germany, Turkey and Italy flags.

Sarah, who predicts a 1-0 Scotland win, added: “I will keep dreaming and hopefully Scotland can go all the way. 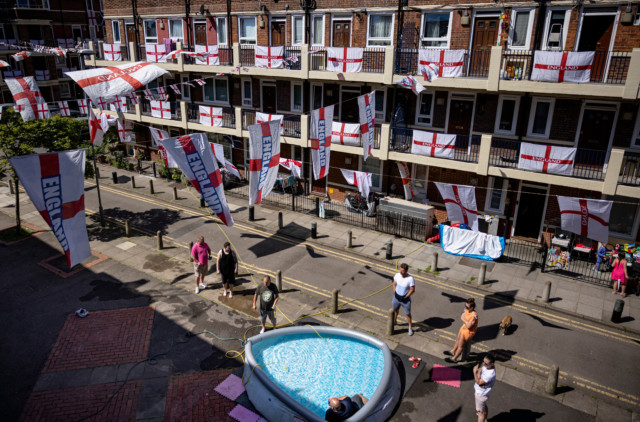 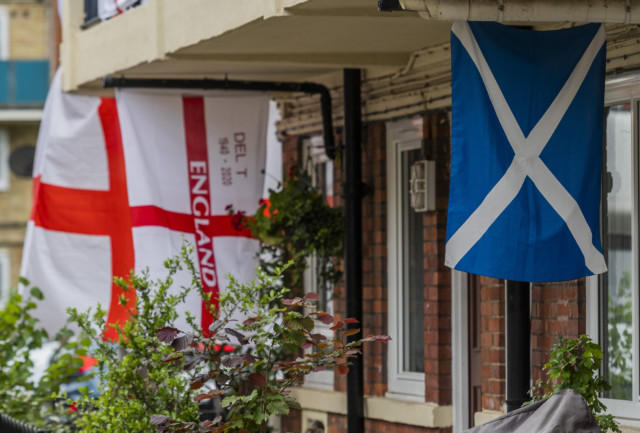 “People are laughing at me for saying that. But if we did leave the tournament then I’d have to support England.”