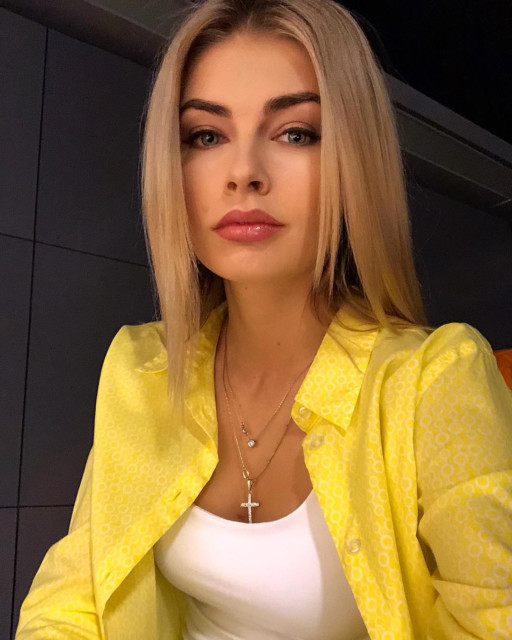 THAT’S why they call it the beautiful game.

But the 25-year-old Ukrainian TV reporter has eyes for one man… Man City star Oleksandr Zinchenko.

The two were married in August 2020, a year after Zinchenko proposed to Sedan inside the 70,000-capacity Olympic Stadium in Kiev in front of a heart-shaped display of red roses.

Zinchenko, 24, confirmed his relationship with Sedan following Ukraine’s 5-0 win over Serbia in June 2019 where he planted a kiss on her cheek.

And he then embraced his partner after Ukraine beat Portugal 2-1 in October 2019 that secured their Euro 2020 qualification.

Fans were left wondering whether the two were an item for months before Zinchenko’s public display of affection, though his team-mates were well aware of his relationship.

It’s easy to see why the Premier League star is so enamoured with the beauty.

And Sedan took to Instagram last week to announce she is pregnant with the pair to become parents for the first time.

HIS TEAM-MATES KEPT THE ROMANCE SECRET

Despite her Instagram page alluding to the fact they were a couple, no-one really knew for sure.

Well no-one except Zinchenko’s Urkrainian and Man City team-mates, who were in on the secret.

Sedan regularly shares snaps of herself on social media 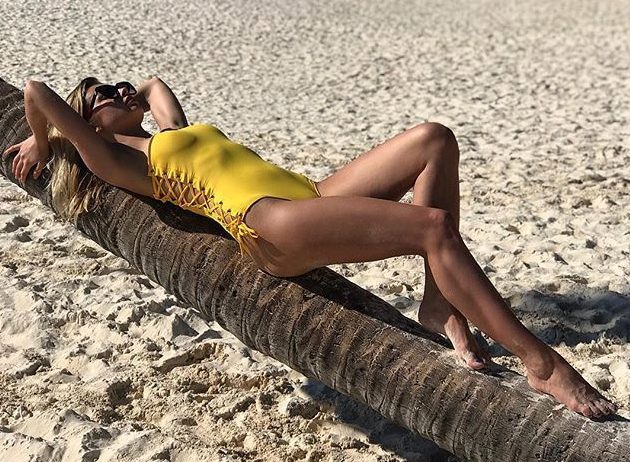 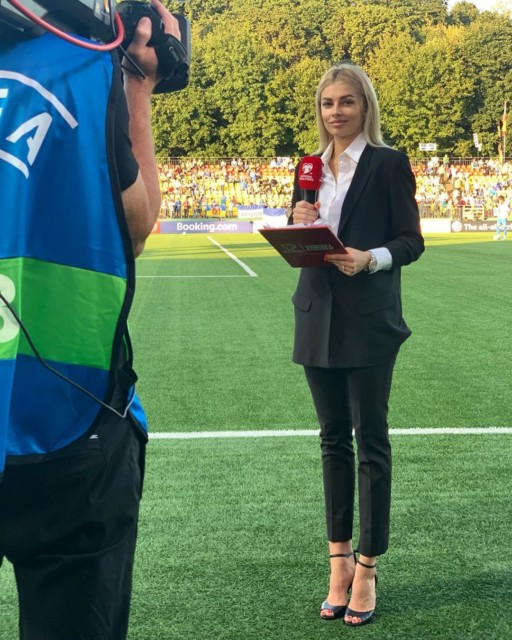 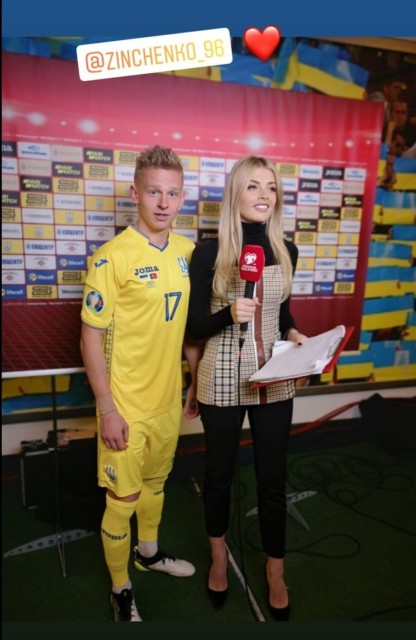 “Some guys knew about it,” he said on Channel Football 1/2.

“It was also discussed by my Ukrainian team-mates.” We bet, probably with a hint of jealousy.

FORGET MATCH OF THE DAY

Sedan reports for Channel Football 1/2, and has interviewed the likes of Cristiano Ronaldo and Andriy Shevchenko.

But it seems she has ambitions to work alongside Gary Lineker, Ian Wright and Alan Shearer on Match of the Day.

On a visit Manchester to see her beloved, she popped round to the BBC and posed in front of a snap with the footy presenters. 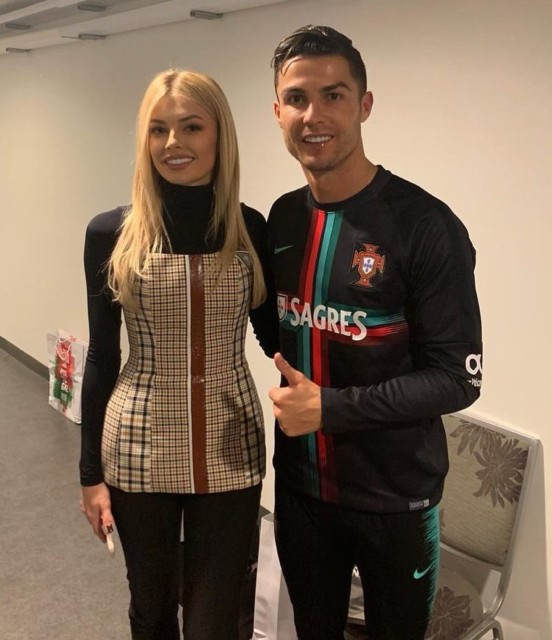 Sedan has met and interviewed the best footballers on the planet, including Cristiano Ronaldo 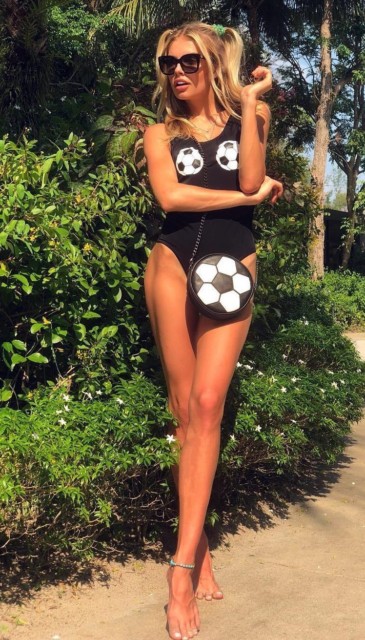 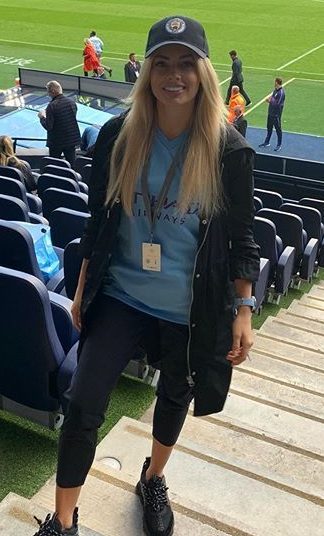 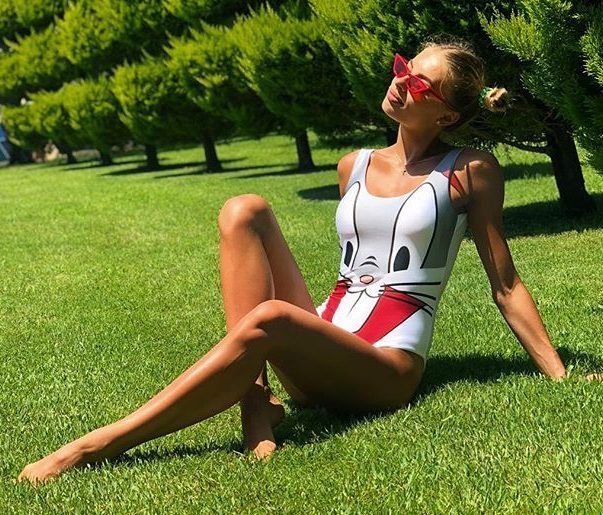 And she also went to a City game to cheer on her beau, enjoying a quick meeting with his boss Pep Guardiola.

She questioned the Spaniard’s tactics as Pep opted to start three centre-backs against the Ligue 1 side.

Speaking on her YouTube channel, Sedan said: “Perhaps I have no right to say this, perhaps Zinchenko will forbid me. But to put it mildly, and in order not to swear, this is completely Guardiola’s fault.

“At such a crucial moment, making such an experimental tactic for Man City is a bummer.

“I have no right to criticise, but why play three central defenders when the players themselves take their heads.

“I simply have no words, because to have such a line-up… look what players play at Man City, what a bench. Literally few clubs in the world can boast such reserves.”