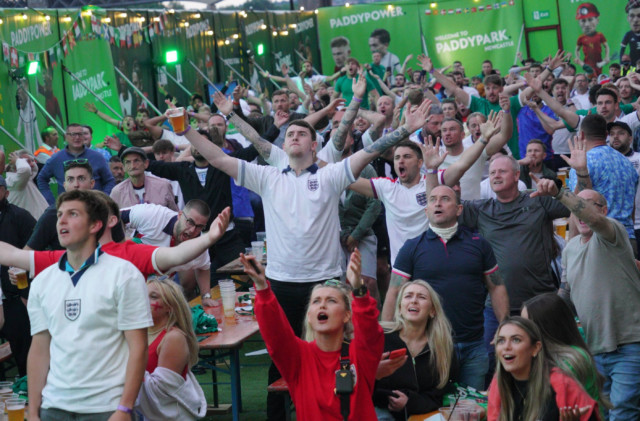 MORE than 44 million people will tune in to watch the Euro 2020 final – making it the most watched event in UK TV history.

England face Italy in their biggest game in more than half a century, with record-breaking viewing figures smashing those for the 1966 World Cup final. 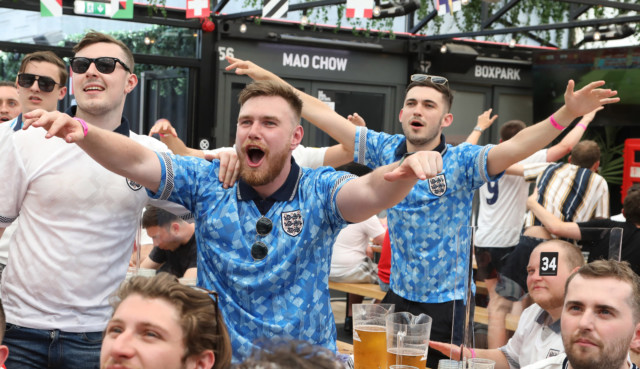 Millions will watch the game on TV, which is being shown both by the BBC and ITV, while others tune in on iPlayer and ITV Hub via phones, iPads and computers.

An additional two million – excluded from ratings – will watch in 35,000 pubs where beer chucking frenzy is expected to greet English goals.

Wednesday’s 2-1 semi-final triumph over Denmark was the most-watched football match ever on a single channel with figures of 27.6 million viewers on ITV.

The Beeb is set to thrash ITV in the ratings battle, with four times more viewers after the commercial channel’s commentary team was widely slated on Wednesday.

Ex-BBC director of sport Roger Mosey said: “I predict a significantly bigger TV audience than London 2012 and a landslide victory for the BBC over ITV.” 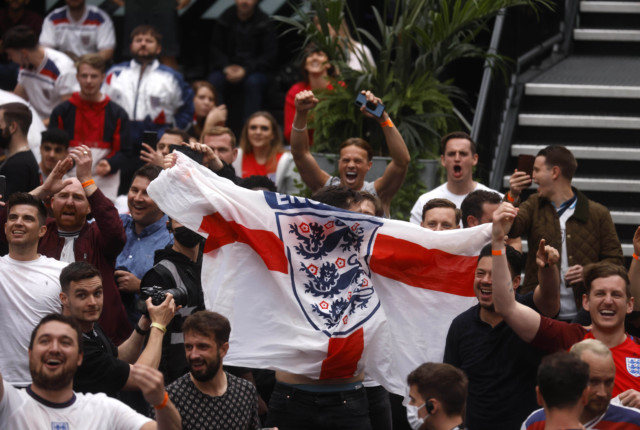 Fans celebrate England scoring against Germany at Boxpark in Croydon 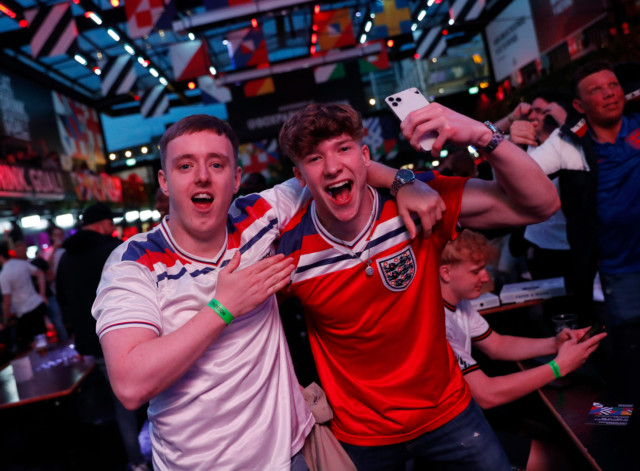 Bookmakers Ladbrokes cut odds on the game being the most-watched event in UK history to 4/5.

Alex Apati of Ladbrokes said: “Football is coming home and so is a record TV audience.”

As well as huge viewing figures, a whopping 7.1 million pints will be guzzled during the match, according to The British Beer & Pub Association (BBPA).

And throughout the day itself almost 13 million could be sold.

In total, a mighty £3.4 billion will have been spent on boozing, souvenirs and huge TVs thanks to the Euros, according to the Centre for Retail Research.

Supermarket tills will have taken £2.3 billion and more than £815 million will have been spent in pubs.

An estimated £563 million is expected to be splashed around Sunday’s final.

VoucherCodes lifestyle editor Anita Naik said: “England reaching the final is going to be a once-in-a-lifetime experience for many people, with 44 million fans set to tune in.

“We’ve not seen numbers this high for a sporting event since England lifted the World Cup trophy in 1966.

“After a difficult year, the Euros have provided fans and the economy with a much-needed boost and Sunday’s final game will be no different.”

If England are victorious, it will be the squad’s first major win since 1966.

Its stars have vowed to celebrate in style should they triumph – with a Wild West trip to Las Vegas on the cards.

Party animal Jack Grealish and goalie Jordan Pickford have revealed they will lead a posse of players to the glitzy gambling mecca for a mega knees-up.

And football fans will also celebrate the win – with a late start on Monday and a potential extra Bank Holiday in August.

Schools and businesses are already planning on opening late on Monday to allow fans to recover from a late night.

And Boris is poised to give Brits an official day off if England ‘bring it home’ after more than 346,000 people signed a petition.

Sunday’s game kicks off at 8pm.