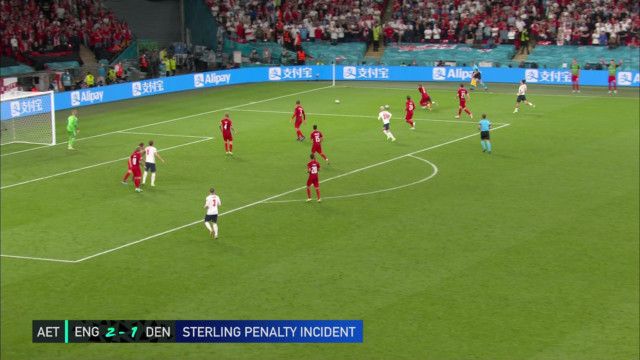 ENGLAND won the penalty for Harry Kane’s crucial goal against Denmark with TWO BALLS on the pitch.

Raheem Sterling came within inches of dribbling past the extra ball before bursting into the box and being fouled.

Referee Danny Makkelie either missed the incident or decided the second ball was not interfering with play as the attack continued.

But the Dutch official would have been within his right to halt play and bring the move back for a drop ball.

Sterling nonetheless worked his way towards goal and went down after challenges from Joakim Maehle and Mathias Jensen.

Harry Kane took the spot-kick but had it saved by Kasper Schmeichel – only to slam home the rebound to send England through.

Ref Makkelie had earlier missed a Danish infringement in their opening goal.

Mikkel Damsgaard’s free-kick was taken after his team-mates had moved within one yard of the England wall at the last moment – which is deemed illegal by the game’s rulebook. 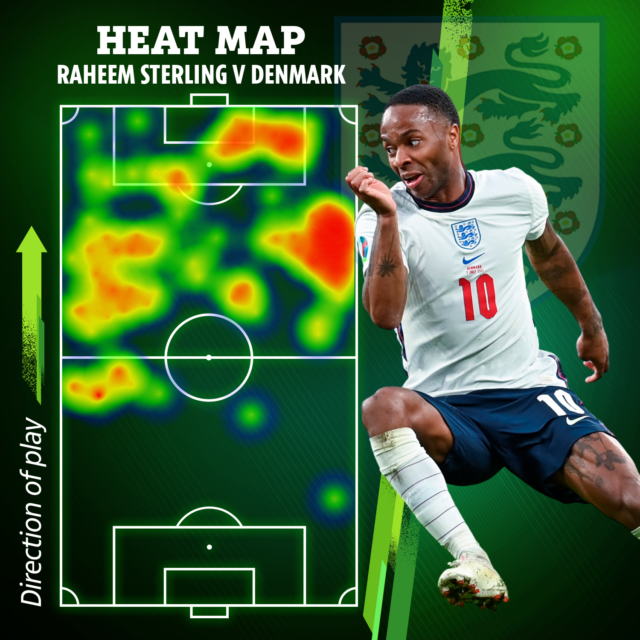 After the 2-1 semi-final victory, the debate raged on over whether Sterling was actually fouled in extra-time.

But the England winger was insistent that he did get tripped, a decision backed up by VAR.

He told ITV: “I went into the box and he stabbed his right leg out.

“As long as it goes into the back of the net, that’s all that matters.”

Schmeichel saves from the spot… BUT KANE SLAMS HOME THE REBOUND!

Three Lions boss Gareth Southgate stated he had not seen the incident back and praised his star’s all-round display on Wednesday night.

ITV pundits Ian Wright and Roy Keane clashed on the decision, which the Irishman felt was incorrect.

Wright replied: “Of course it is soft but those have been given all season.” 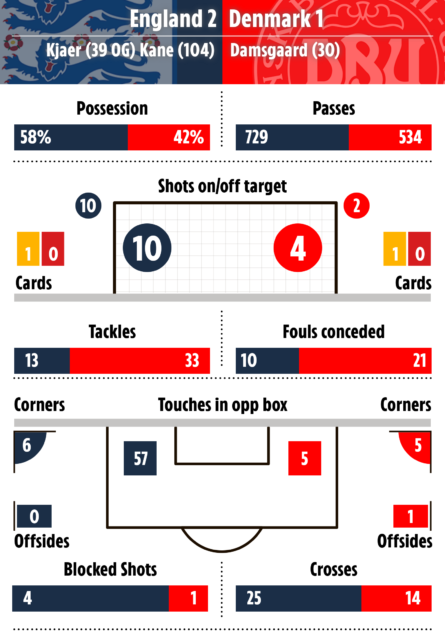