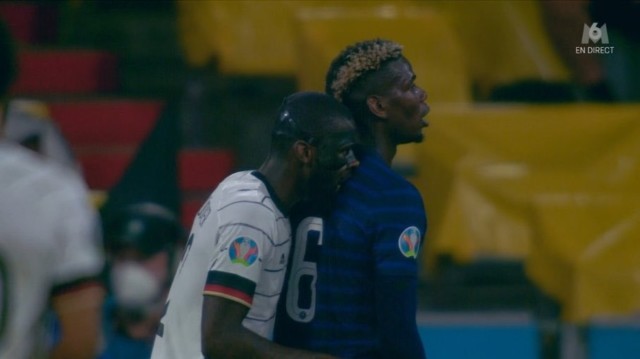 But the defender, 28, has conceded that the incident looks ‘unfortunate’.

Rudiger appeared to take a ‘nibble’ at Paul Pogba
Pogba, 28, complained to the match referee

Late in the first-half, the Chelsea ace appeared to push his face into Pogba’s back, while wrapping his arms around the Frenchman.

Many fans watching at home suspected Rudiger of biting the Manchester United star.

But the German has denied it.

He said: “I should not come close with my mouth to his back, no doubt about it.

“It looks unfortunate. Paul and I have talked about it as friends after the final whistle.

“And he stated in our little talk and talking to the press that it was no bite, as some viewers first thought it was.

“Even during the match, the ref told me that he would have punished me if he thought that it was violent conduct.”

Pogba appeared perplexed at the time, complaining to the referee. 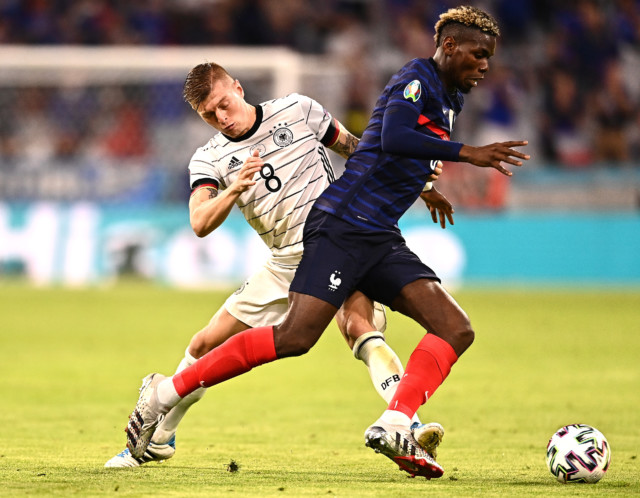 But the midfielder is glad that Rudiger wasn’t punished.

He said: “We’re friends. This was nothing big.

“I’m not crying for yellow or red cards for such actions. He nibbled, I think, a little bit on me.

“He hasn’t received any card and I think it’s better like this. I don’t want him to be suspended because of this.”

Luis Suarez famously bit Giorgio Chiellini during the 2014 World Cup, being slapped with a four-month ban.

The Uruguayan had already received two biting charges prior to that offence, on Otman Bakkal and Branislav Ivanovic respectively. 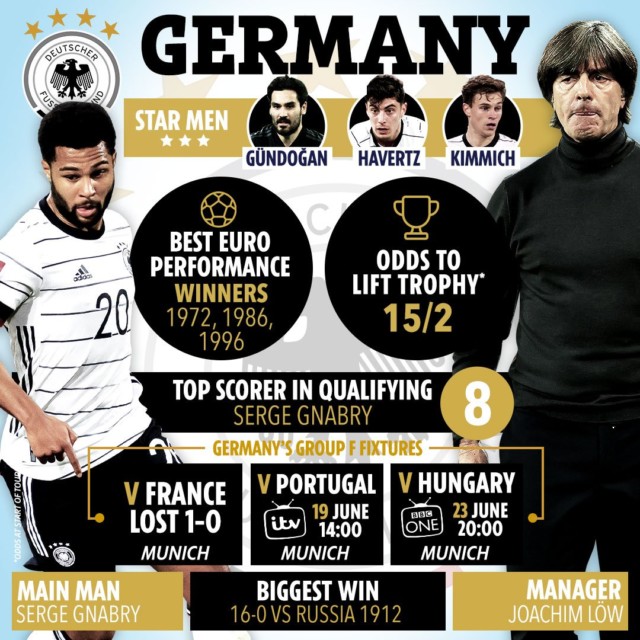