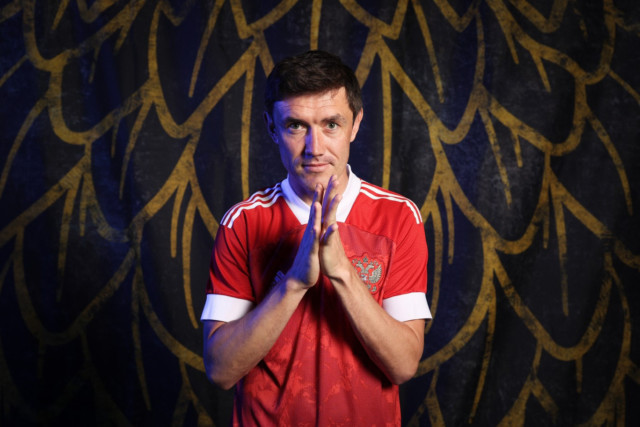 The defender, 37, was forced off through injury in the first half of Russia’s opening game against Belgium on Saturday.

Russia were 2-0 down at the time and lost 3-0 after Romelu Lukaku scored his second goal of the game late on.

Cherchesov has been unable to identify the issue plaguing Zhirkov, but revealed bad news for fans at a press conference on Tuesday.

He said: “As for [Yuri] Zhirkov, I can’t say for sure the diagnosis, but I’m afraid that we lost Zhirkov for the entire tournament.”

Russia host Finland on Wednesday at the Krestovsky Stadium in St. Petersburg.

Getting a positive result will be vital to their hopes of progressing from the group, as Finland won their opening match against Denmark.

Those three points leave Markku Kanerva’s side in second place behind Belgium, so a draw or win will almost guarantee qualification.

Belgium vs Denmark takes place a day later on Thursday and the Danes will surely be aiming to do Christian Eriksen proud.

They ended up losing to Finland after the game resumed after suspension, though Kasper Schmeichel believes it was wrong to continue that match.

Meanwhile, Russia will also be hoping to give a better account of their ability, having reached the quarter-final of the 2018 World Cup.

Russia are ranked 16 places above Finland, placing 38th in the FIFA World Rankings, so may be confident of winning their first points of the tournament, despite the absence of Zhirkov.