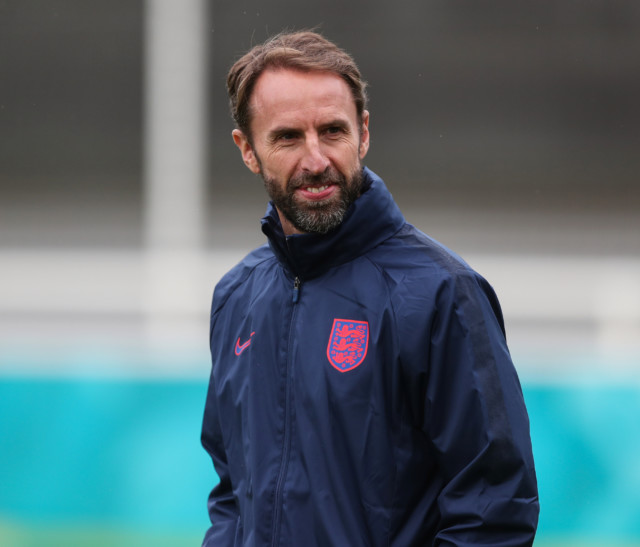 ENGLAND hope to end 25 years of hurt by exacting revenge on Germany for the Euros heartbreak they inflicted in 1996.

And Gareth Southgate – who missed a penalty against Berti Vogts’ side in the semi-finals that year – wants his players to write their own history at Wembley.

Tonight’s highly anticipated clash between England and Joachim Low’s aces will be the 300th international match to be played at the iconic venue.

And a Three Lions victory would see them set up a quarter-final duel with Sweden or Ukraine.

England are yet to win a knockout fixture in 90 minutes at a European Championship tournament with four of their matches having gone to penalty shootouts.

And they have only progressed once via penalties – against Spain in the quarter-finals at Euro 96.

The clash with Germany will kick-off at 5pm at Wembley.

It will be aired on BBC1 – and streamed on BBCiPlayer – with a preview starting at 4pm. 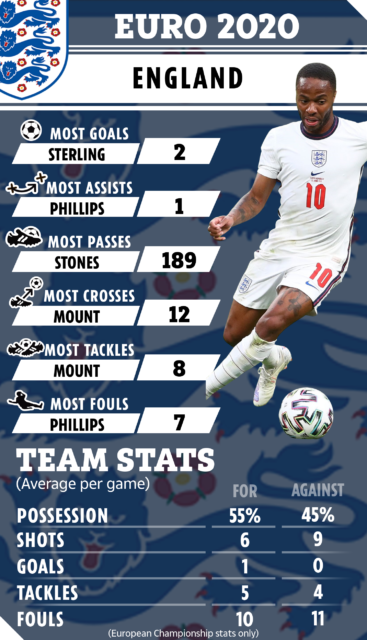 And while Low’s squad are not to be underestimated, some pundits believe the match will be the best chance England have had in years to beat the three-time European champions.

The 2014 World Cup winners have endured a mixed start to their Euros campaign this summer.

The team skippered by Manuel Neuer fell to a 2-0 defeat to France before narrowly sealing a dramatic 2-2 draw with minnows Hungary to finish third in Group F, with a 4-2 victory over Portugal sandwiched in between.

And former Germany boss Jurgen Klinsmann told The Athletic his compatriots will be wary of the threat posed by some of Southgate’s players.

He said: “You have now Saka who played a good game against the Czech Republic.

“You have Phil Foden, who I really adore — I thought he had a brilliant year with Man City.”

England finished top of Group D above Croatia and the Czech Republic after beating both, with a draw against Scotland.

However, the team are yet to see skipper Harry Kane find the back of the net with both goals so far coming from Raheem Sterling.

Ahead of the game Southgate issued a rallying cry.

He said: “It’s a great opportunity for this team to make some history and give people memories of England-Germany fixtures for the future, that are a little different to some of the ones they’ve been flooded with over the last few days which mean absolutely nothing to them because they weren’t born.”

Some England fans and pundits hope Southgate will keep faith with the attacking approach deployed against the Czech Republic with a few calling for Jack Grealish and Bukayo Saka to retain their places in the starting line-up.

And Southgate hinted that Ben Chilwell and Mason Mount could miss out on a return to the team’s first 11 after having to quarantine. 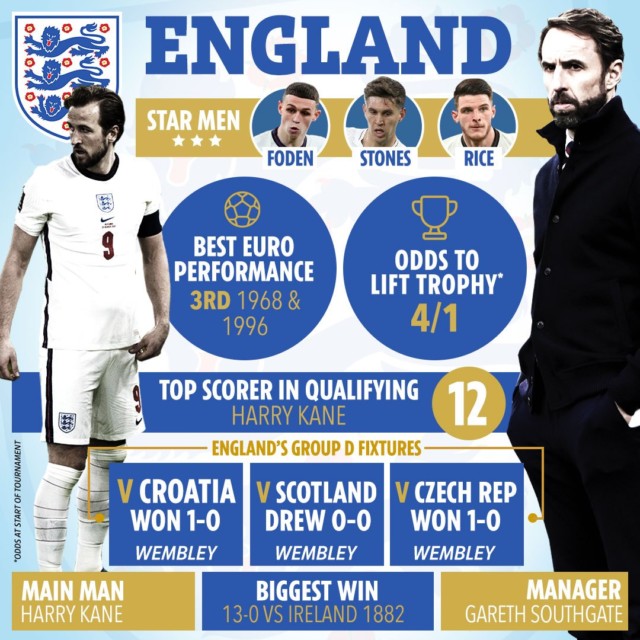 The Chelsea duo were forced to self-isolate after both came into contact with Billy Gilmour who tested positive for Covid-19.

But it is thought Phil Foden may be in line to return to England’s starting line-up, a move that could see Grealish move back to the bench.

Marcus Rashford believes Jadon Sancho could have a role to play in this last-16 duel thanks to his knowledge and experience of the Bundesliga.

And Harry Maguire is expected to join John Stones and Kyle Walker in a back three, with Kieran Trippier and Luke Shaw deployed as wing-backs.

Meanwhile, Lucas Goretzka could be set to start for Germany after smashing in a vital equalizer against Hungary that guaranteed his team’s place in the last-16

Lukas Klostermann remains out of action with a thigh muscle injury sustained before his side’s 4-2 win against Portugal.

But Serge Gnabry, Kai Havertz and Thomas Muller are all expected to be fit and available. 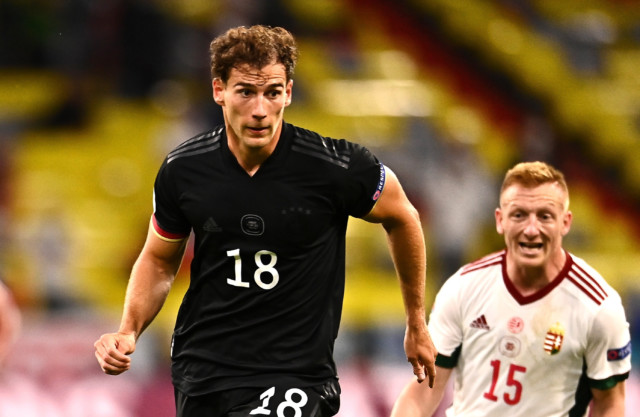 Grealish could make the difference against Germany should he be unleashed on the Germans from the start or come on as a sub. 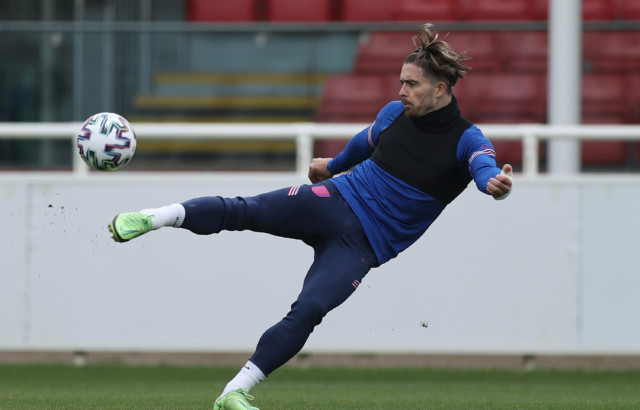 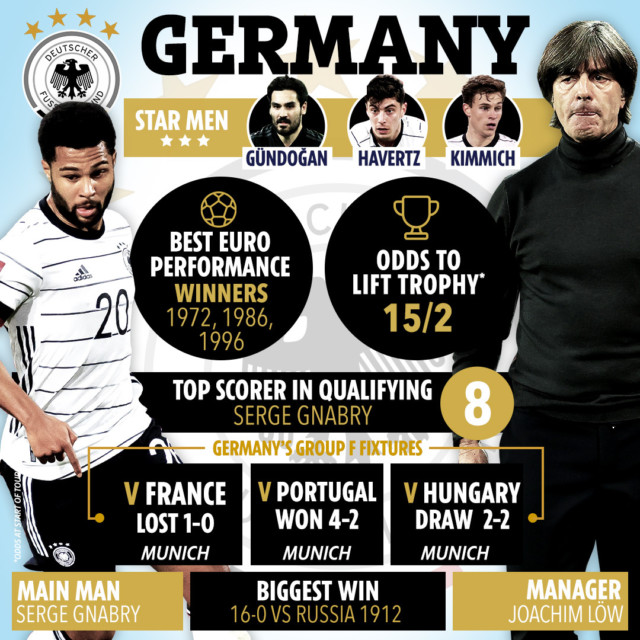 Cathy Hummels will be hoping Germany can register their sixth  win against England at Wembley.

The 33-year-old, who is the wife of Bayern Munich centre-back Mats, is an author with books on yoga and happiness as well as a sugar-free cookery publication.

The writer also took part in the German version of Strictly in 2015, partnering with Marius Lepure, the husband of Strictly UK star Oti Mabuse. 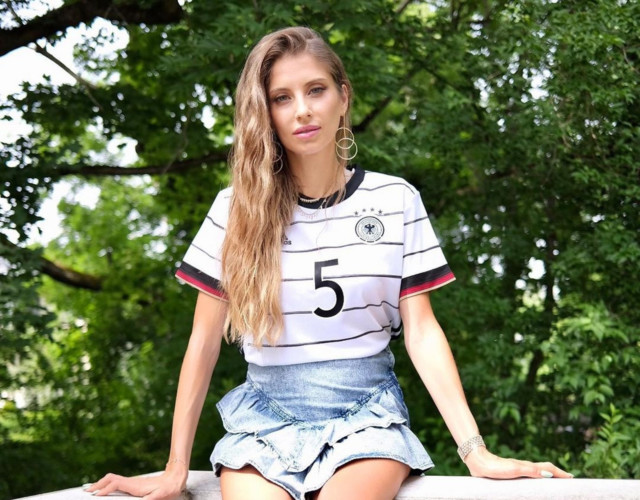