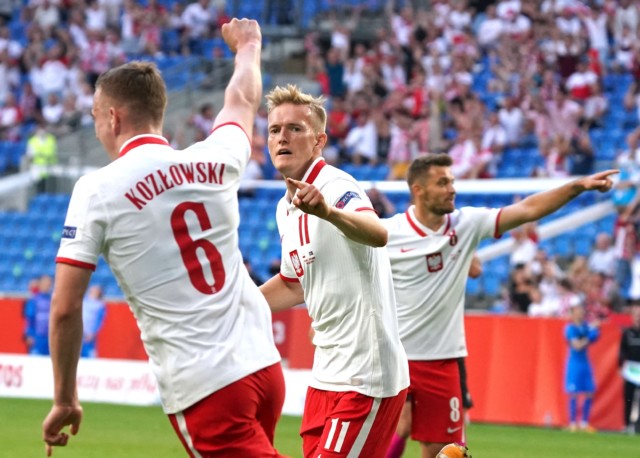 Both sides are in a tough group alongside two-time Euros winners Spain and a Sweden side without their legendary striker Zlatan Ibrahimovic.

Poland vs Slovakia will be shown live on ITV 1 on Monday, June 14 with the game set to get underway at 5pm UK time at the Gazprom Arena in St Petersburg, Russia.

Poland head into this summer’s tournament with two draws from their two warm-up games over the past week against Russia and Iceland.

But the Poles topped their Euro qualifying group comfortably and are one of the hot favourites to get our of their group.

Slovakia, on the other hand, came third in their group behind Wales and Croatia, but qualified by beating Republic of Ireland in the play-offs.

They also head into Euro 2020 off the back of two draws against Austria and Bulgaria. 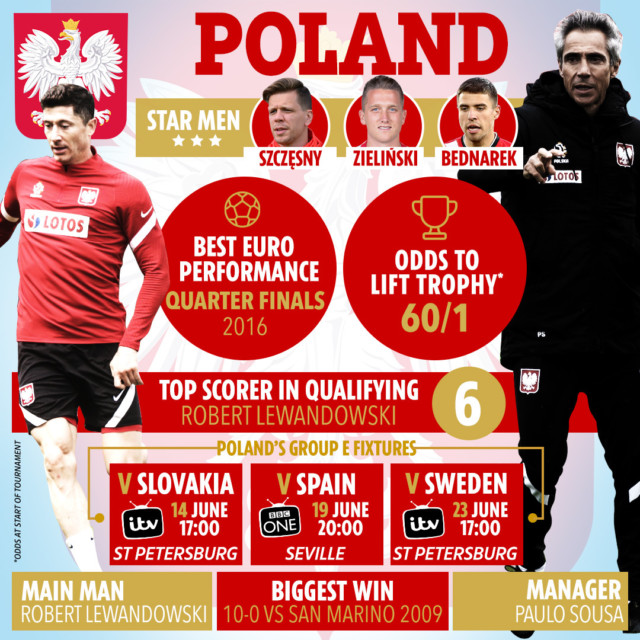 Poland hero Robert Lewandowski will obviously start every game for Poland, having recovered from injury which kept him out the last portion of Bayern Munich’s season.

But the 32-year-old is doubtful the quality of the games this summer will be top-tier thanks to the hectic schedule the coronavirus pandemic has put upon football over the past year.

“The quality of games will go down. It’s not possible to stay with this quality on the top with so many games,” he said.

Leeds man Mateusz Klich could start in midfield, while Southampton star Jan Bednarek is likely to take his place in a back three for Paulo Sousa’s side.

Slovakia will have their own legend, Marek Hamsik, in their side, as well as Inter Milan’s own Milan Skriniar.

Newcastle shot-stopper Martin Dubravka will be in between the sticks for Slovakia. 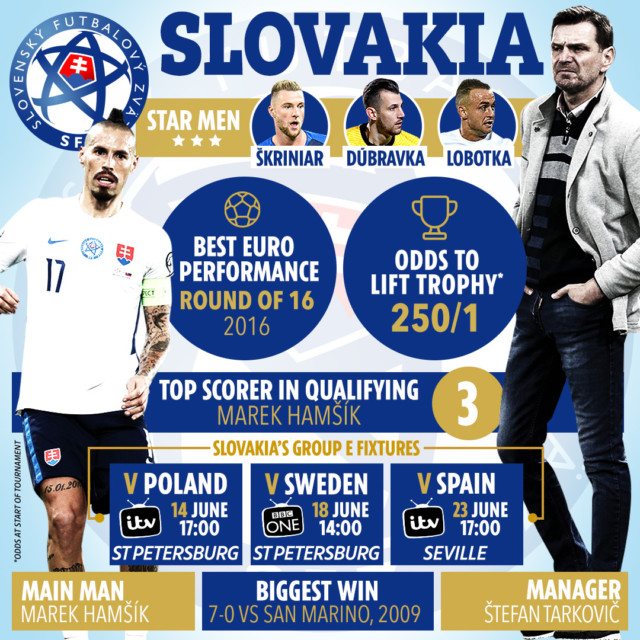 Milan Skriniar, often-linked with a big-money move to the Premier League and Inter Milan wall at the back could be the difference in this game.

The Slovak centre-back was brilliant throughout Inter’s Serie A-winning campaign and will be the man his side look to to keep the goals out during Euro 2020.

“I think we are well-established as a team. We have been together for a long time, we have rehearsed some things. We still have some time in St Petersburg for the first match with Poland, which will be very important,” he has said ahead of the game. 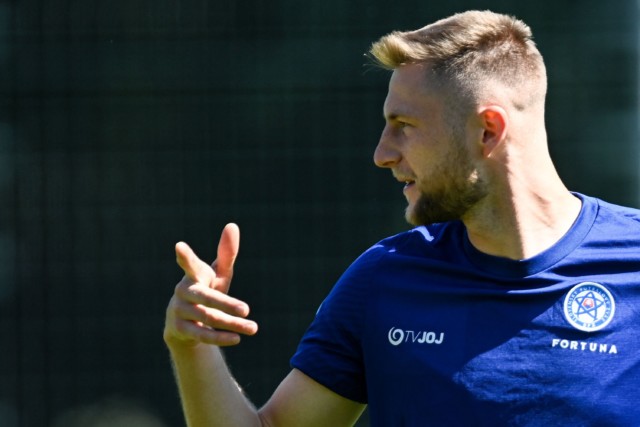 Milan Skriniar is one of the best defenders in the world

Then see if you can spot Robert Lewandowski’s wife Anna Lewandowski cheering on her striking expert of a husband during the Slovakia clash.

The 32-year-old is a bit of a striker herself – in Karate, having won multiple medals at the European and World Championships.

Lewandowska, also a nutrition specialist has two daughters, Kiara and Laura, with Lewandowski – and all three are expected to be present at Poland’s Euro 2020 games. 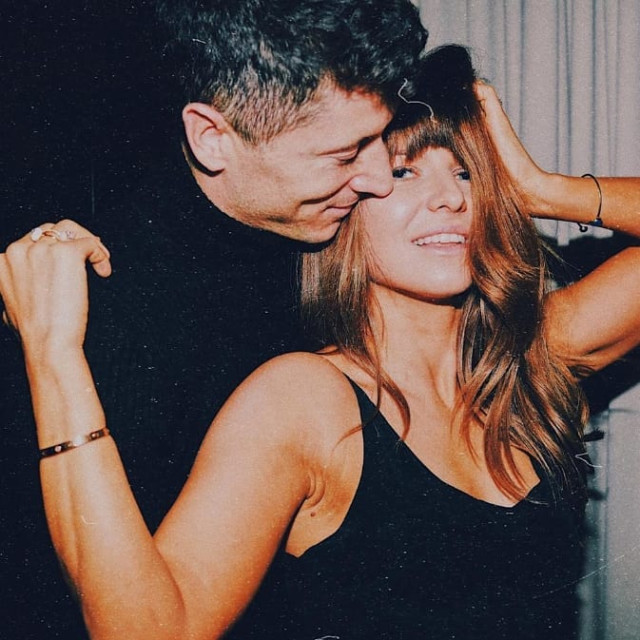 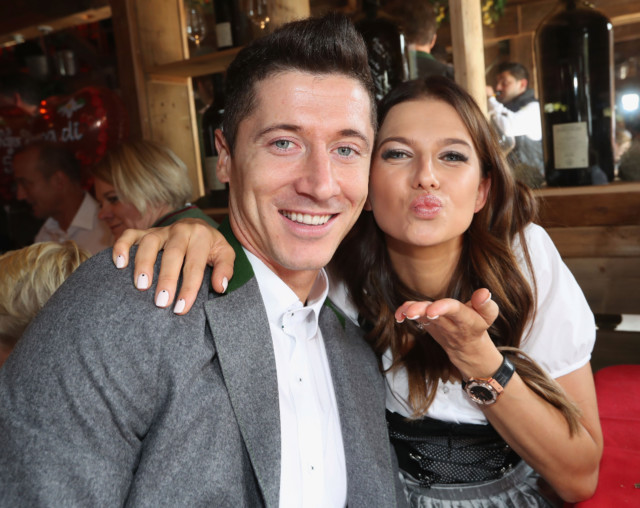 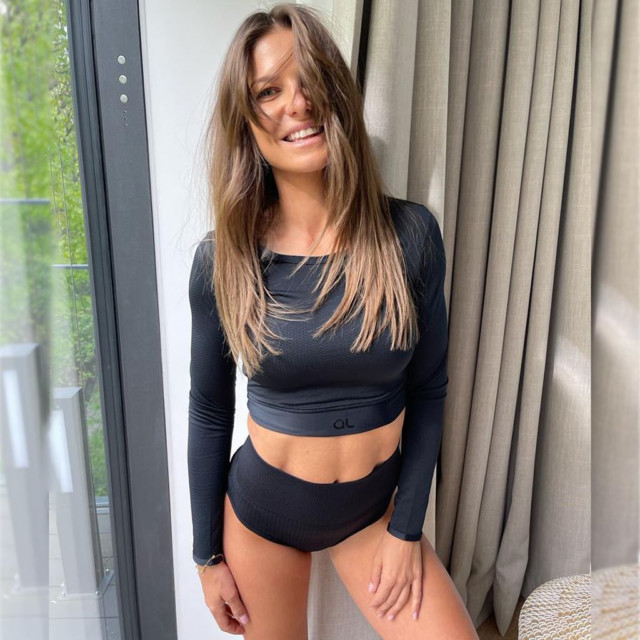