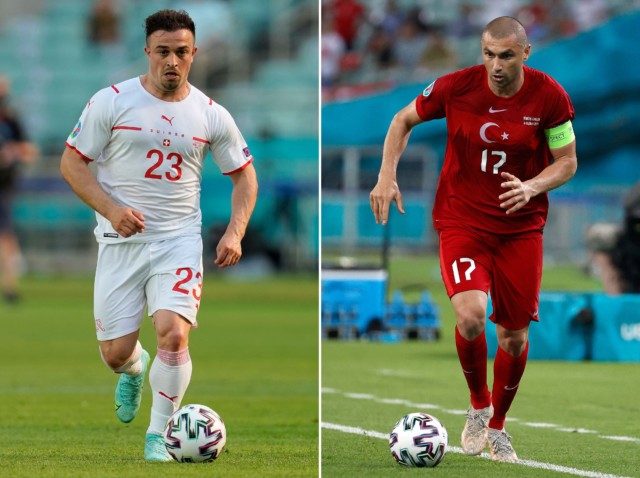 TWO nations are on the verge of being knocked out of Euro 2020 as Switzerland face Turkey in Group A.

Both teams need a win to stand any chance of qualifying for the last 16, so we should be in for an enthralling game in Baku.

Turkey haven’t managed to get out of the group at the Euros since they reached the semi-finals in 2008 – and they’ll be desperate to end that run on ITV at 5pm this Sunday.

Switzerland finished top of their qualifying group for the tournament, winning five of their eight games.

But that will feel like a long time ago for manager Vladimir Petkovic after a difficult start to Euro 2020.

The Swiss failed to beat Wales in their tournament opener – drawing 1-1 in Baku – before Italy hammered them 3-0 in Rome.

But a victory against Turkey will all but see them through to the next round as group runners-up or one of the best third-place teams.

And there’s a good chance of that happening as Turkey have been woeful so far.

Senol Gunes’ team were outclassed in their tournament opener against Italy – losing 3-0 – before Wales edged them 2-0 in Baku.

But a win for Turkey will see them finish third in the group and give them a chance of reaching the last 16.

They’ve proven they can play at this level before, winning seven of their ten tournament qualifiers.

Both Switzerland and Turkey have a full squad to choose from for this crucial game.

But there are a handful of players who will miss the next match if they’re booked, including Swiss stars Breel Embolo and Fabian Schar and Turkish talent Caglar Soyuncu and Hakan Calhanoglu.

Petkovic is unlikely to make changes to his team for the game – but Gunes is expected to rotate his squad after their defeat to Wales. 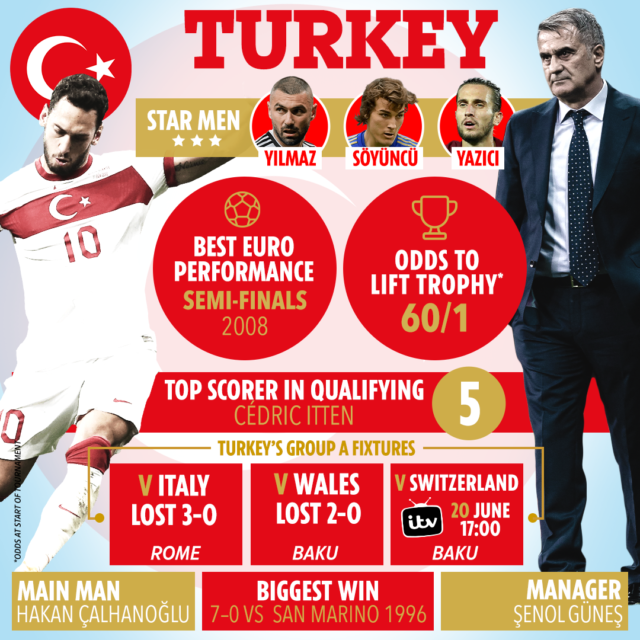 The Swiss captain has been linked with a move to Jose Mourinho’s Roma this summer.

The 28-year-old has not had a great tournament so far and will be desperate to make an impression on the international stage.

Check out Xhaka’s wife Leonita, who was left stunned on FaceTime after the midfielder bleached his locks.

She was speechless as her face dropped when she instantly realised what he had done. 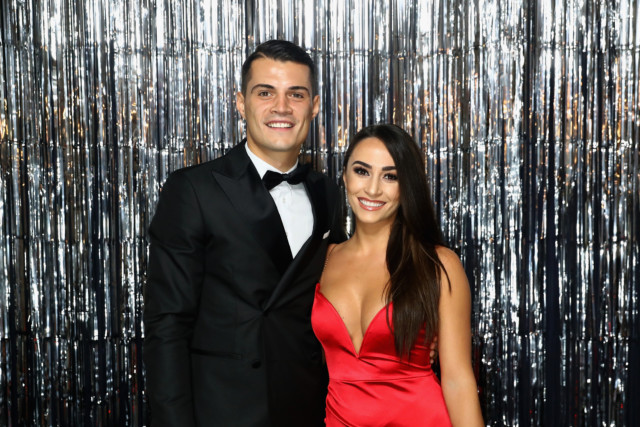 Granit Xhaka is married to Leonita 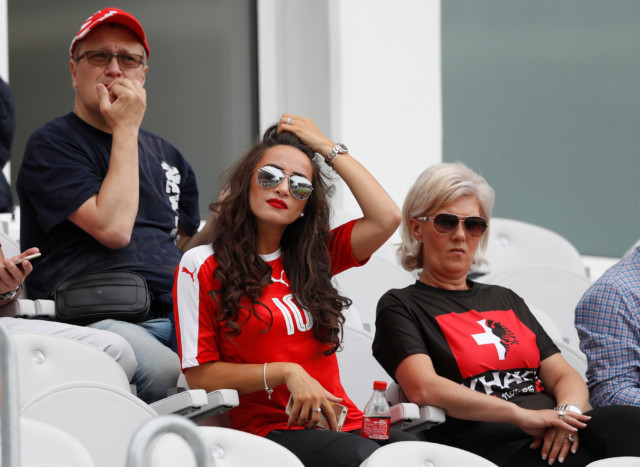