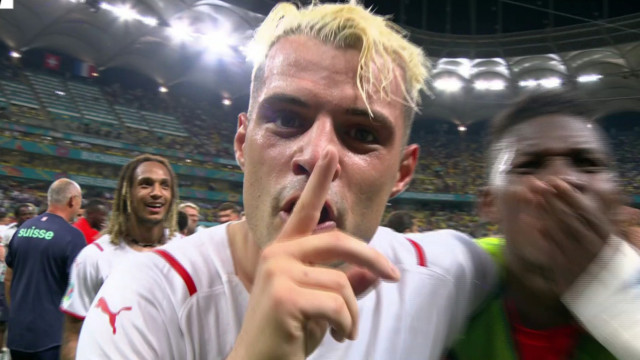 SWITZERLAND are aiming to topple another of Europe’s football giants days after their stunning defeat of World Cup winners France.

This evening Vladimir Petkovic’s so-called underdogs face the challenge of battling Luis Enrique’s Spain for a semi-final spot against Belgium or Italy. 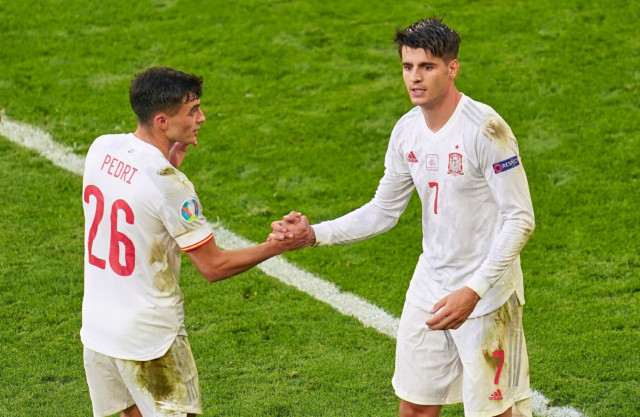 However Switzerland will be without with influential captain Granit Xkaka, 28, who is serving a suspension.

The last eight clash  between Luis Enrique’s goal-hungry La Roja and the plucky Red Crosses will be the first time the two teams have ever gone head-to-head at a Euros tournament.

Spain, who are three-time European Championship winners will no doubt be the favourites to progress to the contest’s semis.

However, skipper Sergio Busquets, 32, and his team-mates will be wary of the threat posed by Switzerland.

Petkovic’s side netted twice to force a dramatic extra time and penalties decider with the team emerging victorious against Les Bleus.

Viewers can watch the game on ITV1 with a preview and pre-match analysis airing from 4:15pm. 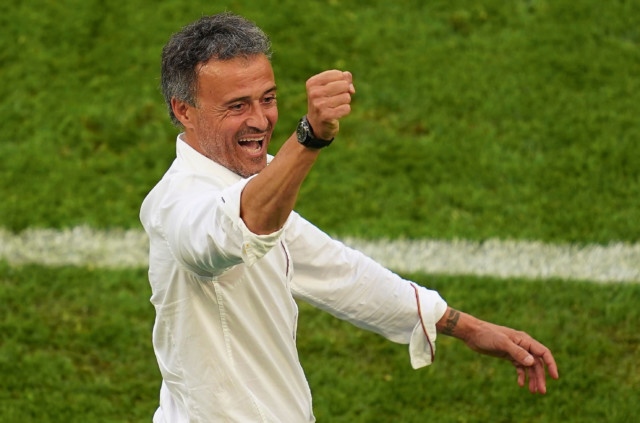 And while Switzerland were the 1-0 victors in a World Cup group stage match in South Africa 11 years ago, Spain have lost just ONE of the previous 22 clashes between the sides.

The two most recent games between the teams were Uefa Nations League duels in October and November 2020.

And a Mikel Oyarzabal goal helped Enrique’s aces seal a 1-0 win in the first encounter and with the Swiss picking up a draw in the second. 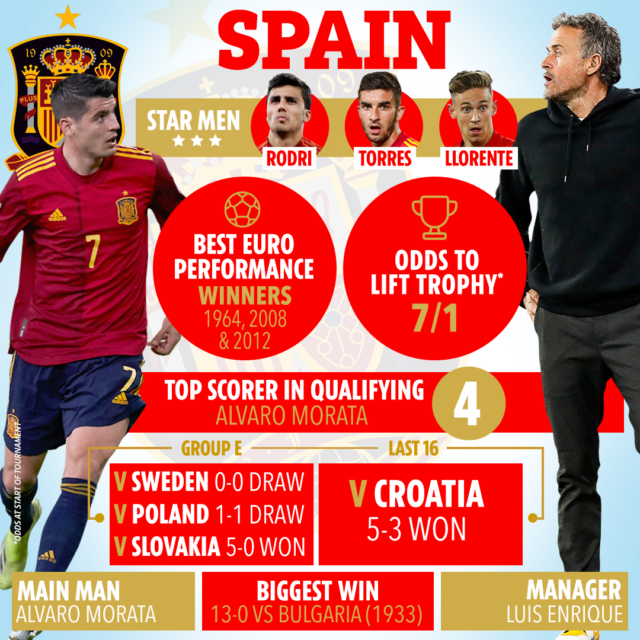 Both teams had a mixed start to this year’s Euros with Petkovic’s players finishing third in their group and Spain qualifying in second place.

However Enrique’s side have seen an upturn in their form in attack with the team scoring twice in extra time to beat Croatia 5-3 in a last-16 eight-goal thriller.

Real Sociedad’s Oyarzabal, 24, was among the players who found the net against Luka Modric and his team-mates.

And the game saw a resilient Alvaro Morata, 28, bag his second goal of the tournament after coming in for a barracking from some supporters. 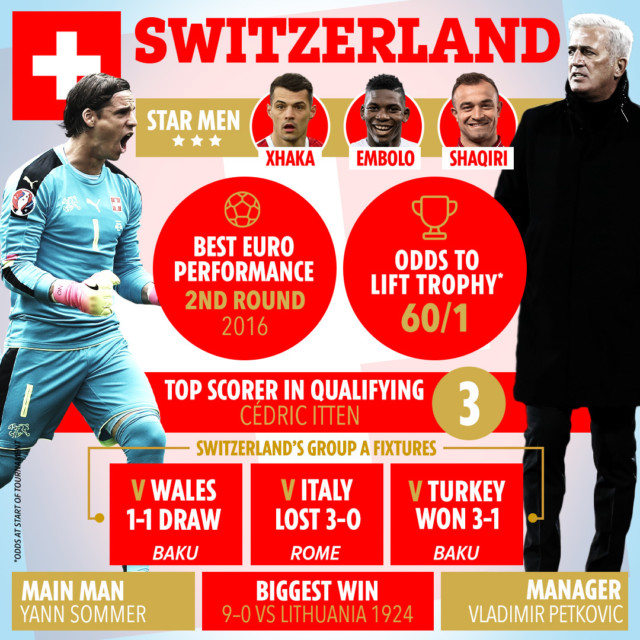 Switzerland will be without their talismanic skipper Granit Xhaka

The Prem ace silenced critics with a commanding performance in midfield as his side battled back from a 3-1 deficit to beat France.

The wantaway Arsenal star, who has been heavily linked with a move to Roma, held his own against Paul Pogba.

And he delivered an exquisite pass to tee up Mario Gavranovic whose goal took their clash with Les Bleus to extra-time.

However a second yellow card in successive games means the midfielder will miss his side’s clash with Spain due to suspension.

Meanwhile Spain could be without substitute goalkeeper David de Gea, 30, with the Man United stopper picking up a thigh injury in training before his side’s defeat of Croatia. 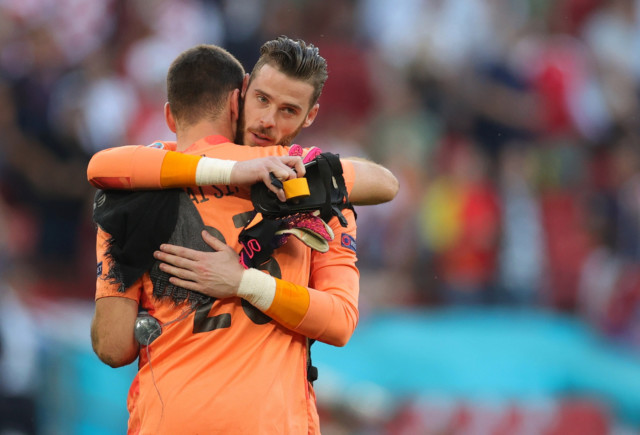 Haris Seferovic. The Benfica ace, 29, netted three goals for Switzerland in their victories against Turkey and France

The striker is starting to replicate the clinical club form that saw him net 22 goals in 31 games in Portugal’s top division helping his team finish third. 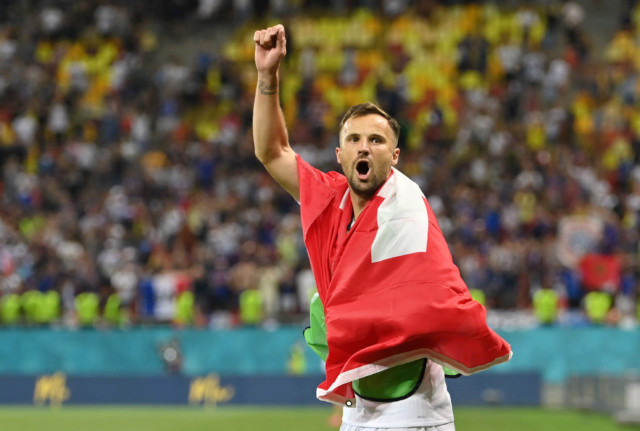 Mirjana Zuber, 28, will be among those cheering on her midfielder husband Steven Zuber, 29, and his Red Crosses team-mates

The 2014 Miss Switzerland finalist enjoys an exciting career as a host of her own podcast show and is training in the USA to become a television stuntwoman. 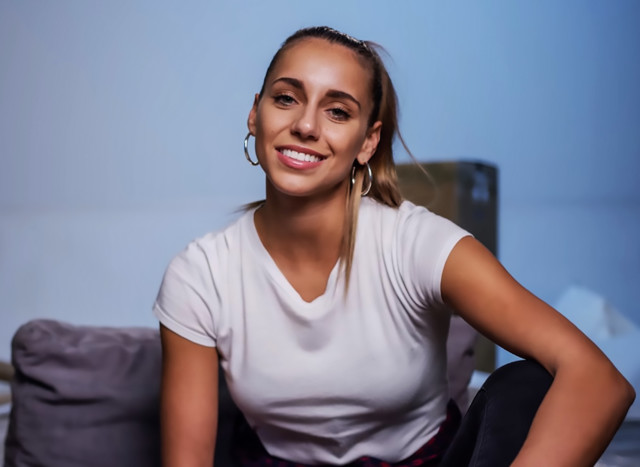