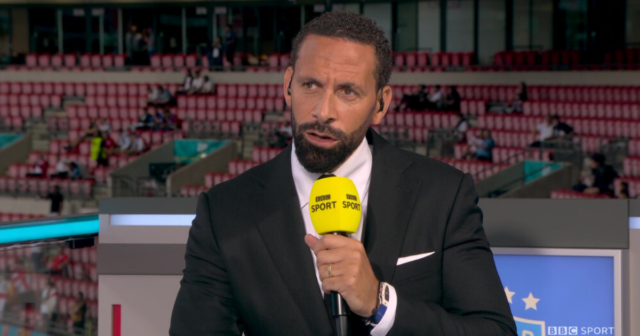 TWITTER has deleted more than 1,000 racist posts towards England players in 24 hours.

A barrage of abuse was aimed at Marcus Rashford, Bukayo Saka and Jadon Sancho after the Three Lions were beaten on penalties in an agonising final.

Rio Ferdinand has spoken out the abuse the England players suffered

A string of public figures including Prince William and Boris Johnson have now slammed the trolls – with Twitter confirming they have taken action.

The social media platform said over 1,000 tweets have been deleted that violated its policy and a number of accounts have also been suspended.

A spokesperson said: “The abhorrent racist abuse directed at England players last night has absolutely no place on Twitter.”

Facebook confirmed it also had removed comments and accounts following the abuse.

A spokesperson said: “No one should have to experience racist abuse anywhere, and we don’t want it on Instagram.

“We quickly removed comments and accounts directing abuse at England’s footballers last night and we’ll continue to take action against those that break our rules.

“In addition to our work to remove this content, we encourage all players to turn on Hidden Words, a tool which means no one has to see abuse in their comments or DMs. No one thing will fix this challenge overnight, but we’re committed to keeping our community safe from abuse”.

It comes after ex-England star Rio Ferdinand blasted “cowardly” rats behind the tweets and said more needed to be done.

The pundit praised the team and atmosphere inside in Wembley as fans clapped when players took the knee.

But he said it was “amazing” how extra time and the heartbreaking penalty shootout “drastically changed” the feeling towards the team.

Ferdinand, who has also been a victim of racist abuse, added: “Immediately after the game social media platforms became the toxic and racist safe place for the ignorant and cowardly rats to start spouting their disgusting feelings.

“Hiding behind the safety blanket that is social media platforms these disgusting people can continually abuse our England players knowing that they are safe to be able to stay anonymous.

“It’s a disgrace that anyone should have to receive this type of online hate….and just think about these same idiots only days ago would have been celebrating the brilliance of a Sterling or a Saka or a Walker for their efforts in an England shirt.

“You can bet ya last pound also that they would have sung the Raheem Sterling song almost bursting the veins in their bodies doing so. But England lose and that joy and sense of being united immediately evaporates and our black players become the target.”

The ex-Utd star said he wanted to replay the game in his head today but couldn’t as the “focus has shifted dramatically”.

He added: “It’s a shame that we are continually here asking the same questions and still not getting enough if any movement to help change this.

“These people I am talking about have shown us again who they really are!

“Social media companies please can we come together in creating a way to protect people on your platforms please…. Our young heroes need your attention too! @Twitter @instagram @Facebook.”

Gaffer Gareth Southgate also spoken out about the abuse his young players suffered and said the attacks are “unforgivable”. 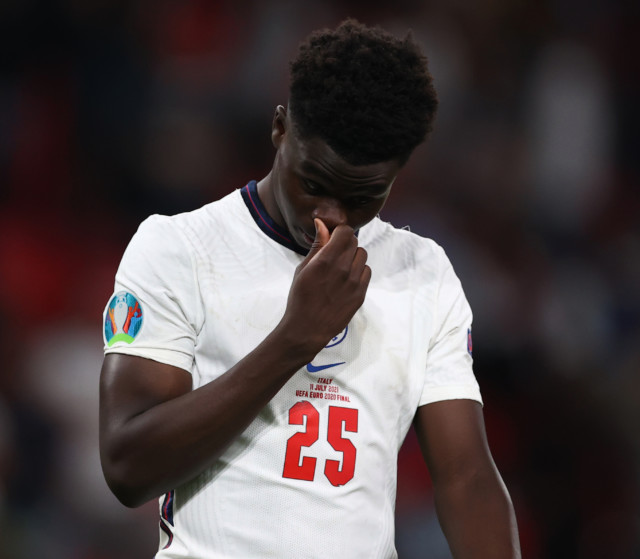 Saka was among the players getting racially abused
Advertisement. Scroll to continue reading.
In this article:bukayosaka, marcusrashford, threelions