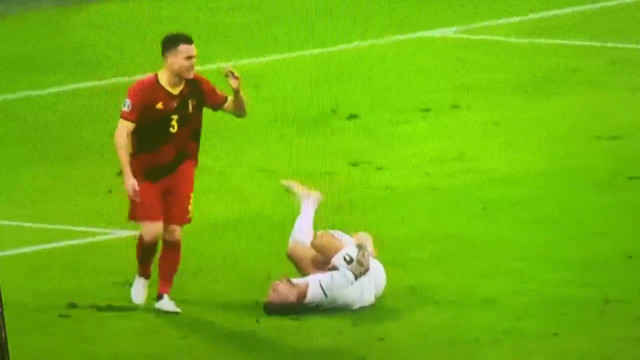 THIS is the hilarious moment Ciro Immobile quickly recovered from an ‘injury’ to celebrate Italy’s opener against Belgium.

The Lazio striker once again started in attack for Roberto Mancini’s side as they went booked their place in the Euro 2020 semi finals with a 2-1 win. 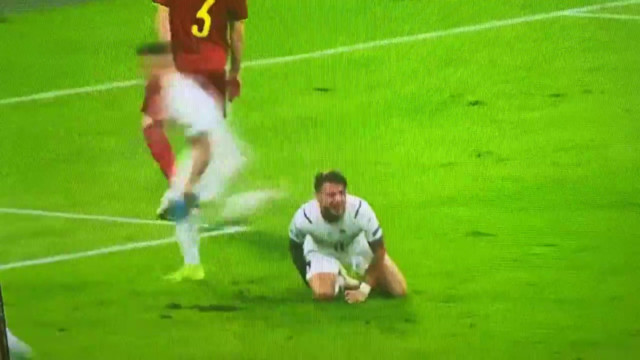 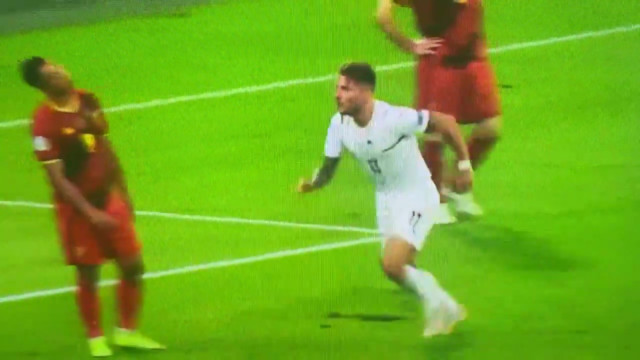 After a number of close chances at either end, a high ball was played towards the Belgium box in the 31st minute as Immobile attempted to dart between their defence.

However, the Italy forward fell to the ground after a slight coming-together with Jan Vertonghen.

And Immobile began to writhe around on the floor in apparent agony from the clash.

However, Inter Milan’s quick-minded midfielder Nicolo Barella quickly darted onto the ball instead of waiting for the ref’s whistle to stop the game.

He made a fool of Belgium’s defence by knocking the ball clear on goal before firing a sumptuous strike past Thibaut Courtois, giving his side the lead.

And Immobile was not to be left out of the party.

Instead of continuing to roll around, the hitman leapt back to his feet before sprinting after his team-mates celebrating on the other side of the box.

"I don't even want to laugh at that because that's pathetic!"

Alan Shearer was not impressed by Ciro Immobile's theatrics 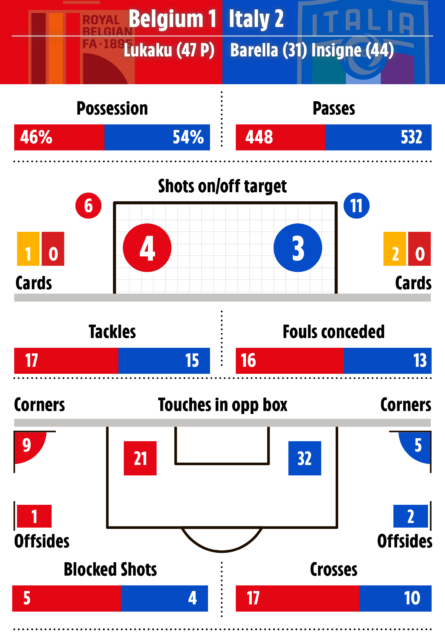 The incident certainly amused viewers, who flocked to Twitter to express their opinion.

One said: “Immobile must have got cured by Doctor Strange to recover from an injury that fast.”

Another wrote: “Still laughing at Immobile’s ‘serious’ injury… goal scored then man legged it to join the pile up as if nothing happened.”

One tweeted: “Immobile had such a bad injury until his teammate scored then he fully recovered. It’s a miracle!”

Another added: “Immobile was so busy faking an injury he missed a great first goal by his team.”

But England legend Alan Shearer was not impressed.

The BBC pundit blasted: “I don’t even want to laugh at that because that’s pathetic!”

Italy found themselves two goals up in the 44th minute when Lorenzo Insigne fired a gorgeous long-range strike past Courtois.

But Belgium pulled themselves back in seconds before the break when Romelu Lukaku slotted home a penalty.

However, Roberto Martinez’s side were unable to find an equaliser in the second half, leaving Italy to celebrate a famous win.

still laughing at immobile’s ‘serious injury’ …goal scored then man legged it to join the pile up as if nothing happened, it’s jokes man

Immobile had such a bad injury until his team mate had scored and then he had fully recovered. Its a miracle!

Ciro Immobile was so busy faking an injury he missed a great first goal by his team. #BELITA

Advertisement. Scroll to continue reading.
In this article:onceagain, semifinals, win