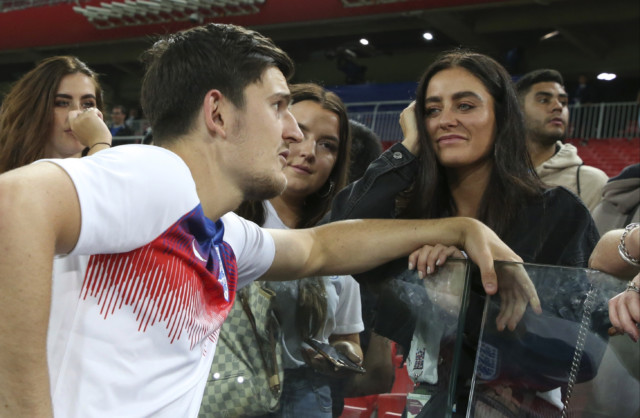 The pair were spotted chatting to family and friends at Wembley after the extra-time win over Denmark and the footage immediately drew comparisons with shots of Maguire from the World Cup in 2018.

Three Lions centre-back Maguire was caught in a now timeless shot after he nodded England’s opener in their 2-0 World Cup quarter-final win over Sweden in 2018.

It’s a meme that has taken a life of its own since with millions of fans sharing the picture alongside their own versions of what Maguire might have been saying to the group of girls he was chatting to.

One of them was actually his fiancee Fern Hawkins but that didn’t stop most fans from chiming in with their own funny versions.

And such is the notoriety of the shot, when images of Grealish and Saka nonchalantly draped over the Wembley seats after Wednesday’s famous win emerged, fans were quick to hark back.

ITV football – who broadcast the historic match – were among the first to chime in.

Nino was one of more than 530 fans to like the tweet and wrote: “Love to see it. This is the new Maguire meme.”

And after several accounts joked about the pair heading ‘straight for the girls’ after their country’s win, Sid Vinicius quipped: “Brother Saka is actually quoting Bible verses to help Grealish focus on the final…” 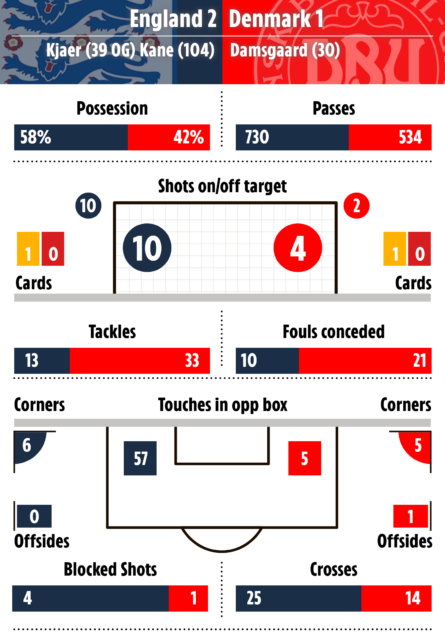 England were deserved winners against Denmark

Many have questioned Southgate’s decision to ‘sub the sub’ when he took Grealish off only 36 minutes after putting him on.

The Aston Villa midfielder replaced Saka in the 69th minute of normal time with the scores at 1-1.

He looked lively but could not have as much of a drastic impact from the bench as he has had earlier in the tournament.

Harry Kane sent England fans into dreamland with one minute to go in the first-half of extra-time – scoring the rebound from his own missed penalty to become the Three Lions’ joint top scorer of all time in major tournaments.

And just a minute later – at half-time of extra-time – Grealish was subbed off and replaced by Kieran Trippier as Southgate changed the system to shore up the win.

The tactic worked and England reached their first ever Euros final and Grealish seemed fine with it after the game as he tweeted: “I love this team. What a night at Wembley.”

Love to see it

this is the new Maguire meme https://t.co/9hR9yMJ0Iw

Yeah so a good header doesn’t hurt. I mean the moment you head it proper, you feel it’s a good one. Know what I mean love? pic.twitter.com/a5b8UqDjv2

“Can you ask the neighbours to put the bins out on Monday? We’re not going home just yet”

"Sure, Timaeus 44d claims that a sphere is the ideal shape for a human head, but that just shows that Plato was never much good at headers." #Maguire pic.twitter.com/EGZIs59Dm6

I dint plan it or owt, I just sorta became a bit of a meme sensation. Anyway you wanna see me inflatable unicorn? pic.twitter.com/KTLgwqV71I

I love this team!! What a night at Wembley! 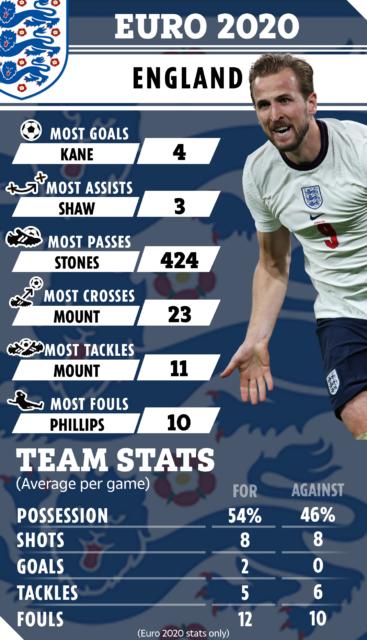