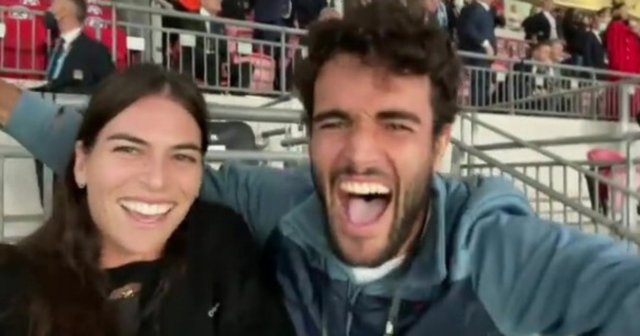 MATTEO BERRETTINI was left disappointed after being beaten by Novak Djokovic in four sets in yesterday‘s Wimbledon final.

But after a 13 mile jaunt north to Wembley Stadium, the Italian was in dreamland by the end of the day.

After his media commitments were done, he and girlfriend Ajla Tomljanovic – who herself reached the quarter-finals of The Championships last week by beating Emma Raducanu – raced off to Wembley for the football.

Following his defeat, Berrettini had said: “I had a really great run during the two weeks, so I couldn’t ask for more… but maybe a little bit more!”

And he was almost immediately granted his wish, as Italy came from behind to beat England on penalties in a tense Euro 2020 final.

The world No8 was put through the ringer during the nerve-shredding match, with Tomljanovic sharing some of his emotional moments on her Instagram story.

He experienced the highs and lows, before ultimate jubilation as Gianluigi Donnarumma saved Bukayo Saka’s penalty to win it.

The Aussie had shown Berrettini nervously bouncing up and down before giving her a big hug. 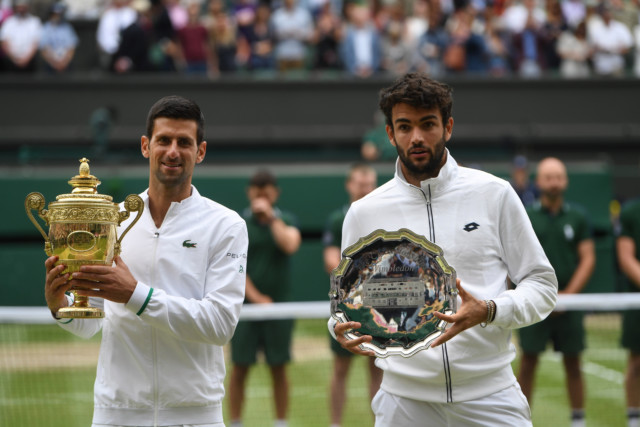 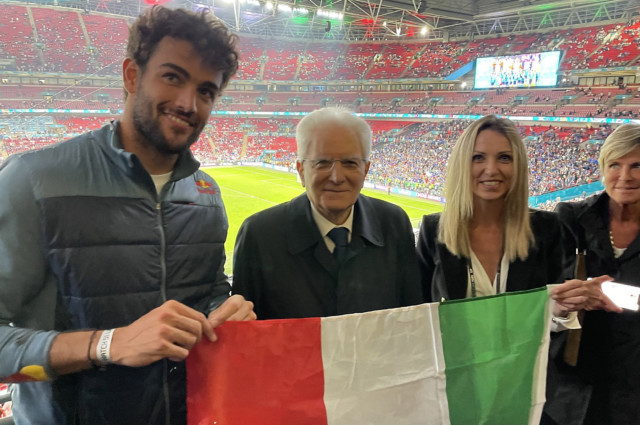 Berrettini’s emotions veered in each direction as the drama unfolded.

And as Donnarumma made his vital save, Berrettini let his full emotions out.

The 6ft 5in star, who had played 3h 27m of gruelling tennis earlier in the day, jumped up and down and screamed to the heavens in triumph.

He then even got to go on the pitch after the game, taking part in an interview alongside Donnarumma.

Berrettini is now set for a fortnight off, before jetting out to Tokyo to represent Italy in the Olympics.

Tomljanovic, 28, is also set to take part in the Games in Japan for Australia. 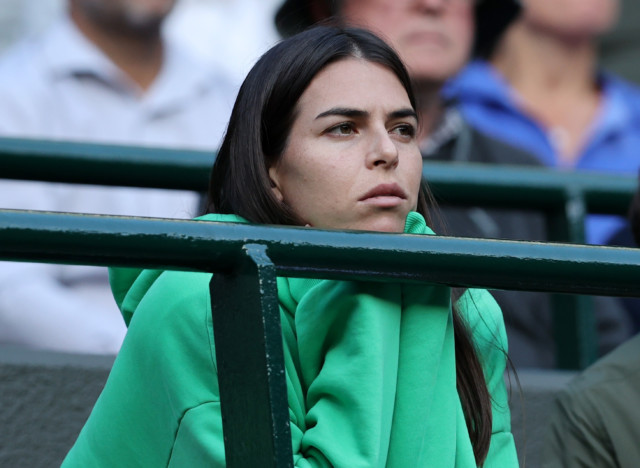 Tomljanovic had nervously watched Berrettini from his player box at Wimbledon 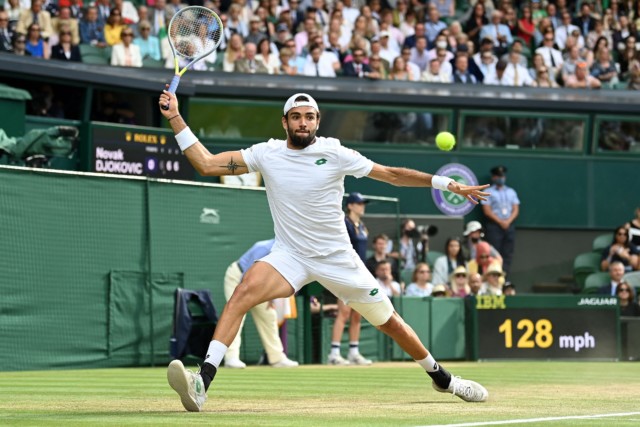 Berrettini won plenty of fans at Wimbledon in the last fortnight