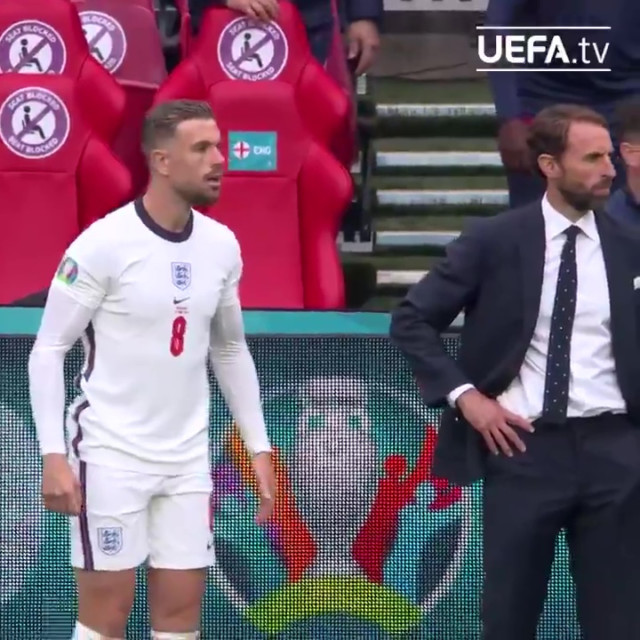 JORDAN HENDERSON was no different to a delirious fan in the stands when Harry Kane sent Wembley into hysteria.

In previously unseen footage Henderson, 31, can be seen waiting to come on as a substitute just as England mounted their attack to score the second past Germany. 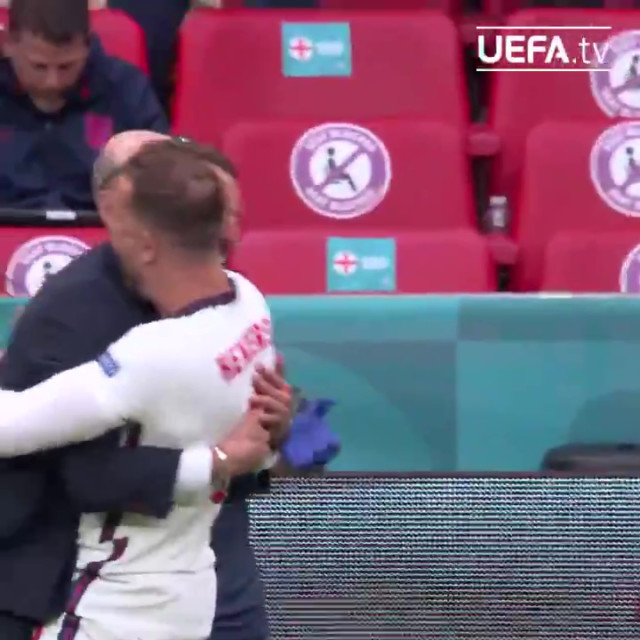 The Liverpool captain was preparing to come on for Declan Rice, no doubt to help protect the Three Lions’ slender lead.

Craning his neck and mouthing ‘go on’, he felt the moment of anticipation as Jack Grealish swung his cross in.

And as Kane converted, Hendo went bounding down the touchline, while screaming at the top of his lungs.

He quickly turned back, embracing manager Gareth Southgate in a passionate hug.

The amazing footage encapsulated just how much the victory meant to the nation and to the players looking to win a first major trophy since the 1966 World Cup.

Henderson would came on two minutes later in the 88th minute.

And thanks to that goal from Kane and Raheem Sterling’s opener England comfortably saw out the victory.

The result marked the end of a 55-year wait for an English victory over the Germans in a major tournament knock-out game. 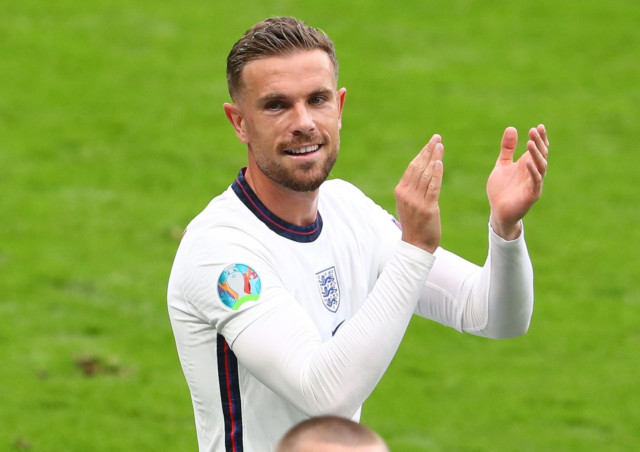 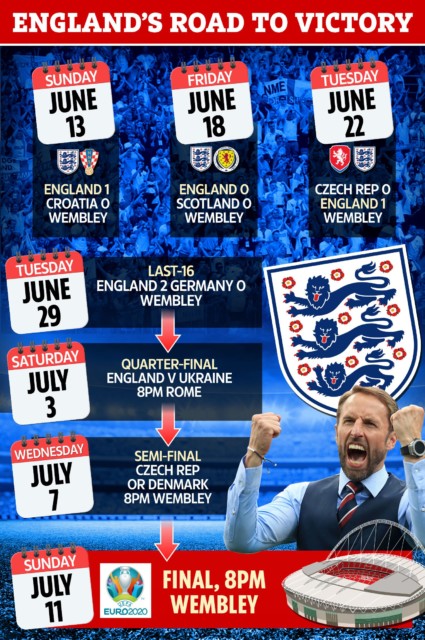 After the match, a jubilant Southgate told the BBC: “I am just so pleased. I was looking at the big screen and saw David Seaman up there.

“For my team-mates that played with me [at Euro 96] I can’t change that [his penalty miss against Germany in the semis] so it will always hurt, but what is lovely is we have given people another day to remember and now we have to do it in Rome.

“We have talked about bringing enjoyment to the nation and afternoons like this are what it is about.

“The players were immense right the way through the team and the fans were as well.

“It was as good an atmosphere I can remember at Wembley.” 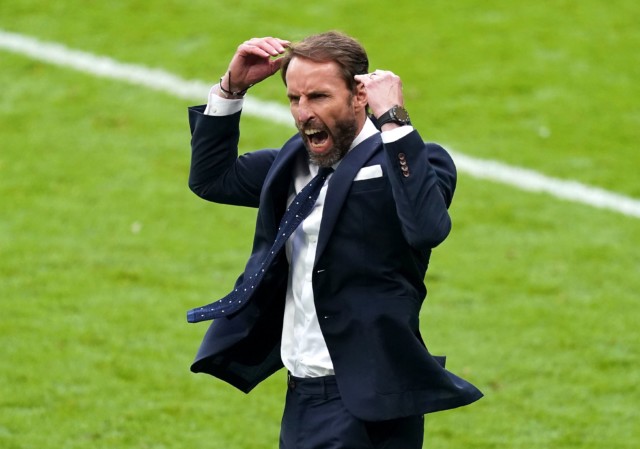