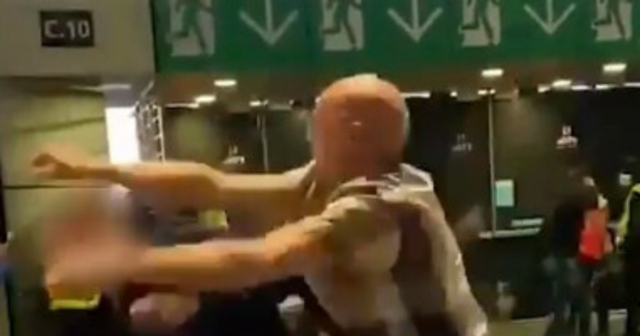 Hundreds of ticketless louts breached security to charge into the stadium on Sunday as fans ran riot.

Wembley descended into a warzone as 2,500 ticketless yobs ran amok at the crunch match against Italy.

Drunken hooligans broke through barriers and brawled as stewards battled to keep control.

Nineteen Met Police officers were injured during violent clashes in London, with 86 arrests, 53 of them at Wembley.

One steward told The Mirror a ticketless England fan threatened him with a knife and said: ‘You ARE going to let me in.”

A woman said she had been subjected to a serious sexual assault in a crush at the turnstile, The Mirror reports.

The FA has launched an investigation into the “unprecedented” crowd trouble at the country’s biggest match for 55 years.

But there are fears Britain’s joint 2030 World Cup bid with Ireland could have been torpedoed by Sunday night’s sickening violence.

The Government is questioning those responsible for policing the final, with the FA facing a heavy fine.

And UEFA could rule against Britain and Ireland’s joint bid before a FIFA vote on 2030.

England’s 1966 legend Sir Geoff Hurst – who was at Sunday’s final – said: “If we hold the World Cup here then measures will have to be taken to ensure that this doesn’t happen again.”

A senior figure at one of the FA’s bid partners told the Daily Telegraph: “It can’t help things – looked like chaos outside the stadium.”

He added: “Unfortunately, the headlines today are once again reflecting on idiots and drunken louts.

“It would be wonderful to see a World Cup back again in the United Kingdom and, certainly, the events of Sunday night do not enhance the prospects of it happening.”

One said: “Analysis of video footage shows around 2,500 ticketless yobs storming in.

“But, the fact is, the stadium is not policed because Wembley won’t pay the bill for it.

“Security is left to poorly paid stewards to deal with and they were totally overrun. Serious questions need to be asked.”

He said: “For me, their duty of safeguarding to the fans is absolutely central to what they do and, without it, frankly, they’re not doing their job.

“There needs to be a full inquiry from the Football Association which needs to be released into the public domain in order to set up precisely what went wrong and what lessons will be learnt.

“We are incredibly lucky that potentially the greatest night in English football in more than half a century wasn’t marred by the most awful tragedy.

“I can’t imagine what the families of those to have lost people in the past in such situations would feel watching those scenes.” 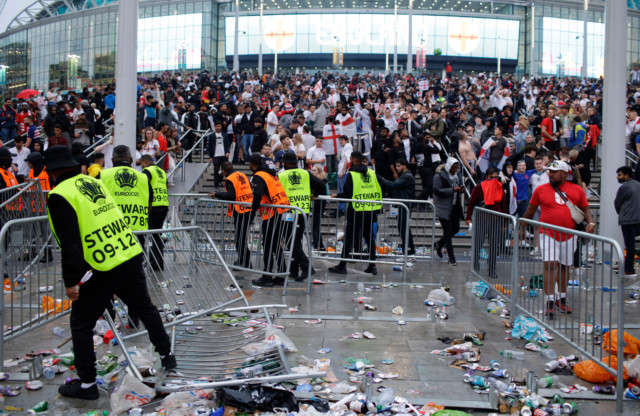 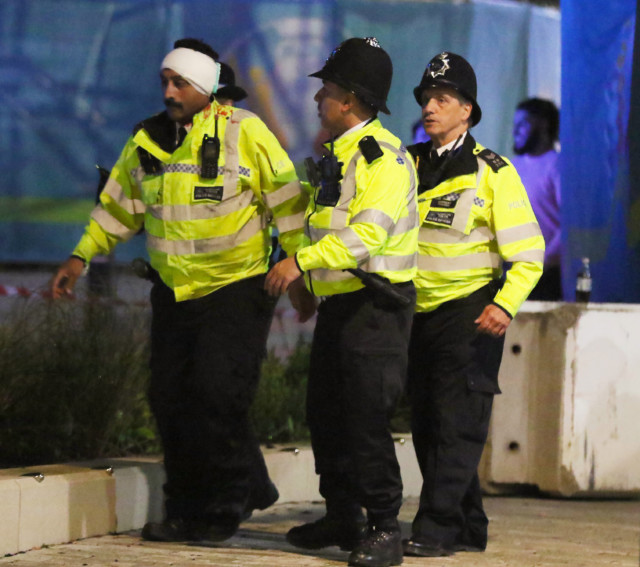 Nineteen police officers were injured amid sickening scenes in London
Advertisement. Scroll to continue reading.
In this article:onsunday, ranamok, worldcup