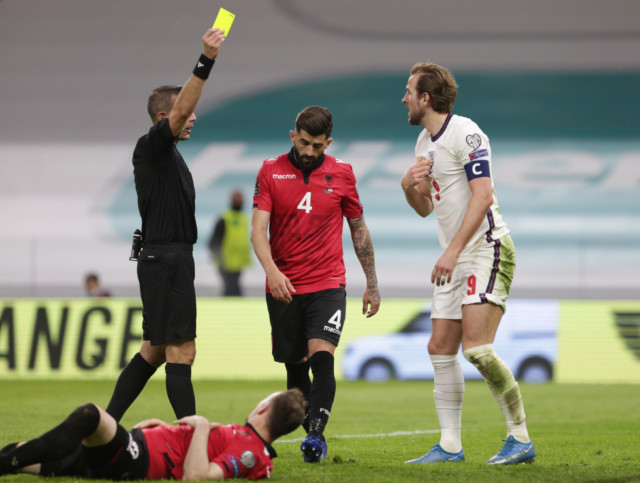 EURO 2020 is in full swing with the final eight teams heading into the quarter-finals.

But players will have to be careful when picking up yellow cards this year as they could find themselves suspended for the next game if they pick up too many.

All 24 teams that have qualified for the tournament will play three group stage games with the top two progressing to the knockout stages.

And four of the best 3rd placed teams will also take part in the knockout stage of the competition.

Luckily, yellow cards do reset for the teams who do make it towards the latter stages of Euro 2020 – but how many yellow cards result in a suspension and when do they reset?

How many yellow cards result in a suspension?

According to Uefa, article 52, a player is suspended for the next match after picking up two yellow cards in two different matches.

A player will also be suspended if they pick up a fourth caution in four different matches.

So if a player is going to pick up yellow cards, it’s better to get two out of the way early on in the group stages in order to make the Round of 16 game should their team make it.

When do yellow cards reset?

Single cautions in Euro 2020 will reset on completion of the quarter-finals of the tournament.

The yellow cards will not be carried forward into the semi-finals.

All cautions and pending yellow-card suspensions in Euro 2020 will expire once the tournament is complete.