Which teams have qualified for Euro 2020 last 16 and are England through?
Advertisement 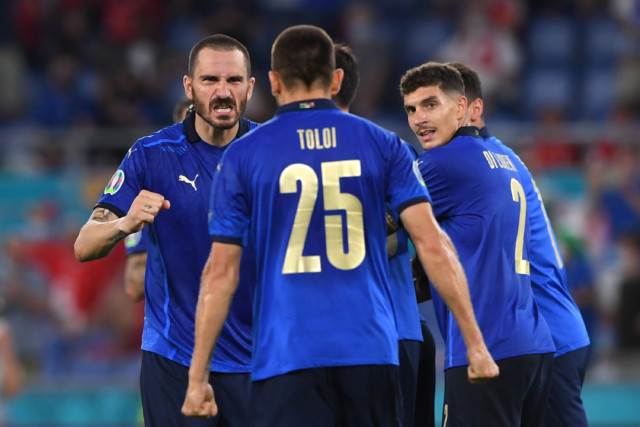 THE group stages of Euro 2020 are coming to a close – and there’s been drama aplenty.

With 16 places up for grabs in the next round, there’s all to play for in the remaining games this week.

Here’s all you need to know about the teams that have gone through so far.

The following teams have qualified for the Euro 2020 last 16:

The Italians followed up their 3-0 win over Turkey by hammering Switzerland by the same scoreline to make it through to the last 16.

And a 1-0 win over Wales made it a clean sweep for the Italians – but also saw the Welsh finish second and go through.

Switzerland will be forced to wait to see if they can qualify after a 3-1 win over Turkey saw them secure third in Group A.

Belgium have qualified from Group B after seeing off Denmark 2-1 in Copenhagen, while Holland have been confirmed as Group C winners following victory over Austria.

After Denmark’s incredible win over Russia, every team who has four points will now be guaranteed a spot in the last-16.

As such, England are through ahead of their game against the Czech Republic.

The Three Lions can even afford to lose at Wembley – they would still qualify as one of the top-ranked third-placed teams.

How many points will be enough to qualify?

In Euro 2016, Northern Ireland were the lowest ranked third placed team to qualify, with three points and a goal difference of zero.

And exactly the same points total and goal difference will be enough to take teams that finish third through this time.

Advertisement. Scroll to continue reading.
In this article:sofar, thegroup, youneed