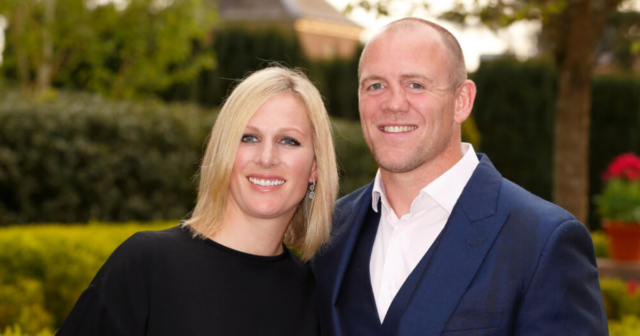 ZARA Tindall had to wipe blood from a seat in Wembley stadium after her husband Mike broke up a fight between two rowdy England fans.

The royal, 40, pulled a hankie from her handbag to clean up the mess just before kick-off.

Former rugby ace Mike, 42, had stepped in after a spectator was punched and had his nose broken.

A source told HOAR: “Tensions had got a bit heated near to where Zara and Mike were sitting because it had got quite crowded.

“Two fans ended up in a punch-up and Mike had to step into save the day.

“He stood between them and pulled them apart before stewards could get them under control.

“Unfortunately some blood ended up near Zara and she had to use a tissue to mop it up.

“It was absolute mayhem. Wembley were very lucky Mike was able to take control of the chaos.”

It came after ticketless fans managed to breach security to get into Wembley.

Security and police removed those who made it inside.

Wembley Stadium confirmed there had been “an incident” involving a “small group of people”.