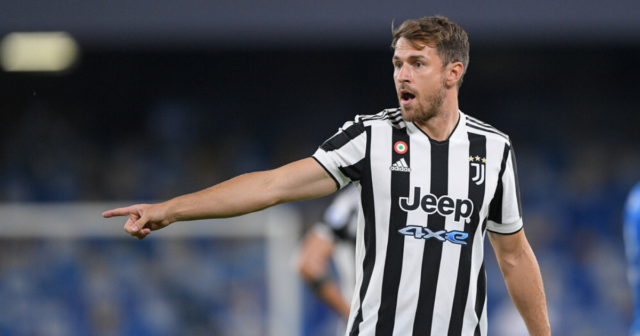 JUVENTUS midfielder Aaron Ramsey is reportedly set to say his goodbyes to his team-mates ahead of a potential move back to the Premier League.

The Arsenal icon, 31, has been heavily linked with a move back to England as the Old Lady look to get his £400,000-a-week wages off their books.

Injuries have scuppered Ramsey‘s time in Turin since he made the move to Italy after his contract expired at the Emirates in 2019.

He has been limited to just three Serie A games this term due to his repeated setbacks – much to the frustration of the club.

And according to La Gazzetta dello Sport, his time at Juve is coming to an end.

They state that the 71-cap Wales international is due back at the training ground on Monday following the Christmas break.

But they add that he will only be returning to say goodbye to his team-mates and to the club staff.

The Italian news outlet also insisted that the player’s entourage are in contact with a number of teams ahead of a January exit.

It was revealed earlier this month how Ramsey’s agent David Baldwin was working on a move away from Turin in the winter transfer window.

Newcastle are known to be huge admirers of the three-time FA Cup winner as Eddie Howe looks to bolster his midfield.

The Magpies are lining up a deal for the ex-Cardiff ace with the Toon outfit set to splash the cash following their Saudi-backed £300million takeover.

Though it is believed that Ramsey would have to take a pay cut with Newcastle unable to match his current earnings.

Juve would be willing to offload Ramsey on either a cut-price deal or on loan until the end of the season.

In addition to the 2012 Olympian, Newcastle are also hoping to complete the signing of Kieran Trippier from Atletico Madrid.

And Barcelona centre-back Samuel Umtiti has emerged as a £17million option.

Did you miss our previous article…
https://www.sportingexcitement.com/football/premier-league/chelsea-star-azpilicuetas-plans-to-build-new-seven-bedroom-mansion-with-pool-gym-and-cinema-thwarted-by-bats