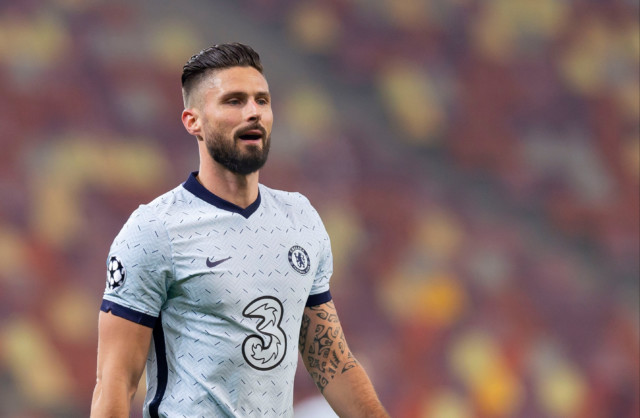 CHELSEA striker Olivier Giroud has reportedly reached an agreement with AC Milan over a two-year deal.

It was announced last week that the Blues had secretly extended the 34-year-old’s stay at Stamford Bridge for another year.

He had been expected to depart on a free transfer to join the Rossoneri after being limited to a bench role under Thomas Tuchel.

But he could still be plying his trade for the Serie A giants next term, with Calciomercato claiming a move is still on the cards.

The Italian news outlet states that Giroud has agreed personal terms with Stefano Piolo’s side.

Should he make the move to Milan, he will sign a two-year contract at the San Siro worth £3.4million.

Though the transfer will only go through if Milan can nab him for nothing instead of forking out money.

However they believe that the deal will go ahead, with Blues director Marina Granovskaia giving Giroud her word that he can leave for free if he moves abroad.

Giroud spoke of his admiration for Milan just days after his contract renewal in West London was confirmed as he hinted at a potential switch.

He said: “I want to make it clear that Chelsea reactivated the clause in April.

“And they recently announced it to comply with Premier League rules.

“It’s fair to remember that I liked Marco van Basten and Andriy Shevchenko.

Did you miss our previous article…
https://www.sportingexcitement.com/football/premier-league/cheeky-paddy-power-put-up-mural-of-grealish-and-rice-in-dublin-and-will-donate-cash-to-irish-football-when-england-score