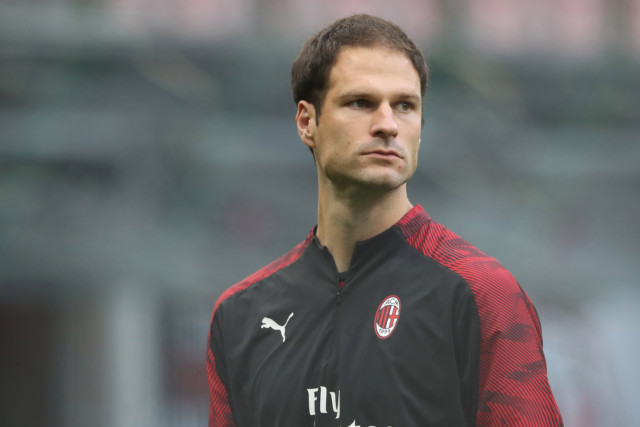 AC MILAN are reportedly in talks with Bournemouth to re-sign goalkeeper Asmir Begovic.

The former Chelsea stopper spent the second half of last season in Italy providing back up to 21-year-old Gianluigi Donnarumma.

Begovic, 33, only made two appearances in Milan, but it is understood they want the Bosnian back as their No2.

According to The Telegraph, the Serie A giants and Bournemouth have started talks over a deal for the keeper.

With the Cherries returning to the Championship, they could demand a fee for Begovic.

It would also allow them to ease the their wage bill.

It comes as Milan close in on a deal to extend Zlatan Ibrahimovic’s San Siro stay.

The Swedish striker re-joined the Serie A side midway through the 2019/20 season, where he scored 11 goals in 20 games.

Ibrahimovic and Milan have been locked in contract negotiations for weeks,  with his agent Mino Raiola stating he is “optimistic” a deal could be reached.

He told Sky Sports Italia: “He won’t be there tomorrow, for the moment.

“We are still talking, but there is no agreement yet. It’s not about money, but of conviction and style.

“It takes two to make a marriage work and if Ibrahimovic didn’t want to remain with the Rossoneri, then there wouldn’t be a negotiation.”