AFCON delayed until 2024 over weather concerns in Ivory Coast… but how does it affect Man Utd, Arsenal and Chelsea?
Advertisement 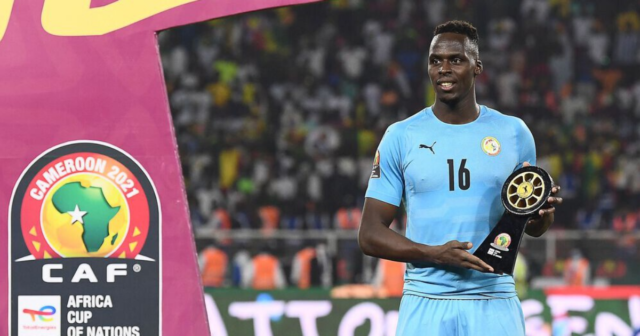 NEXT year’s Africa Cup of Nations has been delayed from the summer of 2023 to early 2024.

Ivory Coast are hosts but fears over the weather in the country mean the start has been pushed back, in what is a blow to Premier League clubs.

Originally AFCON had been set for June and July 2023, which would not result in players missing any club duty.

But now with the tournament in early 2024 players will jet off to compete in the middle of the season, just as they did earlier this year.

The decision has come due to June and July being part of the rainy season in the Ivory Coast.

Back in 2017 The Confederation of African Football (CAF) made the decision to move the tournament to the summer months from January-February to avoid disputes with European clubs.

Covid forced the 2021 tournament to be moved to earlier this year, resulting in numerous Premier League teams losing vital players.

And now Prem teams are set to lose their stars mid-season once again.

For Manchester United it would mean losing Eric Bailly, if he still plays for the club, with Ivory Coast guaranteed a spot in the tournament as hosts.

And a number of other Prem outfits are set to lose some important players – if their nations qualify.

Arsenal will be without Thomas Partey midseason once again, although the midfielder only missed one game during the recent tournament as Ghana suffered a shock early exit.

Chelsea would also be heavily impacted, with No1 keeper Edouard Mendy also the No1 stopper for this year’s winners Senegal.

The Blues would not lose Hakim Ziyech to Morocco though after the winger announced his international retirement in March.

At Tottenham Antonio Conte would be without new signing Yves Bissouma (Mali) for a crucial part of the season.

Despite Sadio Mane leaving Liverpool this summer the Reds are still set to lose Egypt talisman Mohamed Salah to AFCON after he signed a new £400k-a-week three-year contract at Anfield.

And to round off the Big Six Manchester City will be without the services of Riyad Mahrez with the winger set to represent Algeria.

Numerous other Prem clubs also stand to lose a number of vital players with the tournament set to be held midseason.

CAF president Dr Patrice Mostepe told a press conference in Morocco: “The 2023 Africa Cup of Nations will now be played between January and February 2024.

“This is one of the issues we discussed during our congress meeting here in Morocco and the official dates will be communicated later.

“It is after deliberations we came into the decision, we have partners and even though we make decisions, it is out of respect that we take the advice we are getting that we cannot take a risk [to host the tournament] and so that is why we have made the necessary announcement.

“I am happy and impressed with the infrastructure put in place by Ivory Coast in readiness for the tournament and I am sure they will host a very good tournament.”