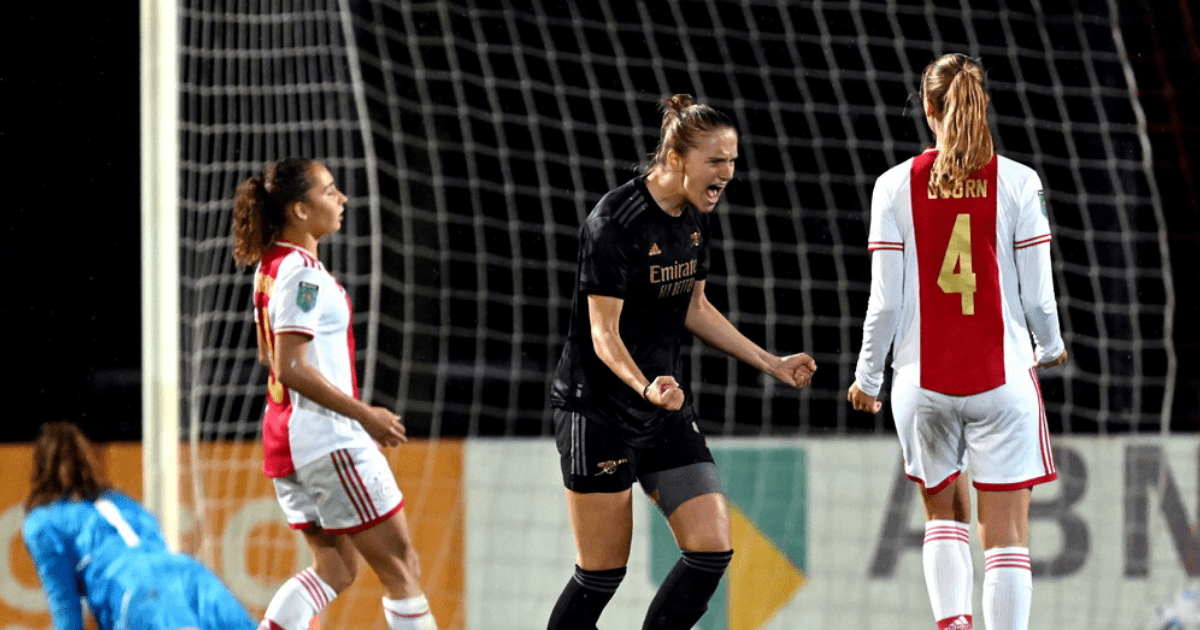 VIVIANNE MIEDEMA struck as Arsenal dispatched Ajax on a rain-sodden Champions League night in the Netherlands.

The Dutch hotshot netted with the Gunners clinching a 1-0 away victory to book their group stage place.

The round two second leg result saw Arsenal win 3-2 on aggregate this evening.

But the visitors suffered injury scares with Rafaelle Souza crocked and Beth Mead subbed off after a nasty-looking blow to her head.

Last Tuesday saw the Gunners frustrated by their battling Dutch opponents who caught them cold with a late goal.

But tonight’s match – played on the outskirts of Amsterdam – was a different story as Jonas Eidevall’s side put that result to bed with a battling display.

But then Ajax made their presence felt going forward with Ashleigh Weerden jetting down the left, but unable to find a team-mate with her tenth-minute cross.

Eidevall was forced to shuffle his deck with Rafaelle limping off following an earlier kick from Chastity Grant.

The Gunners striker bagged her third goal of the season, across all competitions, burying a bottom corner strike in the 51st minute.

Later Mead entered the fray for the visitors shortly after Tiny Hoekstra was subbed on for Ajax with 25 minutes of normal time left.

And Hoekstra came dangerously close to sliding in a leveller before a nasty clash of heads between Mead and Nadine Doordam saw the latter cautioned.

Mead was later forced to come off after feeling the effects of the blow to her head in the closing minutes.

The visitors held out to join Chelsea in the Champions League groups stages. 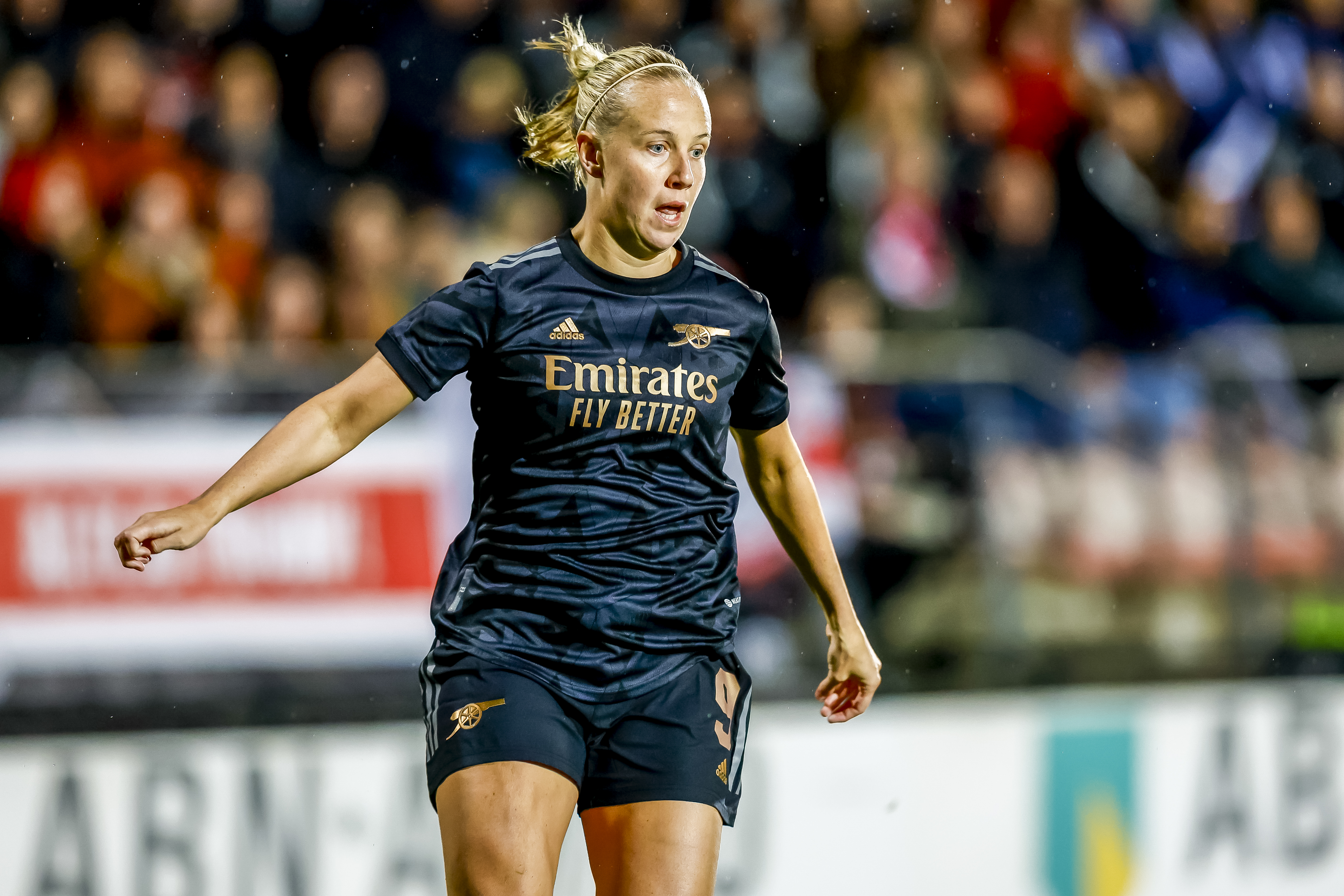 Advertisement. Scroll to continue reading.
In this article:ajax, championsleague