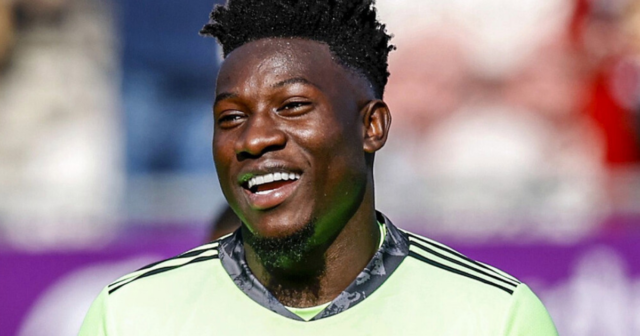 But French club Lyon are seemingly in the lead for his coveted signature.

Onana, 25, was handed a 12-month ban in February after testing positive for a banned substance.

The Cameroon international’s suspension has since been reduced to nine months.

And Onana has a number of top teams chasing him this summer.

Arsenal are in the market for a new stopper.

And they have been strongly linked with a £30million move for Sheffield United star Aaron Ramsdale.

But Mikel Arteta’s men still trail Lyon – despite the French club going AWOL on talks in the past week.

Former Gunners star Overmars told Voetbal International: “I’m not sure if we’ll get to a deal with Lyon.

“There hasn’t been contact for a week. Another club was interested but they already got another goalie.

“Arsenal were also mentioned but I haven’t had any contact with them.”

In the meantime, Arsenal are closing in on a £50m deal for Brighton centre-back Ben White.

The Gunners are also keen on a new striker and have reportedly made an enquiry for £77m-rated Inter Milan ace Lautaro Martinez.