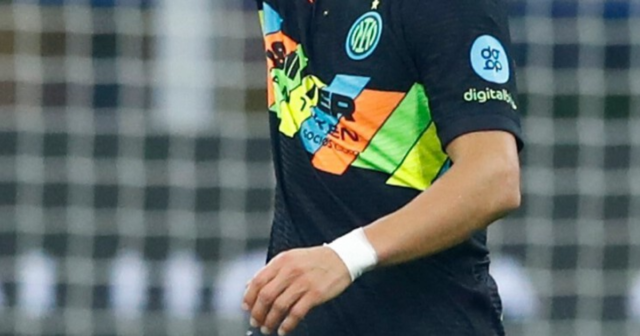 WHICH Alexis Sanchez will Liverpool face when they travel to Milan to face Internazionale on Wednesday night in the Champions League?

The little Chilean may not start. In Serie A he has been coming off the bench, though he did score in the last match he started, last week in the Italian Cup against Jose Mourinho’s Roma.

Off the bench or in the starting eleven, 33 year-old Sanchez is showing signs of being able to roll back the years. This could well end up being his best season since leaving Arsenal in 2018.

By then he was already running into problems – a consequence, surely, of spending too much time running over every blade of grass on the field. He was clearly overworked.

In 2014 there was the World Cup. The following year there was a Copa America, on home ground.

Chile won the tournament for the first time, with Alexis chipping home the decisive penalty in the final shoot out against Argentina.

In 2016 there was an extra Copa America, held in the USA, to celebrate the centenary of the competition. Chile won it again, once more overcoming Argentina in a penalty shoot out.

And the following year, as continental champions, they represented South America in the Confederations Cup in Russia, where once again they went all the way to the final.

This was a daunting workload. It took its toll on Chile’s ageing side, who failed to make it back to Russia for the World Cup after running out of steam in qualification. And it took its toll on Sanchez, who was a shadow of his former self in an unhappy spell at Manchester United.

Maybe he has now had enough time to recover. If Chile still have a remote chance of going to Qatar for this year’s World Cup, it is because of him.

At the start of this month he produced a wonderful display at the dreaded extreme altitude of La Paz when Chile beat Bolivia 3-2.

He scored the first with a devilish free kick, laid on the second with a clever diagonal pass and clinched the points with a wonderful solo goal.

A win away to Brazil will almost certainly be required next month – and Brazil have still never lost a World Cup qualifier on home soil.

But Alexis Sanchez has already made history with Chile. And with an enthusiastic new strike partner in Blackburn’s Ben Brereton Diaz, Chile are entitled to dream and Alexis Sanchez can cling on to the hope of playing one more World Cup.

A Champions League would be nice, as well. Sanchez has never won the title.

He arrived at Barcelona just after the 2011 triumph, and left a year before 2015.

He wanted to be more important to the team, and gained that status at Arsenal – but in a side that was not quite good enough to compete for the top prize.

By now Sanchez will probably take it any way it comes, off the bench if necessary. But Liverpool stand in his way. 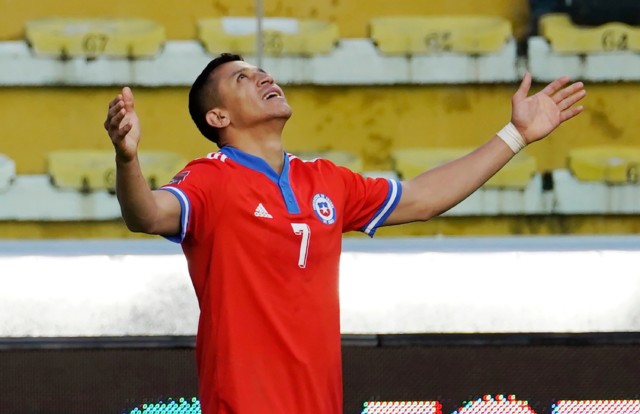 Sanchez was the star of the show for Chile against Bolivia in a World Cup qualifier earlier this month
Advertisement. Scroll to continue reading.
In this article:arsenal, liverpool, manchester united