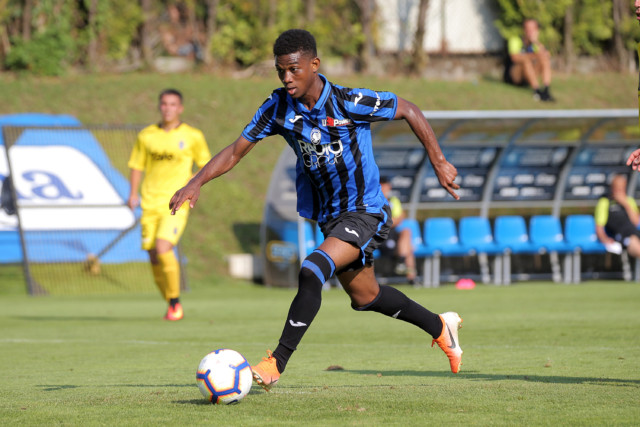 AMAD DIALLO is reportedly already learning English ahead of his move to Manchester United from Atalanta next month.

And the 18-year-old Ivorian winger is now just deciding which shirt number to take up at Old Trafford ahead of his imminent switch.

He had been tracked by United scouts since 2016 after he was spotted at U15 level.

And they are finally set to get their man within the next weeks.

The transfer fee for the teenager is expected to rise to £37million including add-ons.

United beat Italian side Parma after an emotional Facetime call with Solskjaer convinced him to pick the Red Devils.

The deal was finalised back in October but he was unable to join up with them until a later date.

Now he has passed his medical and agreed personal terms, he has also received the green light for a work permit.

According to Norwegian journalist Fredrik A. Filtvedt, the teen is already working on his English.

And he is also trying to decide between two potential squad numbers with his new side.

Diallo reportedly has the choice of wearing either the 19 or 79 for United.

He has been playing with the Serie A side’s academy during the 2020-21 season but made history after his breakthrough to their first-team.

He scored on his debut, making him the first player born in 2002 to score in the Italian top-flight.

It is widely-believed he will link up with United’s U23 side upon his arrival in Manchester before moving up to join Solskjaer’s senior squad.

Did you miss our previous article…
https://www.sportingexcitement.com/football/premier-league/dejan-lovren-offers-up-his-hotel-as-he-joins-chelsea-star-kovacic-in-bid-to-help-earthquake-victims-in-croatia