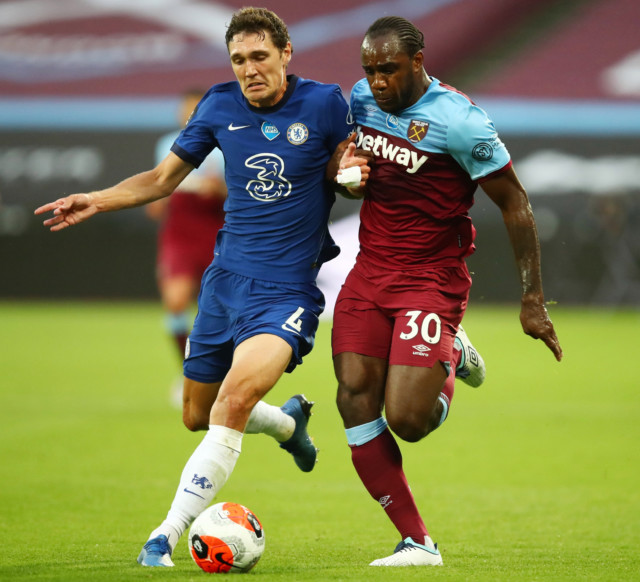 The Danish centre-half has endured two season of struggle and started only six games for previous boss Maurizio Sarri.

But Frank Lampard seems ready to give Christensen another shot to prove he can become a permanent fixture in the backline.

He has featured 17 times for the Blues hero so far this season – and he is ready for his Stamford Bridge career continue for the foreseeable.

Speaking to Sky Sports after a less-than-impressive performance in the 3-2 defeat to West Ham, the 24-year-old said: “I’ve never looked anywhere else.

“I’ve never doubted my situation. I’ve always had my eyes at Chelsea.

“Obviously it was a different situation last season but I still love being here, that’s the short answer.”

Lampard has been keen to give all his centre-halves their chance to impress.

Antonio Rudiger seems to be the first choice, with Christensen battling with Kurt Zouma and Fikayo Tomori for the spot beside him.

Further up the field, the recent additions of Hakim Ziyech and Timo Werner have sent excitement into overdrive with the Stamford Bridge faithful.

And with the likes of Kai Havertz, Philippe Coutinho and Declan Rice all linked with a potential summer switch, Christensen is optimistic for the future.

He added: “We are in a process but I think we are way ahead of time,” he added.

“We know what we are capable of. We feel very comfortable and confident at the moment. [Winning titles] is where we all want to be, so why not?

“We’re all hungry. We have a good balance between experienced people and young, exciting talent. So I think that’s the goal for all of us.”