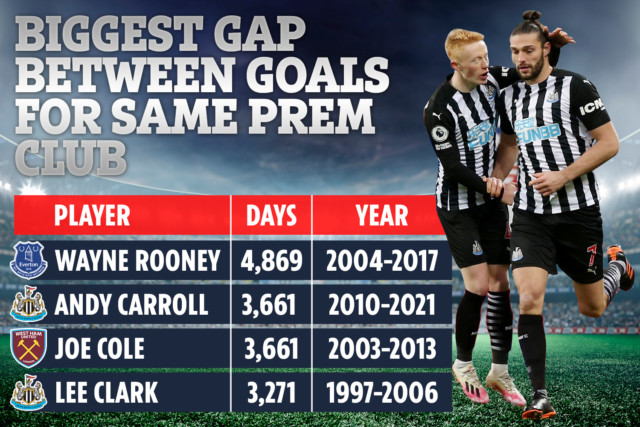 WHEN Andy Carroll scored for Newcastle against Leicester, he ended a decade without a goal in black and white.

His gap between strikes for the same Premier League club – 3,661 days – was the second longest in the competition’s history, behind Wayne Rooney for Everton. 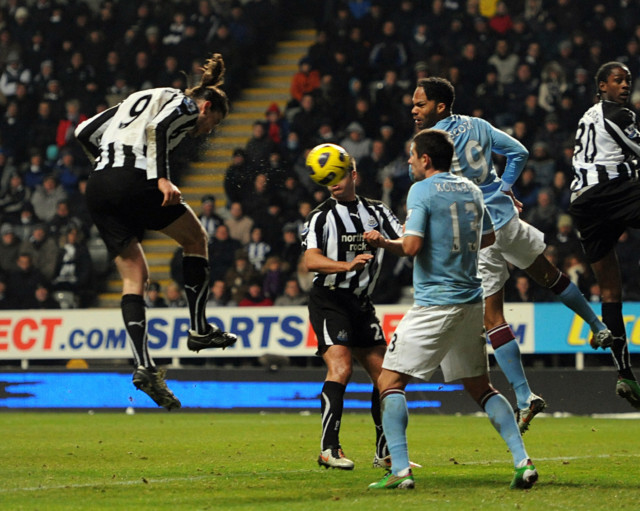 Carroll heads home for Newcastle against Man City in 2010

Ten years and eight days ago, when Carroll netted for the Toon against Manchester City on Boxing Day 2010, the world was a very different place…

For a start, City were still on a 34-year trophy drought – they wouldn’t win the FA Cup until the following year. Then the pots would pile up.

Marcus Rashford was a 13-year-old eating school meals rather than the MBE taking on the government to ensure kids did not go hungry.

Cristiano Ronaldo had yet to win a Ballon d’Or – although rival Lionel Messi had already bagged two.

England’s cricketers had just bowled out Australia for 98 during their historic Ashes victory.

And Anthony Joshua was a troubled young man heading for the bottom of the heap rather than the top of the boxing world.

Away from sport, David Cameron was the leader of a coalition government and Brexit was just something that sounded like a supermarket own brand breakfast cereal.

Barack Obama was President of the USA, a country full of hope. 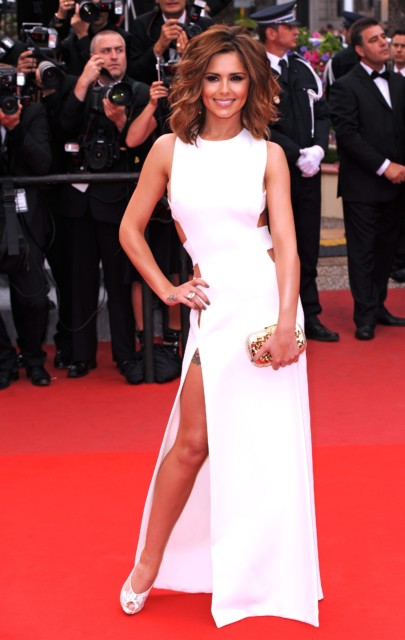 The Duchess of Cambridge was still plain old Kate Middleton – although she was preparing for the royal wedding to Prince William the following year.

Her future sister-in-law, an aspiring actress by the name of Meghan Markle, was guest starring on CSI:Miami before her big break on Suits.

In music, a newly-manufactured band called One Direction had just come third on the X Factor. Now of course, Harry Styles and Co have broken up and Carroll is playing in a side that is more Route One Direction.

Cheryl was still married to Ashley Cole and was FHM’s sexiest woman in the world.

Lady Gaga turned up to the MTV awards in a dress made of meat – she certainly raised the steaks that night.

Maybe he will be watching his goals back on one, taking a trip down memory lane.