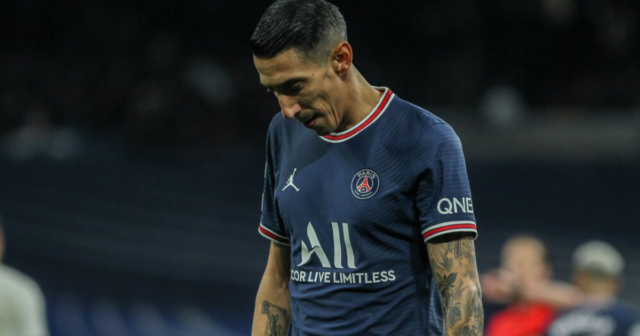 ANGEL DI MARIA is reportedly set to QUIT Paris Saint-Germain this summer in favour of a return to Benfica.

The 33-year-old Argentine joined PSG in 2015 for £44.3million after a nightmare spell at Manchester United who shelled out £60m for him just a season prior.

The winger only managed 32 appearances and four goals during his time at Old Trafford before heading to Paris to kickstart his career.

But after 289 appearances, 91 goals and 115 assists thus far in PSG’s colours – Di Maria is intent on calling it a day when his contract expires this summer.

That’s according to AS, who claim the attacker is fed up of being overlooked at the Parcs des Princes.

And the final straw for the disgruntled Argentine international was when he was omitted from PSG’s line-up to take on Real Madrid in favour of Neymar, AS allege.

Di Maria had been doing a stellar job in filling for the injured Neymar over the last few months.

But PSG boss Mauricio Pochettino chose to place his faith in the Brazilian at Di Maria’s expense as the Ligue 1 side crashed out of the Champions League last-16 at the hands of Real – fuelling his desire to seek new pastures elsewhere.

And according to AS, Di Maria’s got his sights set on a return to Benfica where he made his bones in 2007 before earning a move to Los Blancos in 2010.

However, PSG have already identified Di Maria’s successor in the form of Lyon star Lucas Paqueta, AS went on to report.

But the French titans will have to thwart competition from Arsenal and Newcastle who are also keen on the 24-year-old midfield maestro.

The Gunners view Paqueta as the ideal replacement for the want-away Granit Xhaka who’s been linked with a move to Jose Mourinho’s Roma side.

Although the Magpies will fancy their chances of snagging the Brazil international after acquiring his ex-Lyon team-mate Bruno Guimaraes in January’s transfer window.