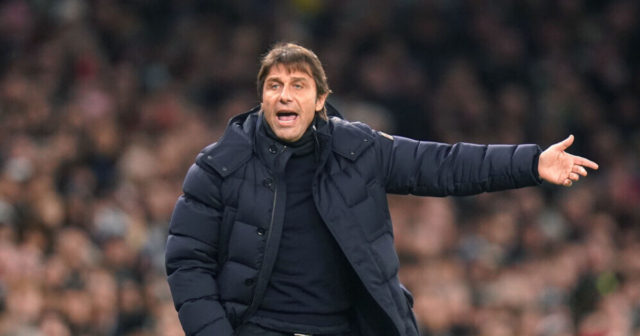 ANTONIO CONTE has given up on guiding Tottenham into the Premier League top four – bizarrely admitting his side have just a ONE PER CENT chance of qualifying for the Champions League.

The Spurs boss takes his team to league leaders Manchester City claiming the North Londoners are now only on par with the likes of West Ham, Leicester, Wolves and even Brighton.

Antonio Conte admits that the task at Tottenham is "totally different" to his previous jobs and offers a frank assessment on making the #UCL next season.

Serial winner Conte, who took over at Tottenham in November, said: “In the past I always say I have to feel only one per cent the possibility to win the league.

“For sure here the situation is strange because maybe I feel the one per cent possibility to have the ambition to finish fourth.

“The situation is different because the level of this league is very high and there is not a lot of space in this moment for other teams than the top teams.

“For this reason and because the level is high and you know every single team want to improve.

“Not only Tottenham but Arsenal, Leicester, West Ham, Aston Villa and Newcastle. Also teams like Brighton and Wolverhampton.

“They all want to improve and at the moment we have to fight with these teams and not the top teams.

After remaining unbeaten in his first nine Premier League matches at Tottenham, Conte has now lost his last three.

Conte told beIN SPORTS: “It’s important to not be scared about this situation now.

“We need to have the desire and the will to fight this situation and to try to rebuild again.

“But for me it’s a totally different situation compared to my past.”