Arsenal 3 Lyon 0: Nketiah shows he’s ready to step in for Gabriel Jesus as Gunners run riot against Lacazette’s side
Advertisement 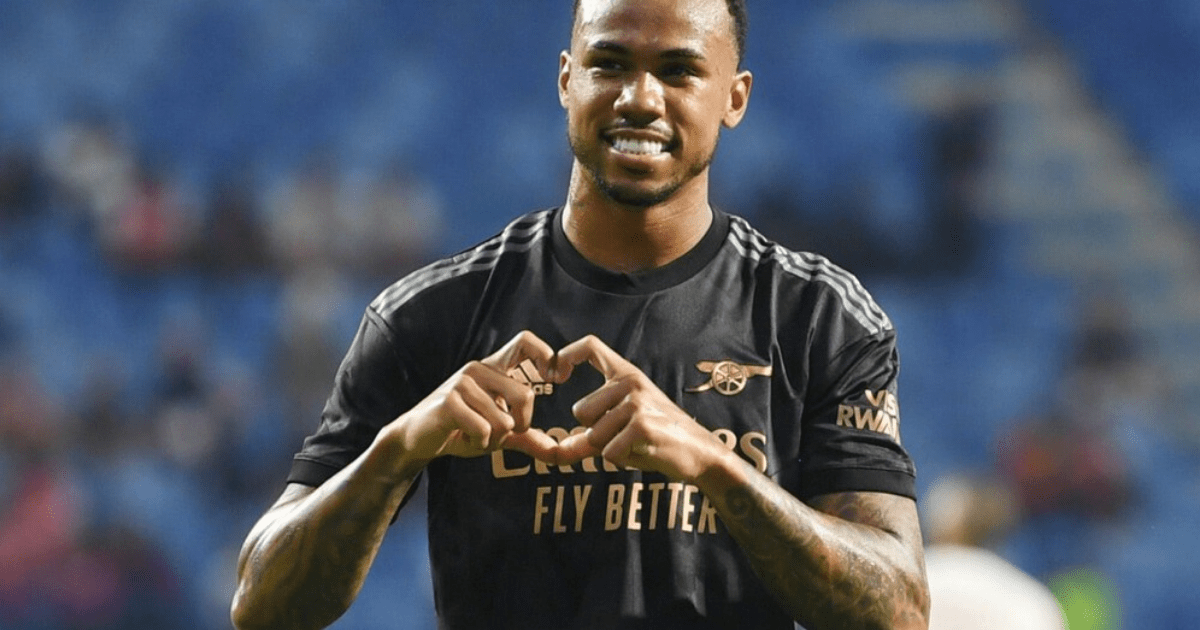 ARSENAL look in dangerous form as they continue preparations to maintain their title tilt across the second half of the season.

The Gunners hammered French side Lyon in the first of two mid-season friendlies in Dubai. 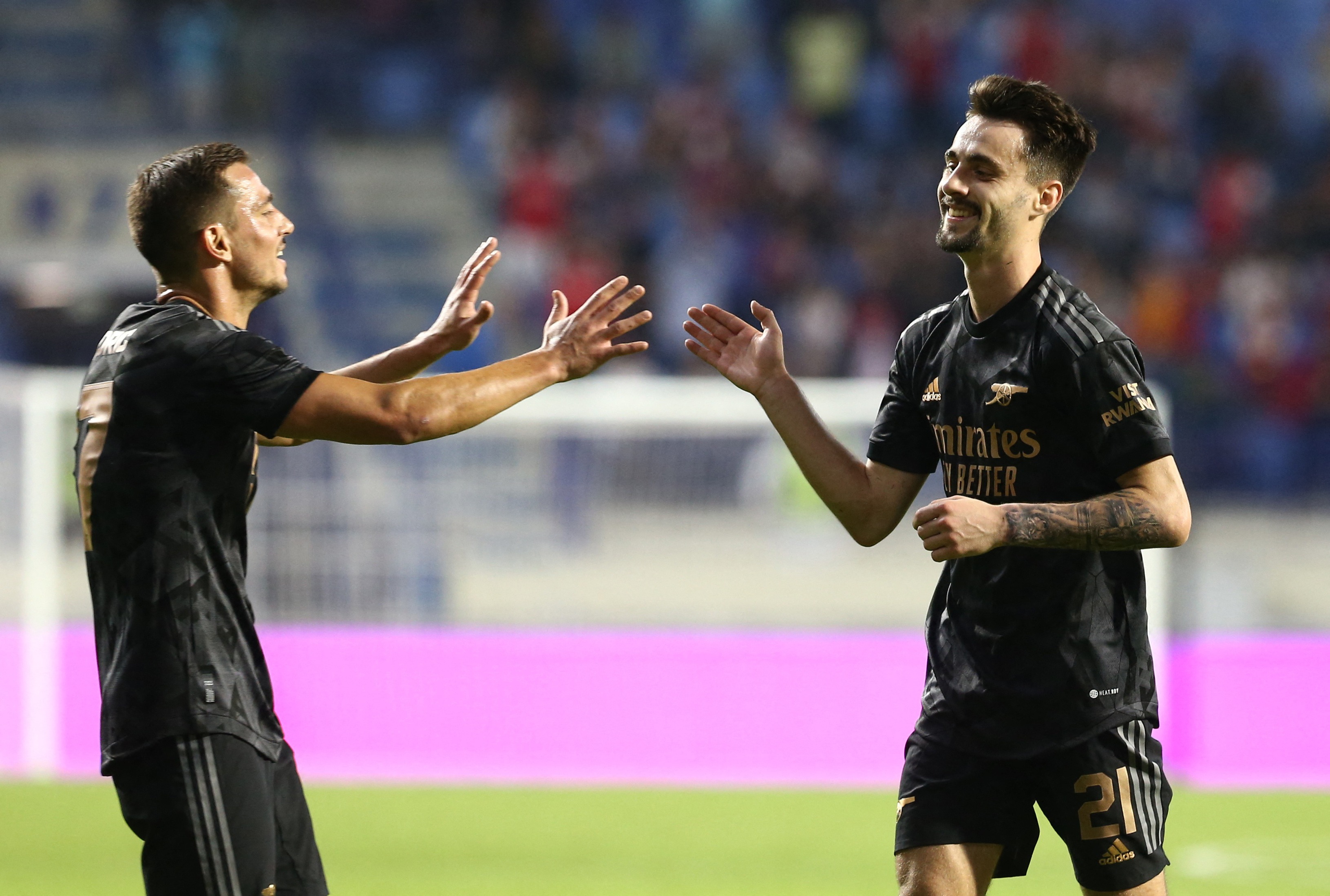 Fabio Vieira celebrates with Cedric Soares after netting the third

What is left of Mikel Arteta’s squad is in the Middle East competing for the Dubai Super Cup, alongside Lyon, AC Milan and Liverpool.

Despite having a number of players across the Gulf in Qatar, Arteta named a strong Arsenal side for their second friendly, following a defeat to Watford.

Captain Martin Odegaard lined up alongside Fabio Vieira and Gabriel, though it was Reiss Nelson who carved the first chance – striking the post inside the opening ten minutes.

The Gunners looked comfortable against a Lyon side which included their former No9, Alexandre Lacazette.

And they took the lead after 19 minutes when Brazilian Gabriel rose highest to thunder home a header from Odegaard’s in-swinging corner.

Arsenal then doubled their lead just after the half-hour mark when Vieira, who had sent an effort hopelessly wide moments earlier, laid Eddie Nketiah off on the break – the forward finishing low into the far corner.

Having set up Nketiah, Vieira had another go himself, this time blasting a fine effort into the top corner from 20-yards as Arsenal asserted their dominance.

Brazilian winger Marquinhos replaced Vieira at the break and almost went one better than the Portuguese, seeing a dipping effort tipped onto the bar shortly after the break.

Arteta then rang the changes, sending on a raft of kids as the game petered out.

With Arsenal and Liverpool not playing one another while they are out here, the tournament here could be decided on ‘bonus points’, awarded to the winner of a penalty shootout which will follow every game, regardless of the result. 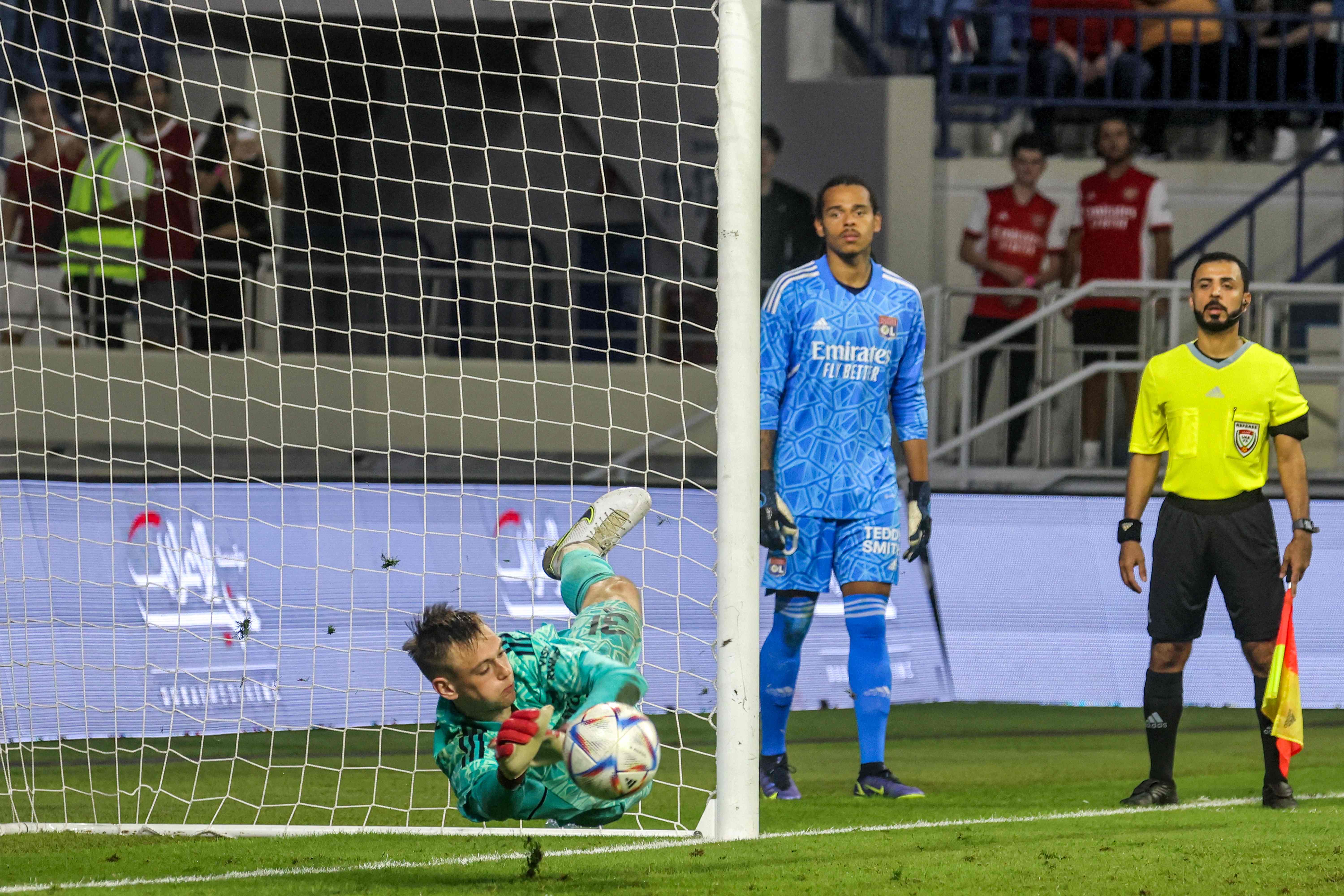 There was a penalty shootout at full-time 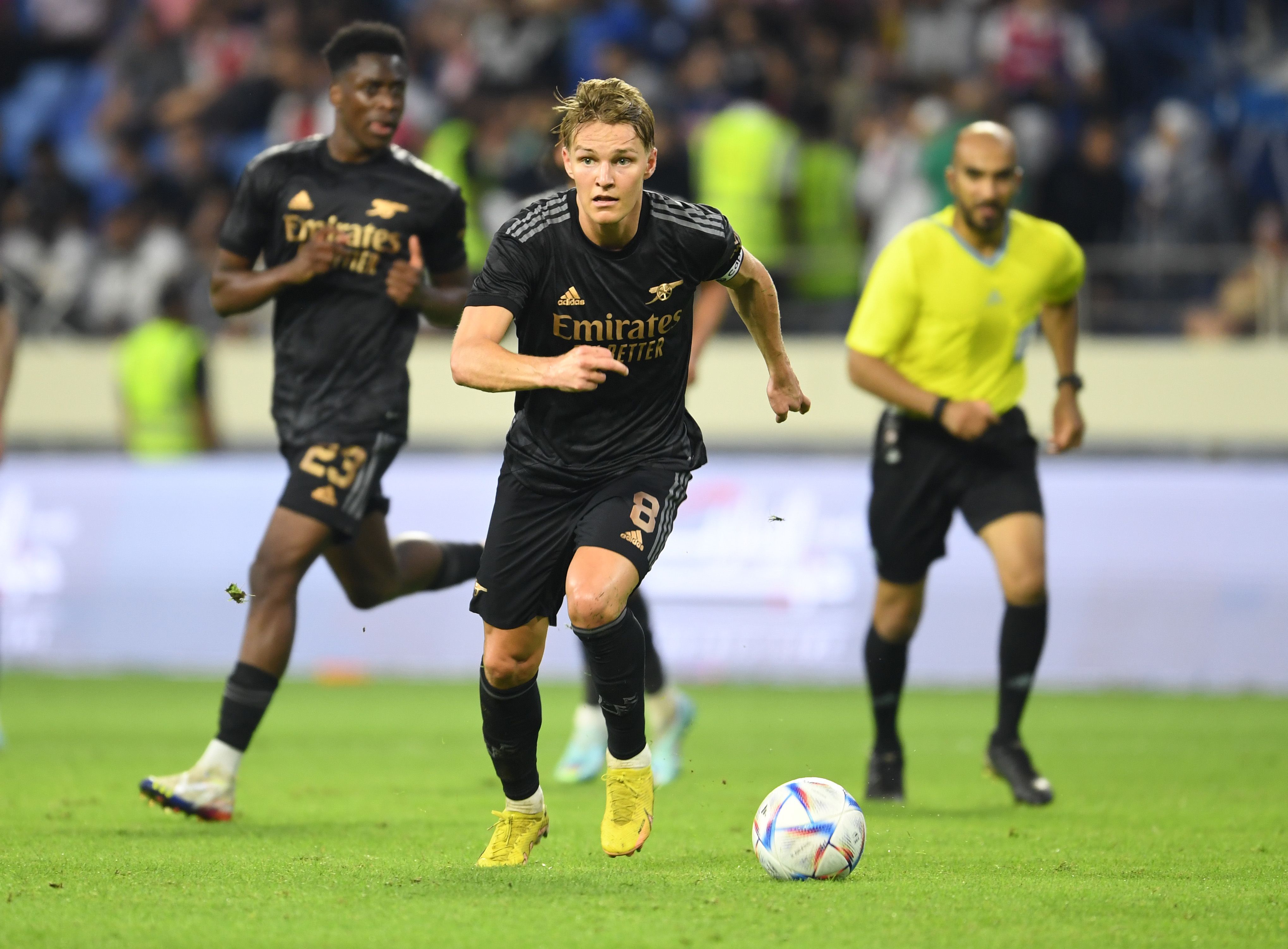 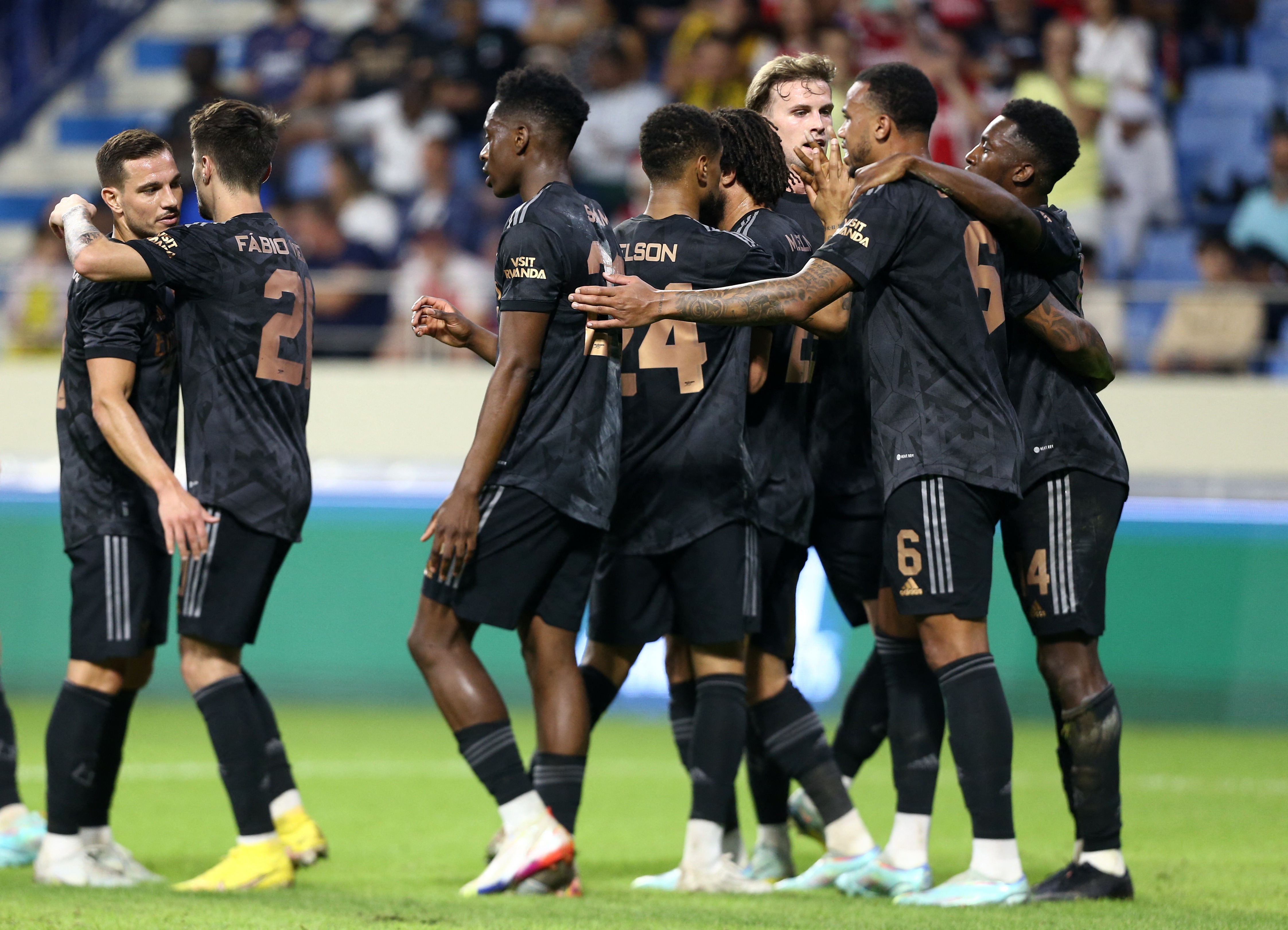 The Gunners eased past Lyon in Dubai 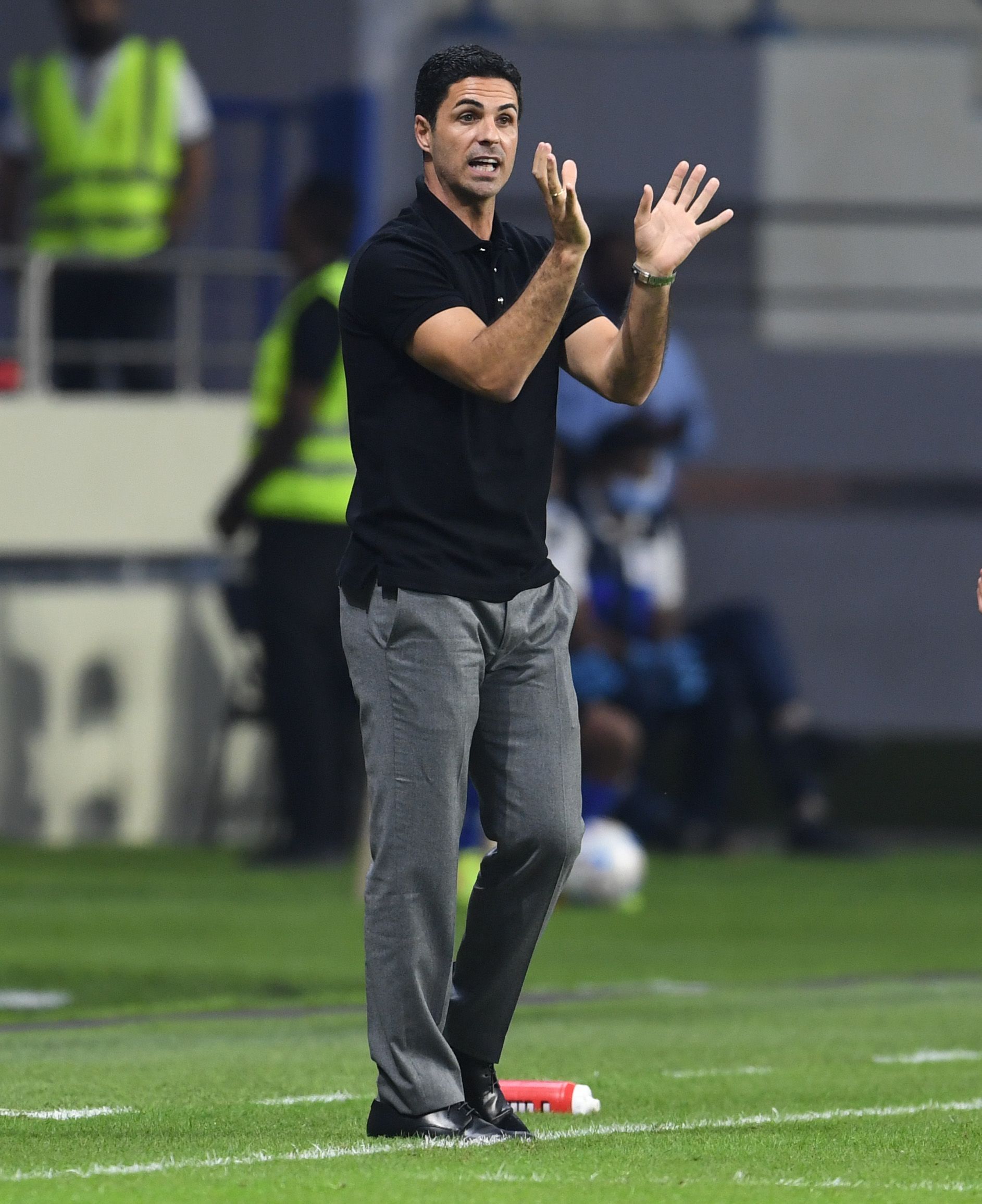 Boss Mikel Arteta watches on from the sidelines