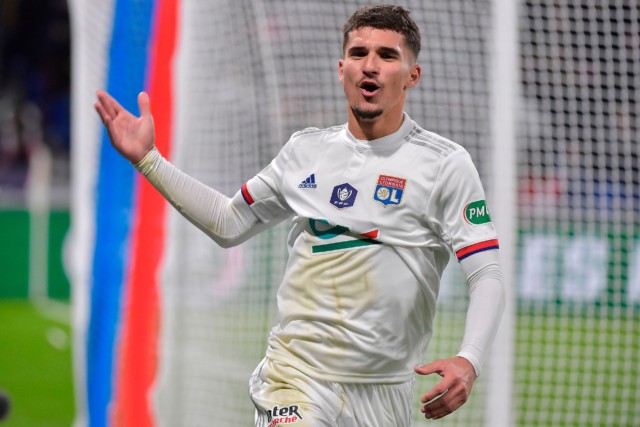 HOUSSEM AOUAR has exploded onto the scene for Lyon.

The 22-year-old midfielder shone in a 3-1 win over Manchester City, and was instrumental in helping the Ligue 1 side reach the Champions League semi-final.

Lyon star Houssem Aouar is a target for Arsenal

His form has alerted Arsenal, who have reportedly had a bid of cash plus outcast star Matteo Guendouzi rejected for the outstanding talent.

With Lyon holding out for £54million for their prize star, the Gunners could be priced out of a move for the French-born playmaker.

Aouar was raised in Lyon by Algerian parents and grew up idolising Zidane.

He still lives with his mum to stay grounded, but forget a move to North London – Aouar has said in the past he’d love to play under Pep Guardiola, who has raved about the exciting prospect.

Like many of France’s footballers with Algerian roots, Aouar idolised Zinedine Zidane as a boy.

“I think Zidane was the player who made me love football because of his way of playing and his behaviour,” he told Players’ Tribune.

His performances have drawn comparisons to ‘Zizou’ – his comfortability and calmness on the ball for one, as well as an ability to take a game by the scruff of its neck.

Those attributes were honed on the streets and in the school playground, where Aouar pretended to be the World Cup winner. 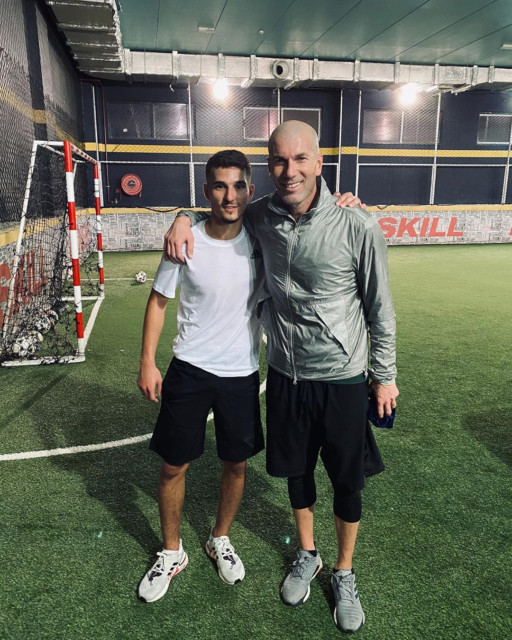 Aouar meets his idol Zinedine Zidane, who he grew up pretending to be 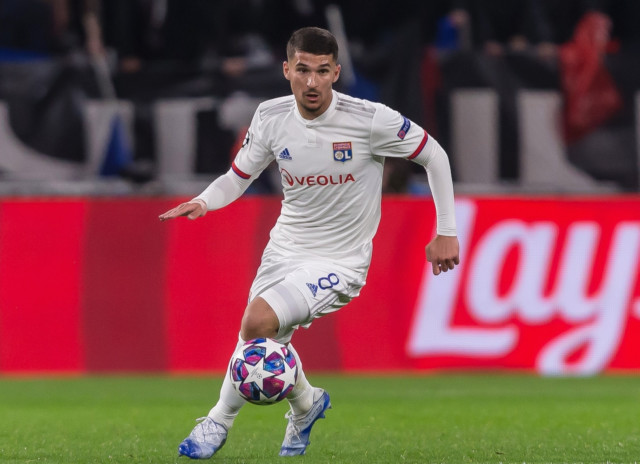 Calm on the ball and blessed with great technique, Aouar has been compared to ‘Zizou’

“When I was a boy, like most kids, I used to pretend to be another player,” he told Ligue 1.

“It was usually Zidane.”

Since making his Lyon debut in 2017, Aouar has become one of the most talked about youngsters in French football.

But he’s very private, shies away from the glitz and glamour a promising starlet like him could attract, and has stressed the importance of his family in the past.

He still lives at home with his mum, who joined him at the 2018 Ballon d’Or ceremony, and dad. That’s despite earning a salary that could afford him a luxury apartment in the Lyon city centre.

It’s that mindset that sets him apart from many players his age.

His reasons with living with his parents are to stay grounded, despite the hype that surrounds him. 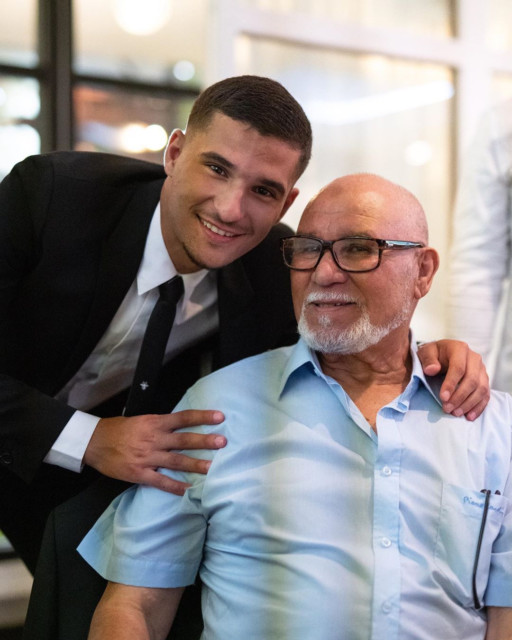 Aouar, 22, still lives at home with his parents 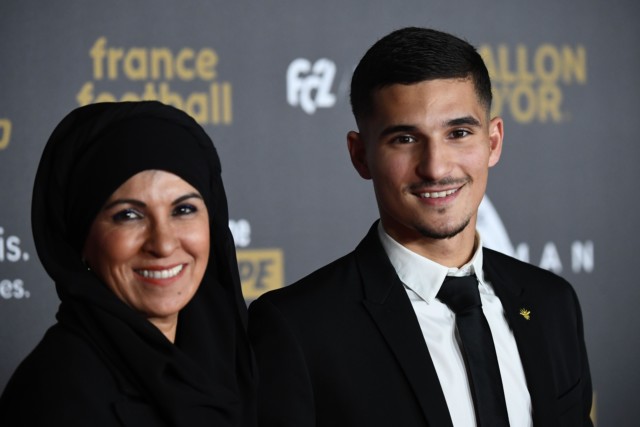 Aouar took his mum to the 2018 Ballon d’Or ceremony

Had the Premier League champions got their way, Aouar could’ve been headlining their midfield.

“Before I signed my first professional contract with Lyon in July 2016, Liverpool were interested in me,” he told Planete Lyon, via the Metro.

“I thought about it hard with those close to me on the decision I needed to take, what was better for my progression.

“I opted for Lyon because it is the club of my heart and my aim was to succeed here, in [Lyon].” 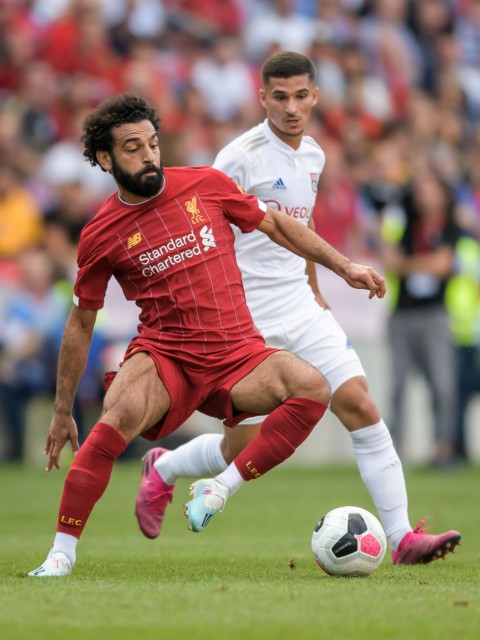 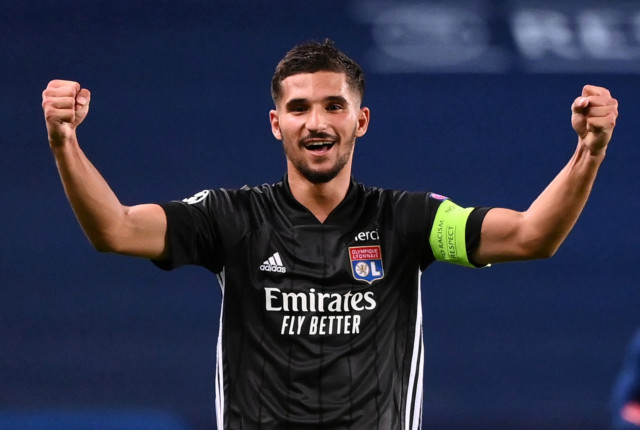 Despite Arsenal’s interest, Aouar has stated his desire to play under Pep Guardiola one day.

“You wouldn’t like to go to City?” Aouar said when he was quizzed by the Bleacher Report about a move to the Etihad.

“It is a great European club and all players have this urge to play for the biggest European clubs, which in addition is led by Guardiola, who for me is a reference as a coach. Guardiola has seen everything before.

“It is extremely good to play his teams and that’s what I like, his way of seeing football.”

And the feeling is mutual for the Spanish boss.

After Aouar dominated his midfield of Fernandinho, David Silva, and Riyad Mahrez in a 2018 Champions League game that ended in a 2-2 draw, Guardiola lavished praise on his opponent.

“[Aouar] is a very good player. He is incredible,” he told Sky Sports. 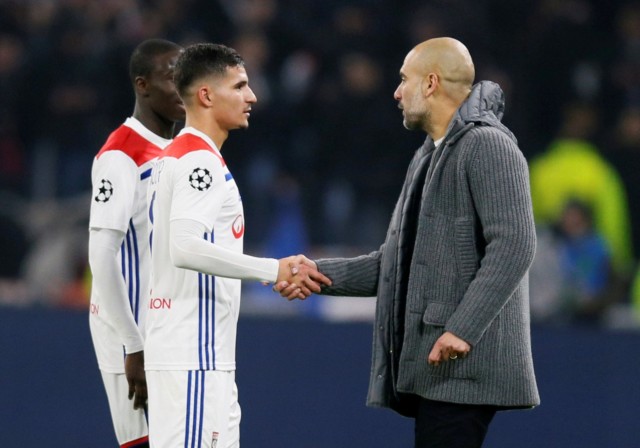 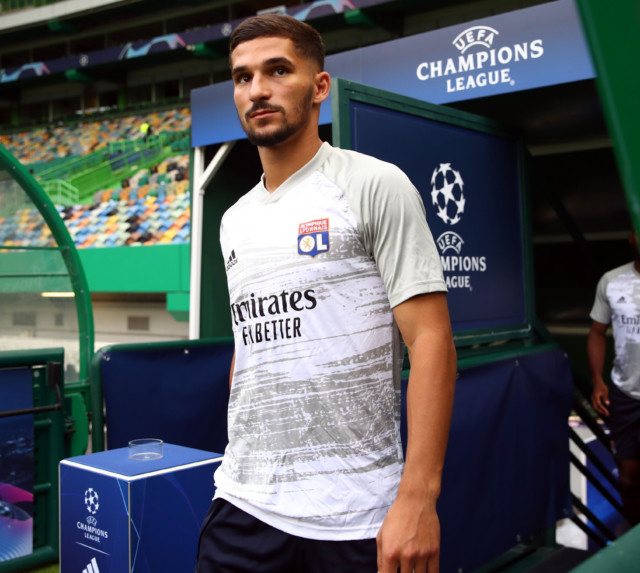 Aouar, himself, has said he would love to play under Guardiola 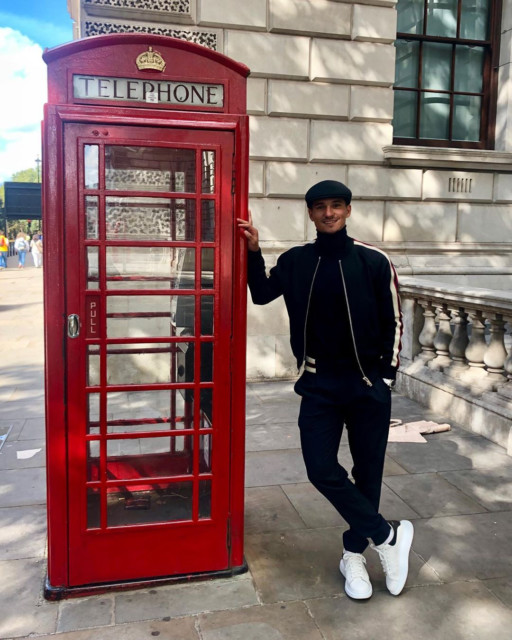 Could Aouar be heading to London?

“He’s always very calm with the ball at his feet, with an excellent technical quality.”

With Lyon admitting they expect Aouar to leave the club this summer, there will be an inevitable scramble for his signature.

And according to Guardiola, whoever gets him will be signing an “incredible” player.