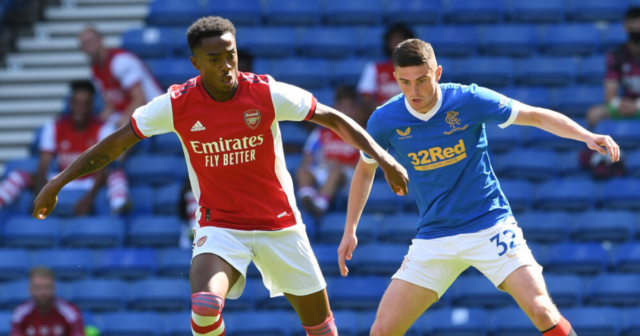 NEWCASTLE are pushing for a fresh deal with Arsenal for Joe Willock.

Steve Bruce has stated that the 21-year-old is once again a target having spent the second half of last season on Tyneside.

And Newcastle boss Bruce, 60, is hoping to discuss the midfielder’s future with the Gunners but is well aware that they hold the keys to a deal.

He told Sky Sports: “The people you’re going to have to ask [about Willock] are Arsenal.

“It’s their decision and Joe’s decision. Of course we’d love to welcome him back, he did great for us.

“He gives us a dimension from midfield which we haven’t got so we’ll keep bashing away at it.”

Bruce was speaking after Newcastle‘s 3-2 win at Doncaster on Friday to continue their pre-season preparations.

Willock has already appeared for Arsenal in a 2-2 friendly draw at Rangers as he looks to earn a place in Mikel Arteta’s squad.

The North London outfit have signed Albert Sambi Lokonga from Anderlecht and the Belgian will likely prove to be direct competition to the academy graduate.

However, Martin Odegaard and Dani Ceballos have returned to Real Madrid to free up space in the midfield.

Arteta confirmed at the end of last season that Willock does have a future at Arsenal.

The Spaniard said: “He has a chance, he is a player we really like.

“At the end of the season he will come back here and then we will make the decision again for what is best to move forward.”