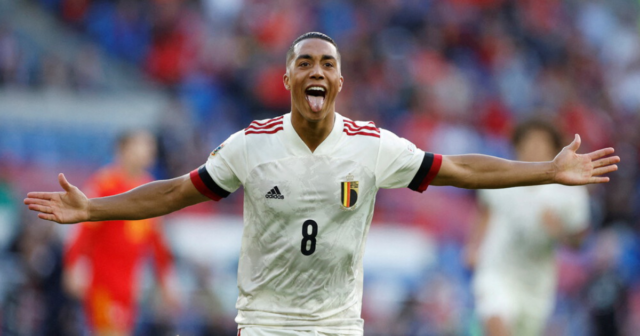 YOURI TIELEMANS has reportedly agreed personal terms with Arsenal as he edges closer to departing Leicester.

However it has been said that the Gunners are yet to make an official offer to the Foxes, with Manchester United and Newcastle joining the race to sign him.

The 25-year-old is expected to leave the Midlands outfit this summer with his contract at the King Power Stadium to expire next year.

Mikel Arteta is known to be an admirer of the Belgium international as he looks to bring the No8 to the Emirates.

It had been thought that Arsenal were to secure his services in June, but they have dithered over a deal, leading the Red Devils to eye up a move.

And according to transfer guru Ben Jacobs, Newcastle are also keen on the ex-Monaco ace with sporting director Dan Ashworth making enquiries to Leicester.

He has also stressed that Erik ten Hag‘s interest could force Arsenal into making a first offer.

Should Arsenal and Leicester agree a fee, Tielemans would then opt to make the move to North London ahead of any other side.

Jacobs tweeted: “Youri Tielemans update. Still no formal offers made. Tielemans wants to join Arsenal and Edu still in touch with his agent.

“Arsenal have agreed terms, and worked on the deal for a year, but have never placed an official bid.

“Tielemans was actually a Ralf Rangnick target but didn’t want to join Man Utd under him.

“If Arsenal reach an agreement with Leicester, told Tielemans will sign. But for now, Arsenal haven’t decided on him.

“The genuine interest from Man Utd may force Edu to make a decision quicker than expected, especially if ten Hag pitch proves appealing.”

Jacobs then stated how Leicester could offer Tielemans a new deal should no club make a formal approach for the player.