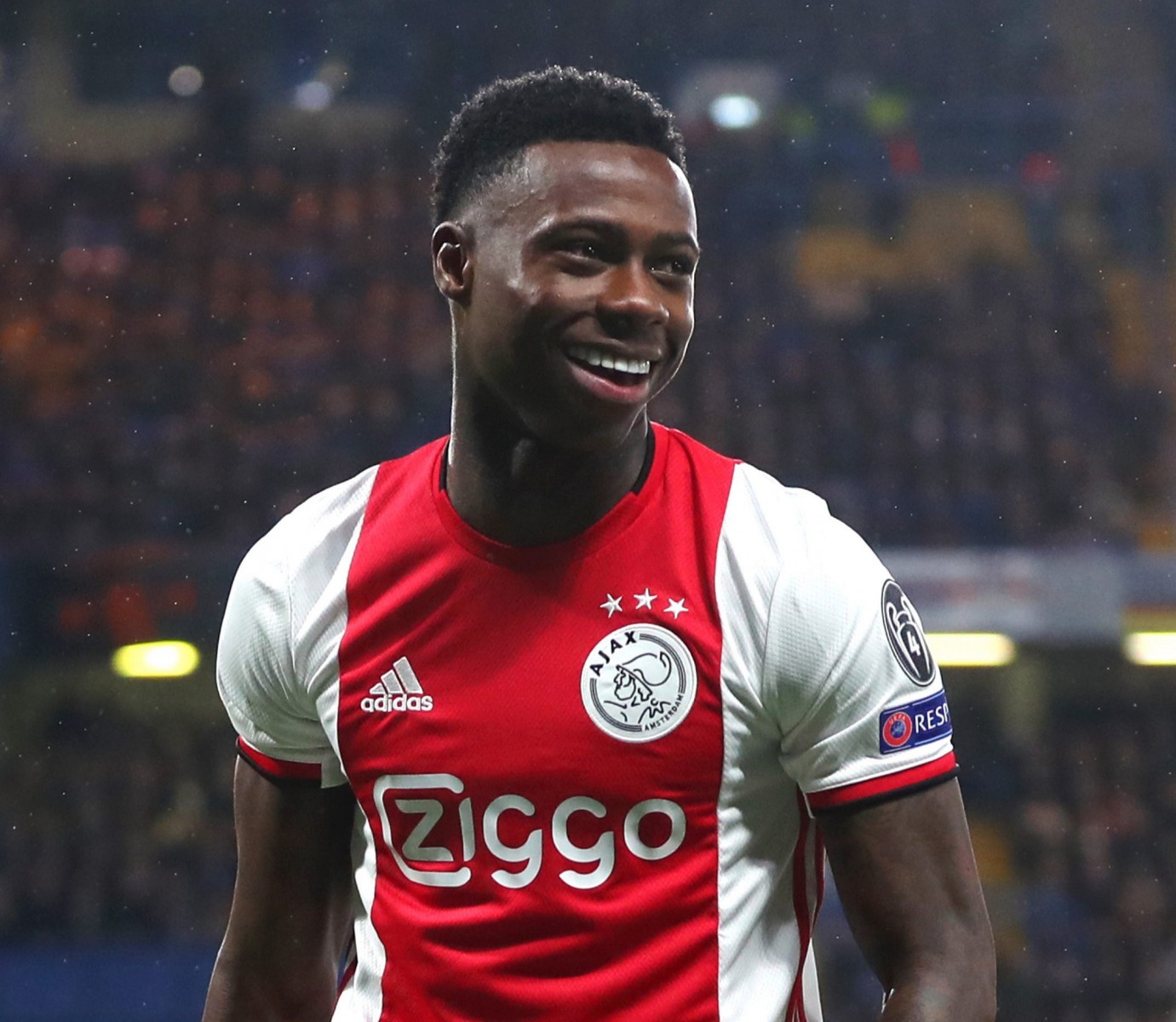 LIVERPOOL and Arsenal are reportedly chasing Quincy Promes after the Ajax star opened the door to a Premier League transfer.

The Dutch forward, 27, was in top form on Tuesday night as he helped his side take a 4-1 lead at Chelsea.

Frank Lampard’s side battled back against the nine men of Ajax to earn an incredible 4-4 draw.

But it was the performance of Promes that stood out for many as he grabbed a goal and an assist at Stamford Bridge.

After the game, Promes was asked about a potential move to England and he certainly did not rule it out.

As reported by Goal, he said: “To me, if I have a chance, maybe in the future.”

And according to the Mail, Arsenal and Liverpool are both eyeing swoops after previous interest in the winger.

Promes has been on the radar of Liverpool for a long time and was even linked with a move to Anfield three years ago.

With Sadio Mane about to head off to the Africa Cup of Nations, reports suggested the then-Spartak Moscow man could be a target.

And even before that, Jurgen Klopp was interested in teaming up with Promes during his time with Borussia Dortmund.

Instead he moved from Spartak to Sevilla last year but spent just one season with the La Liga side before making a 14million move back to Ajax.

He is under contract in Amsterdam until 2024 after penning a five-year deal this summer, returning to the club where he was part of the academy.

In 17 appearances this season, he has already racked up 11 goals and three assists, usually operating from the left-wing.

With that goalscoring record, he would provide suitable competition for the front three of Mane, Roberto Firmino and Mo Salah at Liverpool.

And down at Arsenal, he would surely provide the goals and excitement that has been lacking this season.

Record-signing Nicolas Pepe has failed to really find his feet just yet, with his only Prem goal coming from the penalty spot in September.