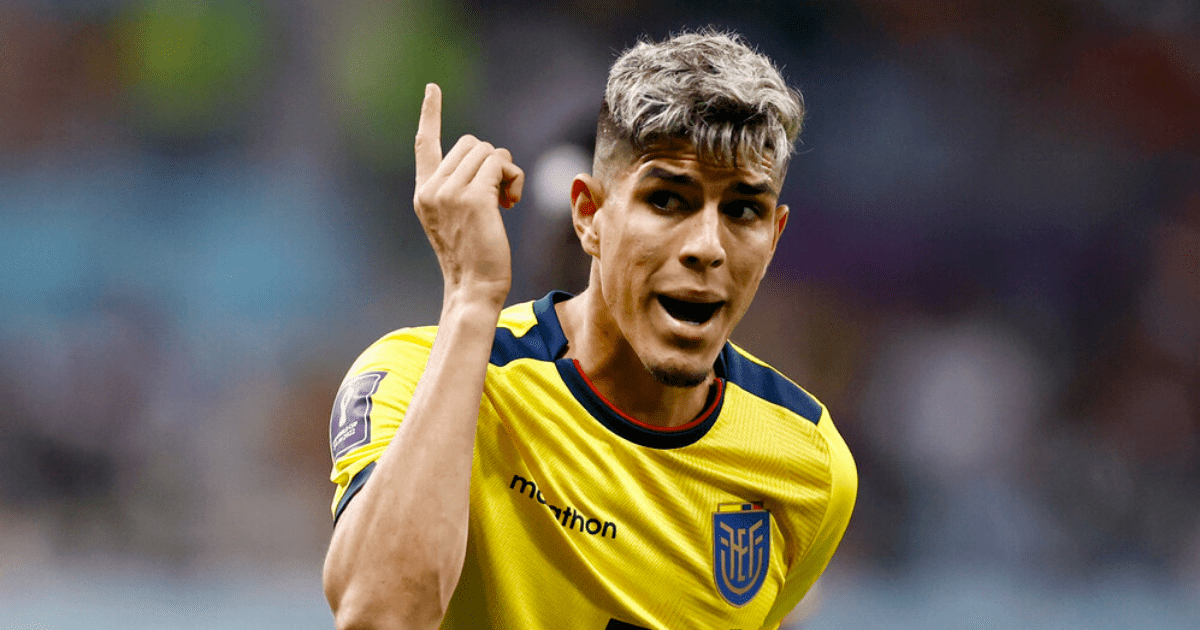 NORTH LONDON rivals Tottenham and Arsenal are in a transfer battle to sign 20-year-old defender Piero Hincapie, according to reports.

The neighbours are already looking towards January and have the Bayer Leverkusen star in their sights.

Piero Hincapie played at the World Cup with Ecuador

Hincapie only arrived in Germany in the summer of 2021 from South American club Talleres de Cordoba.

But his rapid progression for club and country has seen him attract the attention of some of Europe’s top clubs.

The 20-year-old has already racked up 24 caps for Ecuador, three of which came at the World Cup.

Meanwhile, he’s established himself as a regular at club level, splitting his time on the pitch between centre-back and left-back.

According to Italian outlet Calcio Mercato, Serie A quartet AC Milan, Inter Milan, Napoli and Roma are all also the race for his signature.

Hincapie, who played every minute in Qatar, is valued at £25m.

Although SunSport exclusively revealed earlier this month Spurs have been told they must pay at least £34m to land Hincapie.

Both Tottenham and Arsenal, who are five points clear at the top of the Prem, have enjoyed good seasons.

But the rivals are still looking to bolster their squads ahead of what could be a gruelling second half of the season after the World Cup.

Advertisement. Scroll to continue reading.
In this article:bayerleverkusen, demanding, foryears