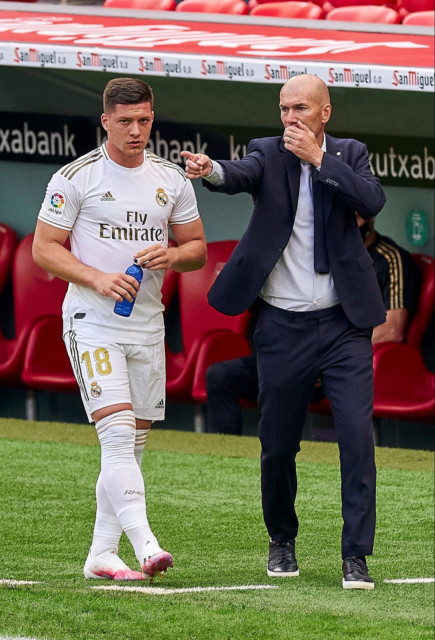 ARSENAL have been dealt a blow following reports that Monaco have made their move to sign Real Madrid flop Luka Jovic.

The report adds that the former Bayern Munich boss, who replaced Robert Moreno at Monaco last week, has already held talks with Jovic.

The pair are represented by the same agent, Fali Ramadani, and Kovac has already managed the Serbia International at Eintracht Frankfurt.

The 48-year-old is said to be keen on a reunion with Jovic, with a loan the most likely option at this stage.

The 22-year-old was touted as the next big thing last summer after he sealed a £54m move to LaLiga champions Madrid.

But the striker has endured a year from hell in La Liga with Zinedine Zidane now ready to listen to offers for him.

It had been speculated that Mikel Arteta earmarked Jovic as a possible replacement for Pierre-Emerick Aubameyang at Arsenal.

But SunSport previously reported how the Gunners face competition from Milan in the race to prise the Serbian away from Madrid.

The Serbian has scored just twice in 26 games in all competitions during his first year in Spain.

Jovic’s problems have not just been on the field, with the player also involved in a number of coronavirus controversies throughout the pandemic.

He had previously been warned by former coach Dragoslav Stepanovic that he is ruining his career after breaking quarantine rules in March to fly to Serbia to visit his girlfriend.