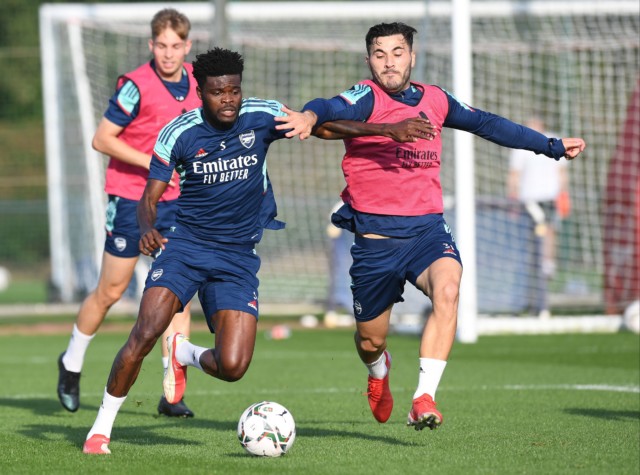 The midfielder, 28, appeared alongside his team-mates at London Colney on Tuesday.

That is despite the fact he limped off late on in Saturday’s 1-0 win at Burnley.

Partey had already missed action this season with ankle and knee problems so there were further concerns at Turf Moor.

But pictures from Arsenal’s training session yesterday showed the Ghana international getting stuck in.

The ex-Atletico Madrid man enjoyed a good battle with Sead Kolasinac as well as taking on Mohamed Elneny and Bukayo Saka during the action.

And in a further boost for boss Mikel Arteta, Kieran Tierney was also involved.

Like Partey, the Scottish star was forced off at Burnley – this time with cramp.

And even though he is likely to be rested for the Carabao Cup clash against AFC Wimbledon tonight, he looks on course to be available for Sunday’s North London Derby.

Speaking ahead of the knockout tie against the League One Dons, Arteta said: “I hope that I can put out the strongest team I can.

“That means that the players have performed really well and then give a really strong performance and this is what we want to do.

“Let’s see who’s available, how they recover and what is the best way to approach the game.

“Wimbledon are really direct, physical but at the same time, they have a big goal threat in many situations, so it will be a tough opponent.” 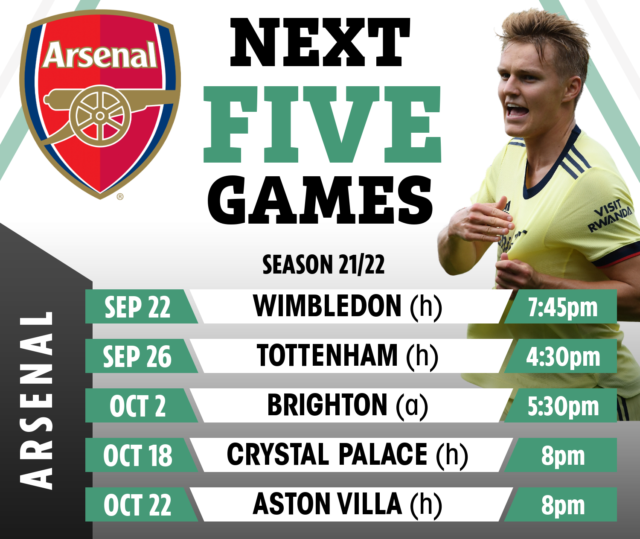 Approximately 48,000 tickets have already been sold for tonight’s game at the Emirates and Arteta is delighted so many fans are set to turn out for it.

He added: “I am really happy to hear that because the boys are really looking forward to playing at the Emirates again in the cup.

“Winning that game is the only priority right now and then we can think about Spurs and how special that is as well.” 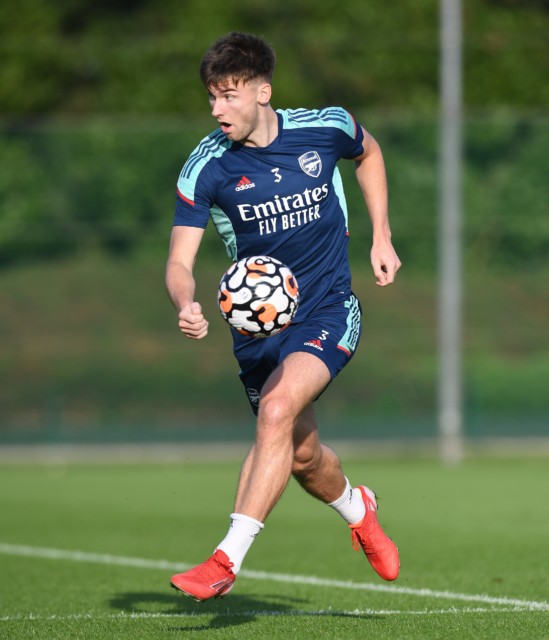 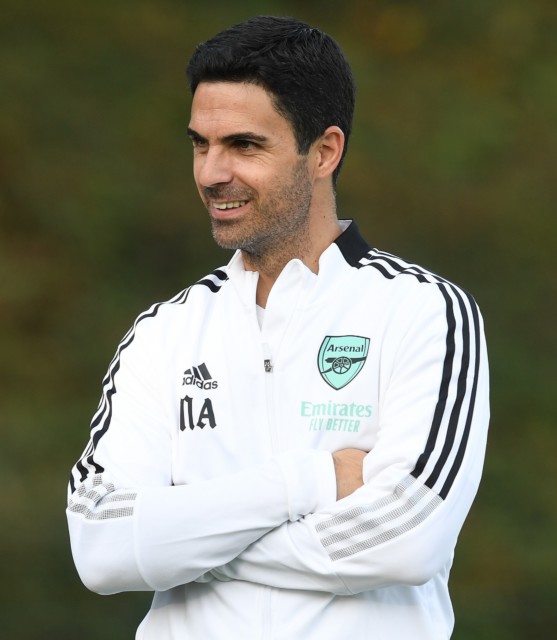