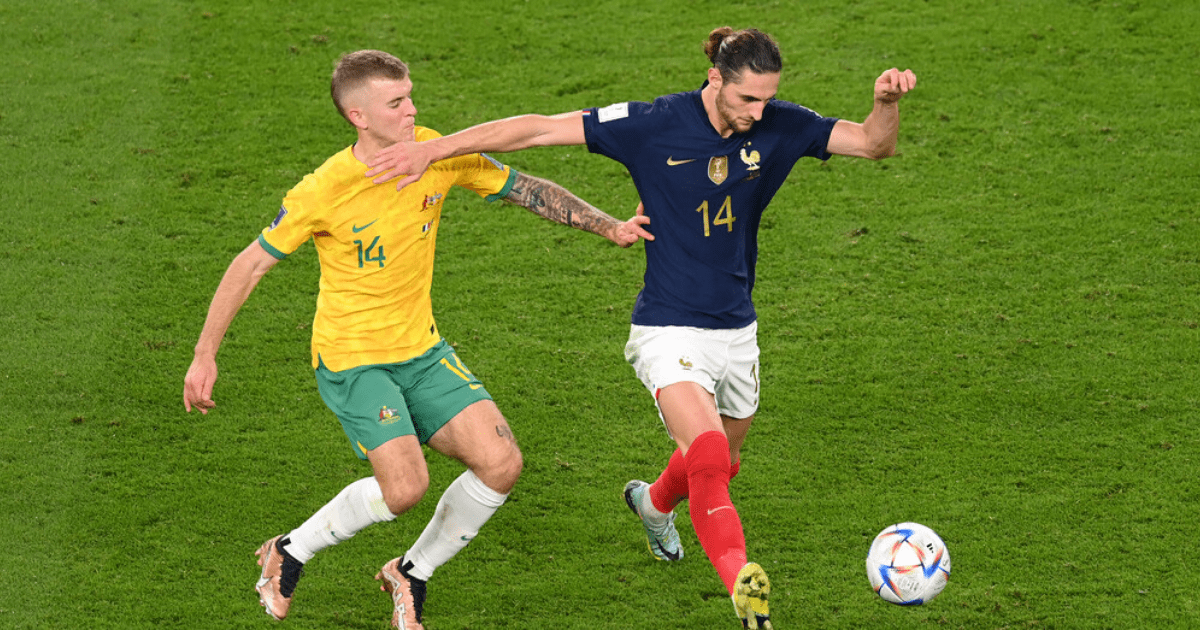 ADRIEN RABIOT could finally complete a transfer to the Premier League despite his summer move to Manchester United collapsing, according to reports.

The Frenchman was close to sealing a move to Old Trafford over the summer but saw the £15million deal fall through.

Adrien Rabiot enjoyed a strong start to the World Cup

However, following a strong performance against Australia at the World Cup, including a goal, Rabiot has returned to the radar of a number of top Premier League outfits.

Calciomercato report the midfielder is being monitored by London trio Arsenal, Chelsea and Tottenham.

Rabiot, 27, wants a contract worth £8.6m per net – a figure the three are all prepared to offer.

And with his contract expiring next summer his negotiation position with a hesitant Juventus is only being strengthened.

Ultimately, the move fell through due to his agent mum’s excessive wage demands – with demands of a package which would have set him alongside Portugal star Bruno Fernandes.

United ended up acquiring five-time Champions League winner Casemiro instead, and while Erik ten Hag satiated his need for midfield reinforcements, Arsenal and Chelsea will be front of the queue for a new one in the summer.

Arsenal saw three bids for Brazilian Douglas Luiz rejected on deadline day as Mikel Arteta desperately searched for an extra man to cover for any absences to his league-leading first team.

On the other hand, Chelsea are set to undergo a midfield overhaul as the ageing spine of the Stamford Bridge outfit wears itself down into disrepair.

Advertisement. Scroll to continue reading.
In this article:adrienrabiot, insummer, manutd