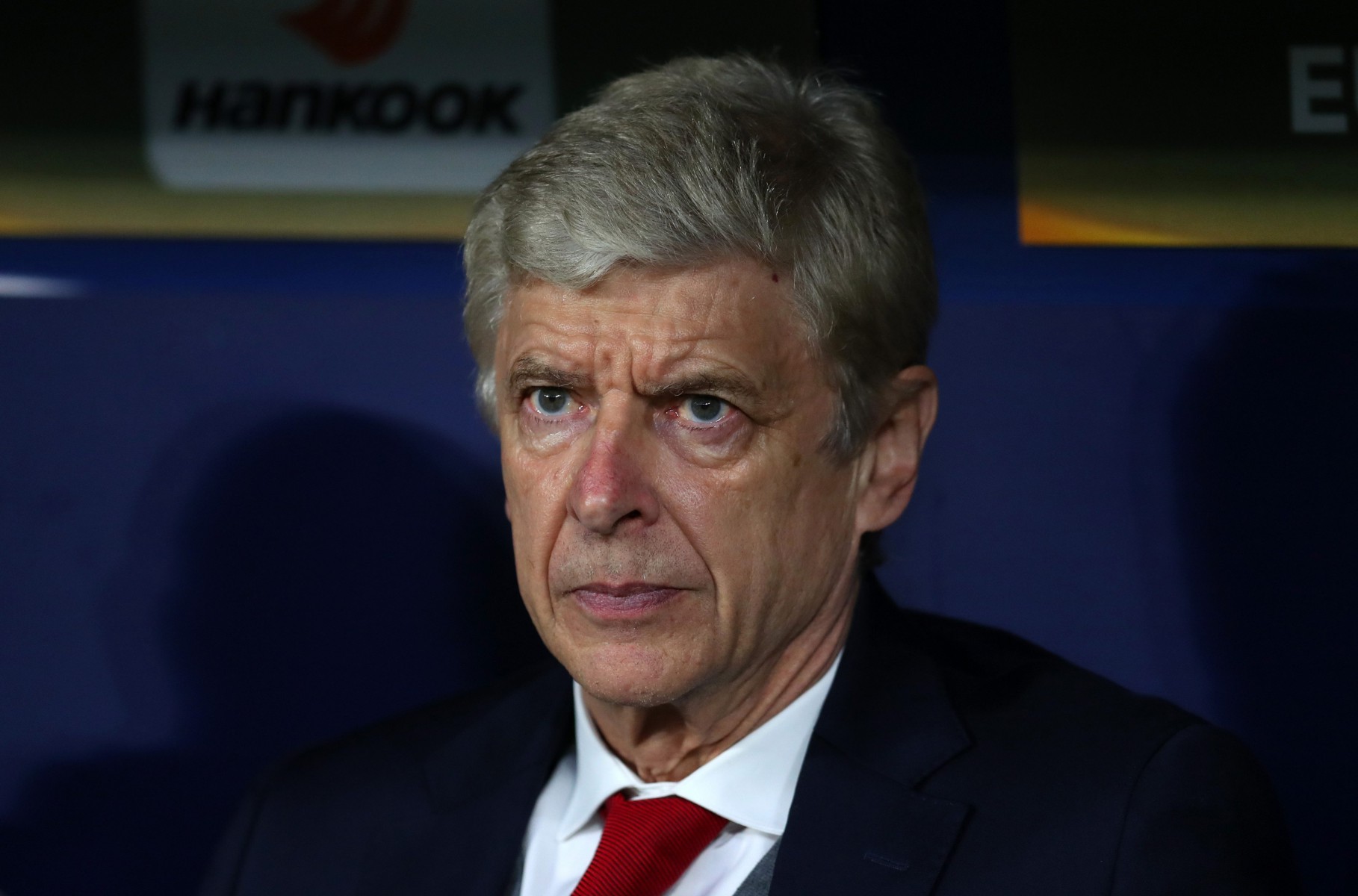 THE final whistle resulted in a damning verdict from Arsenals stats-obsessed boardroom.

Aware that Arsene Wengers final 48 Premier League games had been compared with Unai Emerys opening 48 matches, one of the hierarchy remarked: We were better under Wenger.

In that period, when Arsenal could not wait to bring in a new coach, they scored 93 to Emerys 88 and kept 18 clean sheets to Emerys ten.

On Sunday, in mutinous conditions against Crystal Palace, they conceded two more in a wretched draw at the Emirates.

Emery was supposed to be an upgrade on Wenger, a coach with a continental skill-set and the ambition to shape the future of a modern Arsenal.

Instead they are standing still. That is the view from the top, with the boardroom mirroring the rage that is being felt among Arsenals famously volatile fanbase.

Josh Kroenke was in town and watched his fathers 1.8billion asset let a two-goal lead slip against these upwardly mobile Palace boys.

Champions League football, with its guaranteed riches for reaching the group stage, remains the target across the club.

To do it, they will need to suppress yet another Arsenal uprising.

Granit Xhakas dad Ragip was in the stands when the substitutes board went up after 61 minutes on Sunday.

Ragip has been through plenty in life, a 3-year spell rotting in jail as a political prisoner in the former Yugoslavia chief among them.

He is a tough cookie as you would expect but nothing can prepare a parent for the send-off his son got against Palace.

It revived memories of a similar incident in December 2008, when Wenger was forced to take off Emmanuel Eboue who was only introduced in the 32nd minute because the atmosphere was so toxic.

That 1-0 win over Wigan was especially unpleasant, the Emirates tortured Eboue and eventually broke him. He never recovered.

Swiss midfielder Xhakas reaction over the coming days is critical because he came mighty close to tearing that shirt off and throwing it somewhere in utter disgust.

Graeme Le Saux did that during the early phase of his Chelsea career, hurling it at manager Ian Porterfield when he was hooked.

But something inside 27-year-old Xhaka made him stop.

This was by no means Xhakas worst performance in an Arsenal shirt but the score had gone from 2-0 to 2-2 on the captains watch.

Somebody ie Xhaka was going to get it.

Despite his very obvious limitations as a footballer, he deserves better because he is the only player to front up when Arsenal play badly which is often.

It was only a few days earlier, when Patrice Evra questioned their character after defeat at Sheffield United, that he responded by saying it was bulls***.

At least Xhaka cares. He wears the armband because the dressing room, in a bizarre vote staged by Emery, nominated him for the responsibility.

It is no good when Arsenal fans constantly harp on about the great captains Tony Adams, Patrick Vieira they watched when they were in the thick of things in English football.

They are now a faded force, a second-tier team fighting for the scraps behind Liverpool and Manchester City.

It is supposed to be Emerys job to squeeze the pips out of ordinary footballers and to pass on his presumed tactical wizardry.

He has a different approach to Wenger, distancing himself from all the pomp and ceremony that goes with this prestigious job.

Emery has little time for fan engagement and social responsibility, palming it off where possible and insisting he is pre-occupied with tactics and team shape.

Around the place he is somewhat detached and aloof, isolating himself at the training ground and rarely taking soundings outside of his coaching staff.

Fine to do that fella, crack on, so long as you are getting results.

The reality is that Emery is off course, steering the club away from their publicly stated target of getting Champions League football. He was a Europa League specialist at Sevilla, winning it three times on the trot in a decorated spell.

That backdoor route into elite European football is still open after easy group-stage wins over Eintracht Frankfurt and Standard Liege, plus a gutsy victory over Vitoria Guimaraes on Thursday.

It is still nowhere near enough. If you asked many Arsenal fans for their dying wish right now, the reflex reaction would be to see Mesut Ozil wearing the shirt again.

They have convinced themselves he will solve all of their problems, that one drag back or one silky spin of his la roulette move will bring them back to life.

It will take more than that to resuscitate this lot, who face a Carabao Cup trip to Anfield on Wednesday.

Emery has chosen his path and his players, working with a squad short of serious quality.

He remains convinced he can get them across the line and take the club back to the Champions League at the second time of asking.

Unfortunately, the numbers do not stack up in his favour.